Following a Type A meeting with the FDA to discuss deficiencies raised in a complete response letter pertaining to the new drug application for the use of oral paclitaxel encequidar in patients with metastatic breast cancer, the biopharmaceutical company Athenex, Inc. announced that their resources will be redeployed to focus on other studies examining oral paclitaxel. 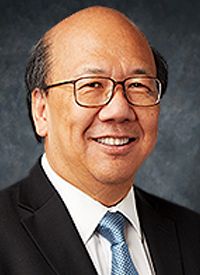 Following a Type A meeting with the FDA to discuss deficiencies raised in a complete response letter (CRL) pertaining to the new drug application (NDA) for the use of oral paclitaxel encequidar in patients with metastatic breast cancer, the biopharmaceutical company Athenex, Inc. announced that their resources will be redeployed to focus on other studies examining oral paclitaxel.1

In the CRL, which was issued in March 2021, the regulatory agency stated that although the review cycle for the application was complete, the application was not ready for approval due to safety concerns, as an increase in neutropenia-associated effects had been observed in those who received the treatment vs those who were administered intravenous (IV) paclitaxel.2

The FDA also shared concerns regarding the data from the primary end point of blinded independent central review (BICR)–assessed objective response rate (ORR) at week 19 in the single pivotal phase 3 trial evaluating the regimen. It was stated that the BICR reconciliation and reread process could have introduced unmeasured bias and influence on the review.

At the time, the agency had recommended that the company initiate a “new, adequate, well-conducted” trial in patients with metastatic breast cancer that would be representative of the population of patients cared for in the United States. They also specified that more risk-mitigation approaches, such as dose optimization and/or the exclusion of those considered to be at increased risk of toxicity, be utilized to improve safety.

The purpose of the Type A meeting was to further discuss a proposed design for such a trial, and to consider the potential US regulatory path forward for oral paclitaxel in this disease.

“We had an informative meeting with the FDA, which was an important step to assessing the US regulatory pathway for oral paclitaxel in metastatic breast cancer,” Johnson Lau, MD, chief executive officer of Athenex, Inc., stated in a press release. “After careful consideration of the FDA feedback, we have determined to redeploy our resources to focus on other ongoing studies of oral paclitaxel and our promising CAR natural killer T-cell and T-cell receptor therapies to maximize value for all stakeholders. We also remain committed to serving patients utilizing products manufactured by our specialty pharmaceutical business (APS and APD).”

The NDA for oral paclitaxel plus encequidar was supported by data from a phase 3 trial, which had showed that this approach significantly improved ORR vs IV paclitaxel in patients with metastatic breast cancer, meeting the primary end point of the research.3 The oral approach elicited an ORR of 36% vs 24% with the IV approach in this population.

Responders who experienced a duration of response to treatment that continued for 150 days or longer was found to be 2.5 times longer than what had been reported with IV paclitaxel.

The trial enrolled a total of 402 patients who were then randomized in a 2:1 fashion to receive oral paclitaxel plus encequidar (n = 265) or IV paclitaxel (n = 137). The primary end point of the trial was ORR per RECIST v1.1 criteria at 2 consecutive time points. Baseline patient characteristics were noted to be balanced across the treatment arms.

The treatment arms experienced similar rates of neutropenia; however, more patients who received the oral approach experienced grade 4 neutropenia and infection. A higher rate of gastrointestinal toxicities was observed in the investigational arm vs the control arm.