First-line treatment with the third-generation ALK TKI lorlatinib (Lorbrena) significantly improved progression-free survival (PFS), and also was associated with higher overall and intracranial response rates, compared with crizotinib (Xalkori) in patients with ALK-positive non–small cell lung cancer (NSCLC), according to data from a planned interim analysis of the phase 3 CROWN trial that were presented at the 2020 ESMO Virtual Congress.

The intracranial objective response rate (IC-ORR) was 82% in patients with measurable brain metastases, with a complete response (CR) rate of 71% with lorlatinib, along with a significantly prolonged time to IC progression, versus crizotinib.

“These results of the CROWN study support the use of lorlatinib as a highly effective first-line therapy for patients with advanced ALK-positive non–small cell lung cancer,” lead study author Ben Solomon, MD, a medical oncologist in the Lung Service and the Head and Neck service, and group leader of the Molecular Therapeutics and Biomarkers Laboratory in the Research Division, Peter MacCallum Cancer Centre in Australia, said in a presentation during the meeting.

ALK rearrangements occur in approximately 3% to 5% of patients with NSCLC that result in sensitivity to small-molecule ALK TKIs. Furthermore, resistance to ALK TKIs is a common development and often includes central nervous system (CNS) progression.

Lorlatinib is a highly potent, brain-penetrant, third-generation ALK TKI that is currently approved by the FDA as a treatment for patients with ALK-positive metastatic NSCLC following progression on 1 or more prior ALK-targeted TKI.

The phase 3 CROWN trial randomized 296 patients 1:1 with lorlatinib at 100 mg daily (n = 149) compared with crizotinib (Xalkori) at 250 mg twice daily (n = 147) as a first-line treatment for patients with ALK-positive NSCLC. Patients were stratified by presence of brain metastases and ethnicity (Asian vs non-Asian). No crossover between the 2 arms was permitted, and 5 patients on the crizotinib arm did not receive treatment.

To be eligible for enrollment, patients had treatment-naïve stage IIIB/IV disease, an ECOG performance status of 0 to 2, and at least 1 extracranial measurable target lesion via RECIST v1.1 criteria with no prior radiation required. Asymptomatic treated or untreated CNS metastases were permitted.

All patients underwent restaging chest/abdominal CT scans and brain imaging every 8 weeks. At the interim data cutoff date of March 20, 2020, 103 patients on lorlatinib and 31 patients on crizotinib remained on study treatment.

The median duration of follow-up for PFS was 18.3 months and 14.8 months, respectively. Additional results showed that the 12-month PFS rate, assessed by BICR, with lorlatinib was 78% and 39% with crizotinib.

The median treatment duration was not estimable with lorlatinib and 9.6 months with crizotinib. Regarding safety, grade 3/4 AEs occurred in 72% of lorlatinib-treated patients versus 56% of those on crizotinib; serious AEs were reported in 34% and 27% of patients, respectively. Solomon noted that the majority of grade 3/4 AEs on the lorlatinib arm were laboratory abnormalities regarding cholesterol and triglycerides, that were asymptomatic and readily managed.

There were 7 fatal AEs in each arm; 7% and 49% of patients on lorlatinib had AEs that led to treatment discontinuation and temporary dose interruption, respectively, versus 9% and 47% of patients on crizotinib. Additionally, the change from baseline in global QoL scores was 4.65 (95% CI, 1.14-8.16), favoring lorlatinib. 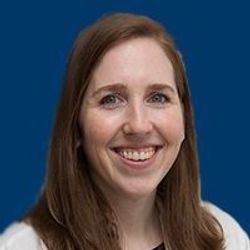 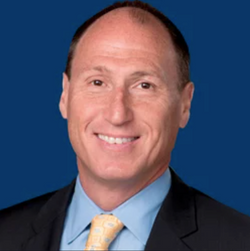 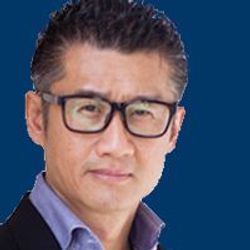 Embracing the Charm of Uncertainty in Lung Cancer Research