Frontline osimertinib improved median progression-free survival by 18.9 months, representing a 54% reduction in the risk of progression or death compared with standard therapy for patients with EGFR-mutant non–small cell lung caner.

Frontline osimertinib (Tagrisso) improved median progression-free survival (PFS) by 8.7 months, representing a 54% reduction in the risk of progression or death compared with standard therapy for patients with EGFR-mutant non—small cell lung caner (NSCLC), according to phase III data from the FLAURA study presented at the 2017 ESMO Congress.

Although medians had not yet been reached for overall survival, at just 25% maturity the hazard ratio already favored osimertinib at 0.63, a 37% reduction in the risk of death (95% CI, 0.45-0.88; P = .0068); however; at this timepoint, a P value of .0015 was needed to show statistical signficance for survival, suggesting these findings were not yet meaningful. There had been 58 deaths in the osimertinib arm and 83 in the control group.

“Results of the FLAURA study define a new standard of care for patients with EGFR mutation-positive non—small cell lung cancer," said lead investigator Suresh Ramalingam, MD, Deputy Director, Winship Cancer Institute of Emory University. "There was a 54% reduction in the risk of progression or death with the use of osimertinib compared with standard care.”

Based on findings from the FLAURA study, AstraZeneca, the company developing osimertinib, has already entered approval discussions with relevant health authorities. Osimertinib was initially granted an accelerated approval by the FDA in November 2015 followed by a full indication in March 2017 for pretreated patients with T790M-positive NSCLC.

In the double-blind trial, 556 treatment-naïve patients with EGFR-positive locally advanced or metastatic NSCLC were randomly assigned to osimertinib (n = 279) or an existing TKI (n = 277). Patients with CNS metastases were allowed on the trial and all had exon 19 deletions or L858R mutations. Daily oral therapy was given with osimertinib at 80 mg, gefitinib at 250 mg, or erlotinib at 150 mg.

"The consistent separation of curves here and throughout, and with the brain activity, osimertinib is the drug I would use for all my patients as first-line therapy," said Ramalingam. "For patients with mutations in exon 19 or 21, which are the two most common mutations accounting for 90% of EGFR mutations, this would be a new standard."

"What is exciting about osimertinib is its safety profile lends itself better to developing combination approaches, which I think will be key for providing better outcomes to patients," said Ramalingam. "Osimertinib being a more tolerated, more efficacious EGFR drug provides us with a new platform on top of which we can build new therapies." 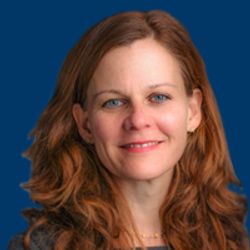 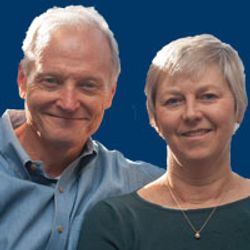 The Marshall Family Faces Off Against TNBC 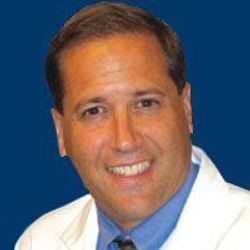 Neoadjuvant Checkpoint Inhibition Shows Promise in TNBC, But Is Not Ready for Clinical Use
x