Within a year of starting its drug-waste reduction study in 2010, NCCH became the first hospital in the country to implement a program systematically extending medications’ beyond use dates from several hours to upward of 7 days. 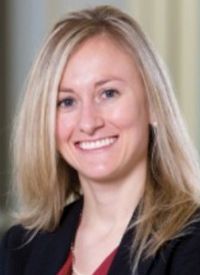 Eight years ago, The University of North Carolina (UNC) North Carolina Cancer Hospital (NCCH) in Chapel Hill was under significant pressure to reduce drug costs. The hospital had already switched to cheaper medications and, where possible, renegotiated contracts, but it hadn’t tackled drug waste. “We were throwing away partially full drug vials. It was expensive,” said Lindsey Amerine, PharmD, MS, BCPS.

It is a problem that has frustrated many other clinicians. In 2012, 12 of the 13 new drugs approved for cancer indications each cost over $100,000 for a year of therapy.1 Clinicians routinely dispose of unused medication rather than attempt to preserve and use the remainder for an additional application. However, NCCH, which serves as the clinical home of the UNC Lineberger Comprehensive Cancer Center, realized that some drugs can be preserved for reuse. The hospital system managed to achieve substantial savings by developing a system for preserving unused infusion drugs, including high-cost immunotherapy drugs, once their packaging had been breached for initial use.

In its General Chapter <797> compounding standards, United States Pharmacopeia (USP) established that clinicians must dispose of some single-dose containers within hours of puncture or opening—generally 6 hours.2 However, NCCH realized that the standards allow the use of closed-system transfer devices (CSTDs) to preserve medication for repeat use, according to Amerine, the assistant director of pharmacy for the Oncology Service Line and Infusion Services at the University of North Carolina Medical Center in Chapel Hill.

NCCH had already implemented a CSTD program to protect employees from exposure to hazardous chemicals. Hospital officials knew also that CSTDs could prevent contamination of drug content. “If nothing comes out of the vial, nothing should go into it,” Amerine said.

Within a year of starting its drug-waste reduction study in 2010, NCCH became the first hospital in the country to implement a program systematically extending medications’ beyond use dates (BUDs) from several hours to upward of 7 days. The BUDs indicate how long a drug may be used from the time its packaging is opened for the initial use (not from the date of manufacture). For example, the BUD may specify that 6 hours after a drug vial is breached, that drug can no longer be used. By keeping the drug products sterile with CSTDs, NCCH discovered it could keep drugs uncontaminated and safe for use for much longer than the BUD guidelines specified. With the aid of a CSTD, the drug remaining inside a single vial, for example, can often be preserved and used later, either for the same patient or a different one.

Based on an assessment of 19 commonly used oncology drugs at NCCH, officials determined they reduced oncology waste by 94% in 2017, a level of efficiency they expect to be able to maintain. When extrapolating to their entire chemotherapy drug budget for almost 200 drugs, the hospital estimated that it saved $39 million and discarded only $49,000 in unused medication in 2017. This year, it’s on track to save $43.8 million. Because of this success, NCCH was recognized by the Association of Community Cancer Centers with its 2018 Innovator Award at its 35th National Oncology Conference in October.

How NCCH Developed its Program

Drug waste from unused medication is an industrywide problem. In 2016, BMJ reported that $3 billion in unused oncology agents are discarded each year because the medicine inside the drug packaging cannot be used after its BUD.3 For the report, Bach et al created a drug waste calculator for some of the most frequently used cancer medications. The investigators focused on the difference between drug vial sizes and average dosage. Because a dose is smaller than the amount of drug contained in the vial, the difference often ends up as medical waste. For example, Bach et al calculated that $76.7 million worth of nab-paclitaxel (Abraxane) is left over annually because, for a patient with breast cancer, five 100-mg vials must be opened to provide the average 442-mg dose needed (Table).Before instituting its drug vial optimization (DVO) program, NCCH had used CSTDs on chemotherapy drug vials to protect workers from the hazardous chemicals during mixing and transferring. The USP <797> standards establish a 6-hour BUD for drugs in vials, bags, bottles, and syringes that are administered inside an environmentally controlled environment. The goal is to protect against microbe growth inside containers after they are opened.

The standards allow for extending drug packaging sterility using CSTDs, Amerine said, but NCCH wanted stronger assurance and did base-line studies and continuous quality testing for safety to establish, beyond a doubt, that their DVO program could be done safely and successfully. NCCH published a study in the Journal of Oncology Practice in 2012,4 with results showing that the use of CSTDs could often extend usability, maintaining chemical stability of drugs without contamination. In many cases, the medicine will be effective for 24 hours to 7 days after initial use. After the studies were completed, NCCH implemented its DVO program.

For the program, the hospital developed a reference guide for pharmacists detailing how to prepare each oncology drug, along with BUD according to compound. It also listed good institutional practices and established a quality assurance testing program, which provides for monthly testing of 10 drug vials at random. Testers take whatever vials they have open with at least 1 mL remaining, and they apportion 0.5 mL on 2 plates, which they then incubate to test for microbes. Since the program started in 2011, only 2 plates have tested positive, both showing single isolates. A microbiology analysis determined that the plates had been touch-contaminated by a user who didn’t follow proper procedure.

To ensure no patients are harmed by the DVO program, NCCH tracks indirect clinical markers such as central blood stream infections. Their goal is to maintain, not increase, the overall patient infection rate.

“We thought that if we had issue with our process, that’s a place you’d probably see it,” Amerine said. In the first 2 years after implementing the DVO program, the hospital infection rate decreased, and then it stabilized. “We’re not the reason it went down, but at least we did not see an increase,” Amerine said.In addition to the reduction of drug waste, NCCH has saved on CSTD use. Before their DVO program went live, NCCH’s rate of device use was increasing with rising patient volume. Once the program got underway, in 2011, device use plateaued even though patient volume climbed 30%. Patient volume has continued to grow, with a respective savings in the use of CSTDs, Amerine said.

As an institution, NCCH uses its drug savings to invest in other patient services. “If we had to spend that on drugs, we couldn’t provide as many services,” Amerine said. Another benefit is that because NCCH can make each vial go further, the hospital is not as affected by drug shortages as other institutions.Amerine said that NCCH was the first to use a DVO system and that, based on this success, other states and countries have adopted this system and are consulting with NCCH on best practices. Those interested in setting up their own program should conduct their own initial sterility testing to ensure their environmental quality is up to par, she said. That means having cleanrooms and physical plant environmental standards that meet USP <800> standards for handling hazardous drugs in a healthcare setting.

NCCH, for example, is not using the DVO system at all of its offsite facilities. Some facilities still need cleanroom renovations, and some do not yet have International Organization for Standardization quality aligned with pending USP <800> requirements. Although these standards won’t officially be implemented until December 2019, facilities are working toward getting ready for this, and many are not there yet.

“Until renovation, I won’t do DVO in those areas,” Amerine said. Her goal is to keep the the actual practice conditions identical to the conditions under which the DVO process was studied. “The program is more than just putting the [CSTD] device on the vial. You have aseptic technique,” she said. If the hoods aren’t clean and there are other quality concerns, microbial contamination is possible. “It’s more of an environment quality issue, rather than a closed-system transfer device issue.”

For centers that may be considering implementing a system like this, it’s important to determine whether there is sufficient patient volume for drugs to support a reuse initiative. Amerine anticipates that a DVO system is feasible for the majority of cancer centers.

One key to success is making sure the staff are engaged. NCCH’s staff participated in the original study4 and understood the program’s rationale. “They saw the waste every day. It didn’t seem right we were throwing that [medicine] away when we had patients who would need the same drug,” she said.

A prospective site should develop and continually update a drug compendium/quick reference guide, showing how long each type of agent is viable. NCCH had structures in place for that, but a facility considering a DVO program should make sure their system is sustainable. Candidates for this process will also need a way to track the vials through the cleanroom. NCCH started by putting a sticker on each vial. If a drug must be reconstituted because it came in powder form, the sticker documents the concentration. NCCH already used stickers for that purpose but added the BUD and time. Technicians who prepare the vial initial it, and the pharmacist double checks the BUD. In addition, technicians are trained to used partially filled vials before opening new ones.

Amerine said wasted-drug billing is a manual process at most institutions. From a labor perspective, NCCH saved time by not billing for waste. The DVO system also allows the hospital system to avoid Medicare and other payer audits on medical waste billing.

“It’s a multi-level game,” Glied said. “Everybody is trying to move costs around the system.”

Although not familiar with NCCH’s DVO program, Glied said the program makes a lot of sense for hospitals. “They should be doing everything they can to bring down the cost of drugs.”

However, she added that if too many hospitals do this, drug companies may change their pricing mechanisms. “They try to make as much money as they can, which is totally legitimate—that’s their business,” Glied said. If drug companies change their pricing as a result, that might be a disadvantage to small safety net and rural hospitals that are unable to implement such a program because they don’t have the patient volume or aren’t able to maintain the quality control needed. “This will increase the benefits to being more specialized,” she said.