Ian E. Krop, MD, PhD, highlights the impact of the pivotal KATHERINE trial on the adjuvant treatment of patients with early-stage HER2-positive breast cancer and other recent advances that are moving the needle forward. 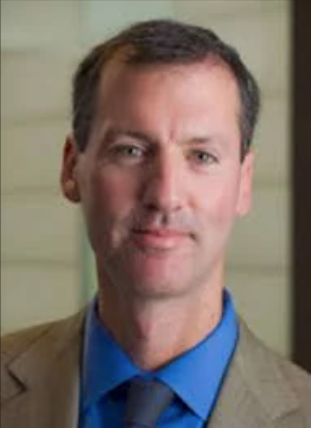 Patients with early-stage HER2-positive breast cancer should be treated with neoadjuvant therapy to help predict how they will respond to ado-trastuzumab emtansine (T-DM1; Kadcyla) in the adjuvant setting, according to Ian E. Krop, MD, PhD, who added that although residual disease may serve as a potential predictive biomarker for response to this approach, the hunt for effective molecular biomarkers continues.

“Up until KATHERINE, we knew from a number of prior neoadjuvant trials that failure to achieve a pathologic complete response was associated with worse outcomes; however, we didn't know what to do about it,” Krop, an associate professor of medicine​ at Harvard Medical School​, who is also the associate chief in the Division of Breast Oncology​ at Susan F. Smith Center for Women's Cancers, emphasized. “These data have provided us with a clear approach that will improve outcomes versus just continuing treatment with trastuzumab, which is what we used to do. Now, we have a clear biomarker that guides therapy and can substantially improve patient outcomes, which was much needed.”

In an interview with OncLive® during the 2020 Institutional Perspectives in Cancer webinar on Breast Cancer, Krop, who is also a medical oncologist and clinical research director​ at the Breast Oncology Center​ at Dana-Farber Cancer Institute, highlighted the impact of the pivotal KATHERINE trial on the adjuvant treatment of patients with early-stage HER2-positive breast cancer and other recent advances that are moving the needle forward.

OncLive®:In the early-stage setting of HER2-positive breast cancer, what impact did the KATHERINE trial have on clinical practice?

Krop: For patients who don't have a complete response to neoadjuvant HER2 therapy, the use of T-DM1 for 14 cycles results in a dramatic improvement in outcomes and a reduction in recurrences. Many of us feel as though this should be the standard of care for patients who have residual disease. Interestingly, it didn't seem to matter how much residual disease patients had. Even in those who had very small amounts of cancer remaining after neoadjuvant therapy, we still saw a pretty significant and clinically meaningful reduction in recurrences with the use of T-DM1 compared with trastuzumab. Thus, one change that has been made [following these data] is that we now use T-DM1 in the adjuvant setting in these patients uniformly.

The second change is that every patient who has newly diagnosed HER2-positive breast cancer that is [beyond] stage I really needs to receive neoadjuvant treatment rather than going to surgery. The only way we can differentiate those patients who seem to benefit from T-DM1 in the adjuvant setting is to know how they responded to neoadjuvant treatment. If you take them right to surgery, you won't have that information and you will not be able to treat them optimally. Due to results from the KATHERINE trial, all patients with node-positive disease or who have tumors greater than 2 cm need to be treated with neoadjuvant HER2 therapy.

What does that shift mean for extended adjuvant therapy?

That area becomes a little bit grayer. When we talk about extended adjuvant therapy, we're mostly talking about neratinib [Nerlynx] in patients with hormone receptor [HR]–positive, HER2-positive disease. Already, the use of pertuzumab [Perjeta] clouded the use of neratinib, since all the data from the ​phase 3 ExteNET study demonstrated the benefit of neratinib in patients who had not received any prior lines of pertuzumab. When you throw T-DM1 into the mix, you have a relatively different patient population, at least theoretically, than the population in which the benefit of neratinib was demonstrated; this can be a bit confusing.

My personal feeling is that, when it comes to high-risk patients, those with multiple positive nodes after neoadjuvant therapy, we still see a significant number of recurrences based on data from the KATHERINE trial—even with the addition of T-DM1. In that very high-risk, HR-positive, HER2-positive population, it's still worth considering the use of neratinib. I believe it's reasonable to extrapolate because the data from ExteNET certainly looked compelling. However, this [use of this approach] is harder to justify in lower-risk patients because we really don't know the benefit of neratinib in that situation.

KATHERINE brought to light the notion that residual disease may serve as a biomarker in and of itself. Where do you believe the future of biomarker research is headed?

I don’t believe we've given up on looking for molecular biomarkers. Some of the immune-related biomarkers look promising. In data from the APHINITY trial, which was the adjuvant study of pertuzumab added to trastuzumab and chemotherapy, the presence of an immune effect, either when you saw levels of immune genes such as PD-L1 being overexpressed or other T-cell related genes, or you saw the presence of tumor-infiltrating lymphocytes, the presence of those markers did predict better benefit with pertuzumab.

It wasn't black and white, and I don't believe it means that you shouldn't be giving pertuzumab to high-risk patients who don't have these immune biomarkers. However, it certainly looked fairly compelling that these immune biomarkers do associate with better benefit to HER2 therapy. Hopefully, in other studies, we can validate this. Maybe it’s not just a pertuzumab effect; maybe it's also a predictor for other HER2 therapies. There is still the possibility that molecular biomarkers can be helpful but, as of now, the functional biomarker seems to be the most clinically relevant.

Could you expand on the updated data from the APHINITY trial?

Data that were previously presented from APHINITY, which was the adjuvant study with pertuzumab at the San Antonio Breast Cancer Symposium convincingly showed that there is a real benefit to adding pertuzumab.

However, based on the data we have so far, [the use of this approach is] restricted to patients who have node-positive disease. It’s helpful that we have a fairly clear distinction regarding the use of pertuzumab. Perhaps, with longer follow-up, we will start to see some benefit [with this approach] in those with node-negative disease, as well.

Shifting to the recent FDA approval of the fixed-dose combination of subcutaneous pertuzumab and trastuzumab with hyaluronidase-zzxf (Phesgo) plus chemotherapy based on the results from the FeDeriCa trial, what was learned from this research? How have you been incorporating this regimen into your own practice?

These data convincingly showed that using the subcutaneous [combination] achieved the same pharmacokinetics [as the intravenous (IV) formulation], which was the primary end point of that study. However, more importantly, this also seemed to have the same clinical efficacy, with pathological response rates being exactly the same whether patients received subcutaneous or the IV [formulation]. As such, we learned that this is an equivalent approach.

In addition to the FeDeriCa trial, which showed the equivalence [between the 2 formulations], another study showed that patients strongly preferred the subcutaneous version. Considering the clear equivalence in terms of clinically meaningful end points, patient preference, and us trying to minimize exposure in clinics in light of the coronavirus disease 2019, we should be making this switch [over to the subcutaneous formulation] as much as possible. This is what we are currently doing at our institution and I believe there is a lot of rationale to do this globally, as well.