Single-agent ibrutinib induced a response rate of 90% at a median follow-up of 18.1 months in rituximab-refractory patients with Waldenstrom macroglobulinemia, according to results from an open-label substudy of the ongoing phase III iNNOVATE trial published in The Lancet Oncology.

Single-agent ibrutinib (Imbruvica) induced a response rate of 90% at a median follow-up of 18.1 months in rituximab-refractory patients with Waldenstrom macroglobulinemia, according to results from an open-label substudy of the ongoing phase III iNNOVATE trial published in The Lancet Oncology.

“Patients with disease refractory to rituximab have few options. From a clinical point of view, ibrutinib is the treatment of choice for all pretreated patients with Waldenstrom macroglobulinemia,” lead study author Meletios-Athanassios Dimopoulos, MD, said in an interview with OncLive.

“We confirmed the outstanding activity of ibrutinib in Waldenstrom macroglobulinemia and we reported that this agent is equally active in patients with disease refractory to rituximab,” added Dimopoulos, professor and chairman of the Department of Clinical Therapeutics at the University of Athens School of Medicine.

The ongoing, randomized, placebo-controlled phase III iNNOVATE study is examining ibrutinib plus rituximab compared with rituximab plus placebo. This substudy of single-agent ibrutinib was an international, multicenter trial that was conducted at 19 sites in 7 countries.

Patients received 420 mg of oral ibrutinib once a day until disease progression, unacceptable toxicity, or withdrawal of consent. After the first occurrence of a drug-related grade 3 or worse adverse event, such as grade 4 neutropenia for more than 7 days or grade 3 or 4 thrombocytopenia, ibrutinib was withheld until resolution of the event to baseline or grade 1 or lower, after which resuming treatment at full dose was permitted.

Efficacy and safety assessments were done every 4 weeks for the first 6 months, and then every 8 weeks by laboratory assessment and physical exam. In addition, all patients had baseline imaging by CT of the neck, chest, abdomen, and pelvis. The patients with evidence of nodal or extranodal disease were followed up with CT scans every 16 weeks for the first 2 years and then every 24 weeks until confirmed disease progression.

CT-identified splenomegaly was reported in 6 of the 31 patients at baseline. Of the 6 patients with splenomegaly, 5 experienced a reduction in splenic enlargement and 1 patient discontinued treatment before response assessment.

The main objectives of this study were overall response, PFS, OS, hematological improvement measured by hemoglobin, time to next treatment, and patient reported outcomes. PFS, which was assessed by investigators, was defined as the duration from the date of treatment initiation to the date of disease progression or death. 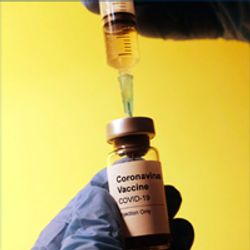