Chemoimmunotherapy is the new frontline standard of care for patients with small cell lung cancer, and other novel agents, such as, bispecific T-cell engagers are in the pipeline and gaining momentum for those who experience disease progression. 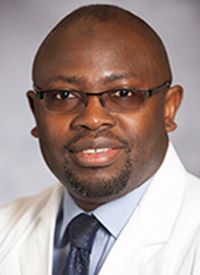 Chemoimmunotherapy is the new frontline standard of care for patients with small cell lung cancer (SCLC), explained Taofeek K. Owonikoko, MD, PhD, adding that other novel agents, such as, bispecific T-cell engagers (BiTEs) are in the pipeline and gaining momentum for those who experience disease progression.

“Both atezolizumab [Tecentriq] and durvalumab [Imfinzi] have been shown to be beneficial and they are now part of our treatment strategy,” said Owonikoko, who is professor and chief in the Division of Hematology/Oncology, Stanley/Marks/OHA Chair in Oncology Leadership, and associate director for Translational Sciences at University of Pittsburgh Medical Center Hillman Cancer Center, shared insight on optimal treatment approaches in SCLC during the 16th Annual New York Lung Cancers Symposium.1

“BiTEs targeting DLL3 as well as GD2 are now in clinical development and hopefully, they will give us newer options [in the relapsed setting].”

The regulatory approvals of the PD-L1 inhibitors atezolizumab and durvalumab combined with frontline chemotherapy in March 20192 and March 20203, respectively, have both demonstrated improvements in overall survival (OS) without the cost of significant toxicity, thus, shifting the landscape to a new approach in SCLC care.

In the phase 3 IMpower133 trial (NCT02763579), 403 patients with measurable extensive-stage (ES)-SCLC with an ECOG performance status of 0 or 1 who had not received prior systemic therapy were randomized 1:1 to receive induction atezolizumab intravenously (IV) at 1200 mg on day 1, plus carboplatin area under the curve IV at 5 mg/mL/min on day 1, plus etoposide at 100 mg/m2 IV on days 1 to 3, or placebo plus the chemotherapy regimen for four 21-day cycles. Patients then received maintenance therapy with atezolizumab or placebo until disease progression or loss of clinical benefit. Prophylactic cranial irradiation (PCI) was permitted.

Owonikoko also noted that the same doses of carboplatin (n = 4) and etoposide (n = 12) were given in each treatment group.

“We should not have any hesitation to use immunotherapy if we are going to use chemotherapy, and that is my practice pattern,” Owonikoko said. “For any patient who is eligible for chemotherapy, if there is no specific contraindication to immunotherapy, they will receive chemoimmunotherapy.”

The 3-arm, phase 3 CASPIAN trial (NCT03043872) also included patients with treatment-naïve, measurable ES-SCLC, but with slightly different eligibility criteria, which included: a World Health Organization performance score of 0 or 1, asymptomatic or treated and stable brain metastases, and a life expectancy of at least 12 weeks.

Patients were stratified by planned platinum-based therapy (carboplatin vs cisplatin). The primary end point of the trial was OS, and secondary end points were PFS, ORR, safety and tolerability, and patient-reported outcomes.

“It is very, very reassuring, that at 3 years, close to 20% of our patients are alive and doing well compared with the 6% who received chemotherapy alone,” Owonikoko noted.

Do PCI and Consolidation Thoracic Radiation Have a Role as Routine Intervention?

The strategy of utilizing PCI in patients with ES-SCLC following frontline therapy has been debated. In a Japanese trial of PCI compared with imaging surveillance in this patient population, researchers found that PCI had a negative effect on OS (HR, 1.27; 95% CI, 0.96-1.68; P = .094).6

“My own practice is not to use PCI at this point, I also do not use thoracic radiation as a routine consolidation strategy outside of a clinical trial setting,” Owonikoko explained. “On the basis of this, for my extensive-stage patient, if I can continue to monitor the brain, I generally do not recommend PCI for them. For limited-stage disease, the jury is still out, but we are going to have some answers to that [question] very soon, I hope.”

In an earlier analysis of CASPIAN, which studied patterns of first progression following treatment, new lesions occurred in 41.4% of patients on durvalumab plus etoposide/platinum-based therapy compared with 47.2% of those on chemotherapy alone.7 Of the new lesions, 11.6% and 11.5% were in the brain/central nervous system (CNS), respectively.

“This suggests that even when you do not allow PCI to be given to patients, you are not putting them at risk of developing brain metastasis, and we are beginning to see these emerging data of potential benefit of using immunotherapy in terms of better brain protection and better control of the disease,” Owonikoko said.

Similar patterns of new lesions (42.8%) and site of new lesions (brain, 10.4%) were reported in patients who received atezolizumab plus chemotherapy on the IMpower133 trial.8

The ongoing, phase 3 randomized SWOG S1827 (MAVERICK) trial (NCT04155034) will directly answer the question of whether PCI with MRI surveillance for brain metastasis is optimal compared with MRI surveillance alone in patients with SCLC. The trial is slated to enroll close to 700 patients.9

However, Owonikoko emphasized that some of these treatments may not be the go-to next step for select patients with relapsed SCLC. For example, topotecan should be avoided in those with a treatment-free interval of less than 60 days, liver metastasis, a performance status of 2, low albumin, anemia, and hyponatremia, based on retrospective data.11

The novel anticancer drug lurbinectedin is a synthetic, marine-derived tetrahydroisoquinoline alkaloid and is an analogue of the DNA-damaging agent trabectedin (Yondelis). The agent blocks activated transcription, produces DNA double-strand breaks, and therefore, generates apoptosis and modulates the tumor microenvironment through tumor-associated macrophage inhibition.

As a single agent, lurbinectedin is generally safe and linked with mostly grade 1/2 hematological adverse effects (AEs) such as anemia (87%), leukopenia (50%), neutropenia (26%), and thrombocytopenia (37%).12 The tolerability of the drug bodes well for combinatorial potential, Owonikoko added.

Based on findings from the multicenter, open-label, multi-cohort PM1183-B-005-14 trial (NCT02454972), the FDA granted an accelerated approval to lurbinectedin in July 2020 for use in adult patients with metastatic SCLC who experienced disease progression on, or after, platinum-based chemotherapy.13

Patients needed to have received 1 prior line of chemotherapy with additional biologic lines permitted, an ECOG performance status of less than 2, and a chemotherapy-free interval (CTFI) that was greater than 30 days.

“Lurbinectedin remains an option, and my understanding is that we should be seeing some sort of additional follow-up trial to further support that accelerated approval,” Owonikoko noted.

Although retreating patients with platinum-based doublet therapy is a strategy that Owonikoko said all treating physicians implement in clinical practice, a large, randomized trial comparing the use of platinum-doublet chemotherapy with topotecan in patients with sensitive relapsed SCLC sought to prospectively address whether retreatment is beneficial in this population. Results showcased a median PFS of 2.7 months (90% CI, 2.3-3.2) with topotecan and 4.7 months (90% CI, 3.9-5.5) for platinum-based therapy (HR, 0.57; 90% CI, 0.41-0.73; P = .0041), but no OS benefit was observed with platinum-doublet treatment.15

The PD-1 inhibitor was explored in the second-line SCLC setting in the randomized, phase 3 CheckMate-331 trial (NCT02481830) of nivolumab (n = 284) vs topotecan or amrubicin (n = 285). Patients had SCLC and disease recurrence or progression following at least 4 cycles of frontline platinum-based chemotherapy or chemoradiation, an ECOG performance status of 0 or 1, no symptomatic CNS metastases, and no prior treatment with either a PD-L1/PD-L2, CTLA-4, or CD37 inhibitor. The primary end point of the trial was OS; secondary end points were PFS and ORR.

“There is some signal that a subset of patients perhaps benefited [from nivolumab],” Owonikoko explained. “Beyond 6 months, you can see that there is some hint of nivolumab as better than topotecan in this study, but this will require us knowing who those patients are at the beginning. Therefore, we need a biomarker to use this strategy as a salvage regimen, and that will probably be those patients who did not receive immunotherapy in the frontline.”

Plenty of novel agents are on the horizon and of interest in SCLC, Owonikoko added, such as liposomal irinotecan, which is being examined in the RESILIENT trial (NCT03088813), in patients who have progressed on, or following, platinum-based first-line therapy.17