Immunotherapy Continues to Advance in Head and Neck Cancer

An early-stage trial is examining the addition of nivolumab to a cetuximab regimen in head and neck squamous cell carcinoma.

Concomitant administration of motolimod with cetuximab (Erbitux) increases the innate and adaptive immune response in the blood and the tumor microenvironment in head and neck squamous cell carcinoma (HNSCC), overcoming negative prognostic biomarkers of cetuximab therapy alone, according to the biomarker data from a recent phase Ib clinical trial that was presented at the 2016 Head and Neck Cancer Symposium. The trial was recently amended to add nivolumab to the combination of cetuximab and motolimod.

“We know that PD-1 and PD-L1 are overexpressed in head and neck cancer, and so it was somewhat irresistible to combine our baseline treatment of cetuximab and motolimod with the PD-L1 inhibition pathway. EGFR itself drives PD-L1, so combining cetuximab with anti-PD-1 inhibitor makes sense. So, we’ve amended this trial. We’re now accruing to treatment with cetuximab, motolimod, and the anti—PD-L1 nivolumab in this trial,” said lead author Robert Ferris, MD, PhD, professor, Departments of Otolaryngology, Radiation Oncology, and Immunology, Cancer Immunology Program, University of Pittsburgh Cancer Institute, Pittsburgh, Pennsylvania.

According to the authors of the phase Ib data presented at the symposium, the rationale for combining cetuximab with motolimod (VTX2337) as neoadjuvant therapy was that cetuximab induces cellular immunity that correlates with neoadjuvant clinical response. The phase I dose-escalation and safety of the combination had been established (NCT 01334177).

After the neoadjuvant treatment with cetuximab and motolimod, genotyping of T-cell receptors showed increased clonality in peripheral blood lymphocytes (P = .003 by Wilcox signed rank test) and tumor-infiltrating lymphocytes (P = .081 by Wilcox signed rank test). Most patients are more oligoclonal than healthy individuals, and some are very clonal with highly prominent expanded clones. Genotyping of T-cell receptors found that clonality was increased by the combination of cetuximab and motolimod compared with treatment with cetuximab alone.

Recent studies have indicated that the PD-1/PD-L1 pathway is upregulated in the HNSCC microenvironment, and that EGFR blockade prevents interferon-γ-mediated upregulation of PD-L1. Thus, this study has been amended to add nivolumab to the adjuvant treatment with cetuximab and motolimod. The endpoints are still the modulation of immune biomarkers.

The aim is to target the tumor microenvironment, such that tumor immune escape is reversed and T cells eliminate HNSCC. Antitumor T cells are reprogrammed to reverse inhibitory signals. Combining the toll-like receptor agonist, motolimod, with cetuximab and with PD-1 pathway inhibitors, such as nivolumab, may enhance the priming and activity of T cells.

“Targeting the tumor microenvironment requires understanding as well as reversal of immune escape mechanisms in the cellular compartment. Reprogramming antitumor T cells to reverse inhibitory signals can be done by directly disrupting those inhibitory signals, the so-called checkpoint receptor field, and can be done potentially by combining proinflammatory signals, such as toll-like receptor agonists, to chemo-attract cells into the microenvironment and to create good inflammation to overcome suppressive factors,” said Ferris.

Recent findings have shown tremendous promise for nivolumab in head and neck cancer. Bristol-Myers Squibb (BMS) announced in January 2016 that nivolumab improved overall survival versus investigator’s choice of therapy for patients with platinum-refractory squamous cell carcinoma of the head and neck in the phase III CheckMate-141 trial. Findings from the study are being discussed with the FDA and other health authorities, according to BMS. 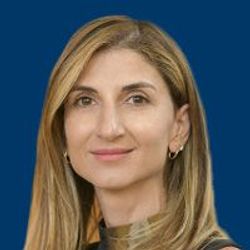 Dr. Borgen on Eliminating Opioid Use in Breast Cancer
x