Newer, more stringent USP 800 regulations on cleanrooms are a couple of years off, thanks to a postponement of implementation, but theyÃ¢â‚¬â„¢re still a worry for independent oncology practices, whose in-house pharmacy staff may sit up nights wondering about the stability of their drug revenues.

Newer, more stringent USP 800 regulations on cleanrooms are a couple of years off, thanks to a postponement of implementation, but they’re still a worry for independent oncology practices, whose in-house pharmacy staff may sit up nights wondering about the stability of their drug revenues.

The newer regulations, set to debut in 2018, could require separate cleanrooms and storage, an appointed supervisor, special garb, and annual competency training. Like many other tasks and requirements at oncology practices, these things are not subsidized by payment from the Centers for Medicare & Medicaid Services or any other plan. “I spend thousands of dollars a year to have my cleanrooms and hoods certified and maintained,” says Steve D’Amato, executive director of New England Cancer Specialists, in Scarborough, Maine. “That’s an unreimbursed service, but it’s the cost of doing business.”

New England Cancer Specialists is the last independent oncology practice in Maine, and the challenges of drug procurement and dispensing are among their chief concerns. The Northeastern practice has four locations in Maine and a satellite facility in New Hampshire. Like all independents, they must grapple with increasingly aggressive policies among payers, pharmacy benefit managers, and pharma companies. Competition from specialty pharma is ever-present.

For the New England group as well as for Florida Cancer Specialists (FCS), the nation’s largest independent oncology practice, the battlefield strategy is the value mantra: the constant broadcast of the message to payers and pharma that independents can deliver lower cost and greater efficiency in handling and dispensing of drugs.

“What I tell payers is, ‘Look, you’re trying to extract savings out of small, community oncology practices and all you’re doing is driving them into the arms of hospital systems, where you’re going to get charged three times as much when they go into that site of care,’” says Ray Bailey, RPh, the pharmacy director for FCS. “That’s the most compelling argument to the payers. You need to work with and partner with community oncology, because that’s your most cost-effective site of care. And I think they’re understanding that, or at least my experience with payers is they’re understanding that.”

Of course, FCS has the advantage of size. Established in 1984, it now encompasses 90 practice locations and 190 physicians throughout the panhandle state. Such an extensive network makes FCS a distribution channel whose interests cannot be treated lightly. It has a well-organized in-house pharmacy operation, says Bailey. Many independent practices that have joined FCS over the years did not have orals included in their dispensaries, and that changed when they became part of the larger system, Bailey says. “Thirty-five percent of our business is orals now, and it’s going up and could very well be 50% in the next five years,” he says.

Things could change for the worse if Congress is persuaded by the pharmacy benefits manager (PBM) industry to change the “any willing provider” language currently in the Medicare Modernization Act covering Medicare Part D (pharmacy benefit). Right now, patients have a choice of providers including the practice pharmacy or dispensary. PBMs want to change these laws in order to restrict patient access and choice. For most practice pharmacies, as much as 50% of their business is at stake in this struggle, Bailey says (Figure 1).

Getting left out of the discussion on drug distribution also is troubling. “It’s the commercial lines of business where the pharmacy benefit managers have been very effective in getting to large employer groups and regional carriers in selling their pharmacy benefit plans to them. We don’t even get to come to the table to talk about pricing and benefit. It’s a totally unfair way of doing business, and our patients don’t get the care our model can provide them,” he says.To break through these barriers, it is increasingly necessary to demonstrate the value independent oncology practices can deliver, Bailey and D’Amato say. Drugs have to be used judiciously, and costs have to be trimmed wherever possible, and this has to be demonstrated by implementing quality control systems and measures of performance that provide the proof. “There’s both risksaving and there’s reward if the practice is able to show these savings,” says Bailey. “The challenge to us is going to be to beef up our care management and information technology infrastructure, so that we can collect this type of data.”

FCS has partnered with large payers on these issues and is able to fill in-house oral chemotherapy prescriptions for its patients, Bailey says. “Our pharmacy is better able to manage these patients at the practice level. We have access to electronic medical records and can collaborate in real time with the doctors and nurses in the clinics to manage side effects and ensure compliance with prescribed regimens. Other payers have seen the value of our model, and we are developing pilots to show improved patient outcomes when these patients are managed inside the practice.”

Even for a practice the size of FCS, the rise of specialty pharmacy represents a constant threat to the continued momentum of in-house drug administration. The way D’Amato sees it, when it comes to drug dispensing, the smaller, independent practice has an advantage in delivering value care because it has access to patient records and can do full-range care and follow-up. Even so, it is not easy to cut specialty pharma out of the picture. “Some of our payers will allow us to do a first fill and then it goes off to specialty,” says D’Amato. “We try to do as many (prescription fills) as possible for our patients because of the convenience and the continuity of care and follow-up that our patients receive.”

For the New England group, much of the pharmacy management strategy has revolved around simply holding regular meetings wherein issues that arise can be quickly identified and addressed before they become insurmountable problems. D’Amato notes the dangers that extremely costly orals can present when they are dispensed but not reimbursed. “If you don’t have a strong inventory management program and a strong billing program that tracks all of this, practices can get into trouble very quickly today with the costs of these agents. Any waste, any misuse, any lack of tracking of reimbursement could get you into trouble very quickly.”

Both the FCS and New England practices strongly endorse split-fill programs that allow the issuance of partial prescriptions so that patient adherence, efficacy, and toxicity can be tested before full prescriptions are ordered and much larger sums of money are invested—and potentially wasted&mdash;on expensive drugs.

Specialty pharma has hopped on the trend. According to last year’s Genentech Oncology Trend Report, “Split-fill programs to reduce waste saw a sharp rise from 68.2% of [specialty pharmacies] in 2013 to 86.7% in 2014” (Figure 2).The waste potential in full-prescription issuance goes up exponentially through the practices of white-bagging— having drugs delivered to the practice from specialty pharma&mdash;and brown-bagging&mdash;allowing the patient to pick up cancer drugs at the pharmacy for administration by the practice, D’Amato and Bailey say. Bailey describes large quantities of unusable drugs found at practices that formerly did white-bagging and were stopped from engaging in that activity when they merged with FCS. “It’s amazing the amount of inventory they’d set aside for patients whose doses changed, whose regimens changed. They had labeled vials and packs of very expensive drugs for patients that were not used. Once they are dispensed they cannot, by law, be taken back. There’s tons of waste there.”

D’Amato agrees: “That’s where you don’t want specialty pharmacy sending a 90-day supply out of the gate to the patient and then have the dose changed a week later and have the whole supply thrown out, and that happens all the time across the country.”

Figure 2: Most Common Duration of a Split-Fill Option

Both independents say they eschew these practices, though an increase in white-bagging and brown-bagging was forecast by specialty pharmacies surveyed for the Genentech report, which states, “more than half of the surveyed [specialty pharmacies] forecast an increase in the share of prescriptions for cancer drugs delivered to patients’ homes for selfadministration (70.0%) and delivered directly to oncology practices (53.4%) in 2015.”

D’Amato notes that the cost to practices of external prescription management comes in another form as well. If a patient walks into the practice carrying his own medication or if the medication is delivered from a specialty pharmacy, the practice reaps no reward for doing the job of administration, though it assumes all of the risk for the way the drug may have been stored or handled before it arrived at the practice. “I’m the one that’s taking the drug and reconstituting it—my pharmacy staff is dealing with it, my nurses are administering it&mdash;but I’m not generating anything or gaining anything for that task, so why would I do that?” D’Amato says. “If an insurer tried to push back, I’d say, ‘Well, your patient needs to go to a different clinic,’ or ‘You need to sign a waiver to accept full liability for this agent that you’re bringing to me.’ That’s how I might handle it, but it’s a non-issue for us.”Improved patient compliance and prevention of waste are part of the value proposition for FCS. The group’s pharmacy and practice have collaborated on the development of specific oral adherence care plans drug by drug. “We follow up weekly with patients at the start of care to help them manage side effects,” Bailey says. “We stress the importance of taking the medication as prescribed. Having access to the EMR, we see labs in real-time. That, along with adverse side effects a patient may report, puts us in a unique position to alert our clinics if a dose reduction or drug holiday may be necessary. The pharmacy is routinely able to prevent unnecessary refills of very expensive oral chemotherapy.”

Delayed drug payment ties up a huge amount of capital and continues to be an administration headache for D’Amato. He believes that the development of pathways care may hold the solution for improving payment schedules, and the New England group is doing pilots with payers that are designed to cut down on the logjam created by prior authorization requirements.

For FCS, the initiative to strengthen the in-house pharmacy program is moving on several other fronts. A Patient Assistance Team works full time to find financial assistance to break down that barrier to patient access to drugs. “We get everyone access that they can afford, and most of these plans are very liberal when it comes to qualifications. Very rarely do we get a patient who doesn’t qualify for some type of assistance,” says Bailey. Strengthening its value proposition, FCS is building a care management team that will be in constant contact with patients from arrival to palliative care or through survivorship,” Bailey says. “We’re going to have a team that’s going to help patients along the way, and that’s what the Oncology Care Model is going to be all about.” In addition, FCS continues to pressure pharma to gain drug access. “We work very closely with them prior to the launch of their drugs, making sure that they understand our model. Pharma companies are defining different distribution models where they look toward single source pharmacy distribution and cut us out of access to limited distribution drugs, and that is something that we constantly fight.” 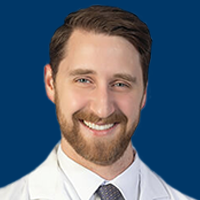 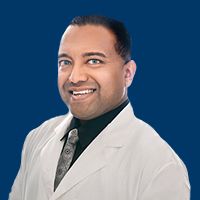 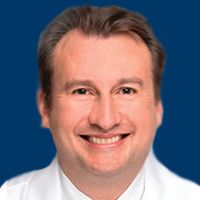 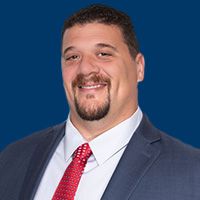