Outcomes from randomized phase 3 cancer trials are the foundation for regulatory approvals of novel antineoplastic therapeutics and, when available, treatment guidelines. 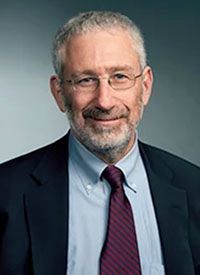 Outcomes from randomized phase 3 cancer trials are the foundation for regulatory approvals of novel antineoplastic therapeutics and, when available, treatment guidelines. As a result, there is an assumption that output from such studies is representative, to an essential degree, of the population of individuals whose treatment may be determined by the findings.

Regulatory-quality clinical trial data are perceived by some academics as the undisputed “gold standard” with which any real-world analyses must be compared, with differences in populations assumed to represent deficiencies in the quality of the population-based analysis.1 For example, in a recently published evaluation, study authors conclude: “RWD [real-world data] study quality for novel cancer drugs is low and of insufficient rigor to inform reimbursement decisions and clinical practice.”1

Although these are strong words, a closer and, in the opinion of this commentator, less-biased look at the issue raises serious questions regarding the objective clinical relevance of regulatory-designed phase 3 randomized cancer trials.

The first concern is foundational to the conduct of this class of studies: the requirement for an as homogeneous population of research participants as possible so that any measured difference (ie, in survival, time to disease progression, specific toxicities, etc) between study groups can be ascribed to the pharmaceutical agent, device, or novel investigative strategy being evaluated. If the study groups differed, for example, in the proportion of participants with even modestly abnormal renal, pulmonary, hepatic, or cardiac function, it might be difficult to conclude that an increased number of deaths within 12 months of receiving a study drug resulted from a previously unrecognized toxicity of the experimental agent vs a greater risk of mortality in the study group because of complications from unrelated long-standing comorbid conditions.

As a result, regulatory-focused randomized studies may directly or indirectly fail to represent the real world of cancer care. Direct causes include mandating entry criteria, whereas indirect causes may include discouraging participation of elderly patients with cancer who are far more likely to experience 1 or several common comorbidities. The decision to exclude this population certainly eliminates a source of potential confusion in the interpretation of study results. However, this process may also create a situation in which such results are of highly questionable clinical relevance even if regulatory approval is achieved.

A landmark paper published several years ago highlighted the unfortunate but not infrequent relationship between regulatory approval and real-world use of an effective novel antineoplastic agent.2 Bevacizumab (Avastin), a humanized monoclonal antibody against VGFR, had been approved by the FDA as a component of treatment for several malignancies.3 Because of the potential negative effects of the agent on the vascular system, initial clinical trials excluded patients with several common comorbidities including history of bleeding, thrombotic disorders, cerebral vascular events, and congestive heart failure.2

However, once approved for commercial sale the agent was documented to be widely used, including in patient populations excluded from participation in previously conducted clinical trials. As a result, oncologists were prescribing a known beneficial anticancer agent but in settings in which the severity of toxicity was objectively unknown. How big was this problem?

In an analysis of 16,086 patients from 2004 to 2007 in the Surveillance, Epidemiology, and End Results (SEER)-Medicare database with metastatic lung, breast, or colon cancer—histologies for which bevacizumab was approved by the FDA—3039 individuals (18.9%) received bevacizumab, of whom 1082 (35.5%) had a contraindication to its use. This was principally because few trial-based data were available confirming or refuting its safety in the presence of specific comorbid conditions.

As the risk of cancer increases with age and the presence of common comorbidities follows the same pattern, the frequent exclusion of the most relevant populations calls into question the objective value of many studies used for regulatory approval and to establish optimal standards of care.

The inadequate participation of elderly and minority patients, as well as women in certain National Cancer Institute (NCI) Clinical Trial Cooperative Group efforts, has been well documented.4 Further, although age and sex are likely recorded in study reports, it is often difficult to know if individual trials have included representative samples of potentially relevant subgroups based on ethnic and socio-economic backgrounds,5-8 or the presence of clinically relevant comorbidities.8

Additional commonly employed eligibility and exclusion criteria serve to further distance clinical trial results from the real world of cancer medicine. For example, findings from a recent analysis show that 77% of 87 NCI-sponsored breast cancer clinical trials excluded patients with a history of cancer even although SEER data revealed that 6% to 7% of patients with breast cancer are known to have had a diagnosis of a prior malignancy.9

From among the trials resulting in FDA approvals, only 4.7% of patients were characterized as having poor ECOG performance status. It would be an understatement to say that these data raise serious concerns regarding the relevance of individuals enrolled in trials with patients with cancer in the real-world setting.

Referring to the beginning of this commentary, it is appropriate to end with a question: What is the justification for considering the results of many phase 3 randomized studies as the gold standard?