Novel AR-Targeted Therapies for Metastatic Hormone-Sensitive Prostate Cancer: Which One to Choose

Advances in the understanding of the genomics and biological functions of prostate cancer have resulted in the emergence of several new classes of agents that have improved outcomes in men with prostate cancer, including metastatic hormone-sensitive prostate cancer. 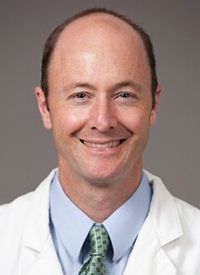 Therapeutic developments have been aimed at enhancing outcomes for patients with metastatic hormone-sensitive prostate cancer (mHSPC), an aggressive form of prostate cancer that may rapidly become castration resistant.1 Advances in the understanding of the genomics and biological functions of prostate cancer have resulted in the emergence of several new classes of agents that have improved outcomes in men with prostate cancer, including mHSPC.1 For example, several next-generation androgen receptor (AR) signaling inhibitors have recently received expanded FDA approval to include treatment of men with mHSPC.1-5

Although clinicians have welcomed the addition of novel AR-targeted agents to the mHSPC management arsenal, they have also faced the conundrum of how to best select among them when treatment intensification is needed.

During a recent OncLive Peer Exchange®, panel of experts in genitourinary cancer provided an overview of the FDA-approved novel AR-targeted agents for mHSPC, including the pivotal trials that led to their approval. They also shared the factors they consider when selecting among these agents and the rationale for using triplet therapy in some patient subgroups with mHSPC.

Darolutamide is the latest AR-targeted therapy to receive expanded indication for the treatment of men with mHSPC.2 Approval for this indication was based on data from the phase 3 ARASENS trial (NCT02799602), which randomly assigned 1306 patients with mHSPC to receive darolutamide 600 mg orally twice daily plus docetaxel 75 mg/m2 intravenously every 3 weeks for up to 6 cycles (n = 651) or docetaxel plus placebo (n = 655).10 The primary end point was overall survival (OS), which was assessed in the primary analysis after 533 patients had died (229 in the darolutamide arm and 304 in the placebo arm).

The primary analysis showed a 32.5% lower risk of death in the darolutamide arm vs the placebo arm (HR, 0.68; 95% CI, 0.57-0.80; P < .001). At 4 years, the OS was 62.7% (95% CI, 58.7-66.7) in the darolutamide arm and 50.4% (95% CI, 46.3-54.6) in the placebo arm. Additionally, darolutamide was associated with significantly greater benefits than placebo for several secondary endpoints, including time to castration-resistant prostate cancer, time to pain progression, symptomatic skeletal eventfree survival, time to first symptomatic skeletal events, and time to initiation of subsequent systemic antineoplastic therapy.10

The FDA approval of enzalutamide for mHSPC was based on data from the phase 3 ARCHES trial (NCT02677896), which randomly assigned 1150 patients with mHSPC to receive enzalutamide plus androgen deprivation therapy (ADT) or placebo plus ADT. Patients were stratified by disease volume and prior docetaxel chemotherapy. The study’s primary end point was radiographic progression-free survival (rPFS).

“In the ARCHES trial, we showed that enzalutamide delays rPFS, which led to the FDA approval of that therapy,” said Andrew J. Armstrong, MD, MSc, who was an ARCHES study investigator. Radiographic progression or death was reduced by 61% in the enzalutamide plus ADT arm vs the placebo plus ADT arm (HR, 0.39; 95% CI, 0.30-0.50; P < .001), and the median rPFS was not reached in the enzalutamide arm vs 19 months in the placebo arm. Benefit with enzalutamide was observed across prespecif ied subgroups, with similar benefit regardless of disease volume (ie, low vs high) and prior docetaxel use. Superiority of enzalutamide vs placebo was also shown in key secondary end points, including time to prostate-specific antigen (PSA) progression, time to initiation of new antineoplastic therapy, PSA undetectable rate, and objective response rate.11

“From the 5-year data that was presented at ASCO 2022, we see that many of these men are now being treated successfully for 5-plus years, still on drug, and still going where medians haven’t even been reached. This is phenomenal for our patients. It emphasizes the need for survivorship,” Armstrong said.

The 5-year data come from the updated OS analysis of the phase 3 ENZAMET trial (NCT02446405), which randomly assigned 1125 men to receive testosterone suppression plus open-label enzalutamide (n = 563) or a standard nonsteroidal antiandrogen therapy (ie, standard-care group; n = 562).12 Prior to randomization, up to 12 weeks of testosterone suppression and 2 cycles of docetaxel were allowed. At a median follow-up of 68 months, the HR for death was 30% lower among the enzalutamide arm vs the standard care arm. No major differences were found in enzalutamide efficacy across subgroups. Although benefit was most apparent for patients with low-volume mHSPC not deemed to require docetaxel, patients with synchronous high-volume mHSPC necessitating docetaxel still showed benefit. Exploratory analyses suggested additional benefit with triplet therapy, adding enzalutamide to testosterone suppression and docetaxel.12

Apalutamide was approved in mHSPC based on data from the phase 3 TITAN trial (NCT02489318), which randomly assigned 1052 men with mHSPC to receive apalutamide plus ADT (n = 525) or placebo plus ADT (n = 527).13 At the final OS analysis, which included a median follow-up of 44.0 months, the median treatment duration was 39.3 months with apalutamide, 20.2 months with placebo, and 15.4 months with crossover.

Data from the phase 3 LATITUDE trial (NCT01715285) supported the approval of abiraterone acetate for patients with mHSPC. Investigators randomly assigned 1199 patients with mHSPC to receive abiraterone acetate plus prednisone and ADT (n = 597) or matching placebo plus ADT (n = 602).14 Patients had not received prior chemotherapy, radiotherapy, or surgery for metastatic prostate cancer and were stratified based on the presence of visceral disease and ECOG performance status. There were 2 primary end points: OS and rPFS.

With many novel AR-targeting therapies to select from, choosing the best one for each patient can pose a challenge for physicians. “From the medical oncology perspective, I spend a lot more time taking a good medical history than maybe I was doing when there were fewer options. Especially when I meet a new patient for the first time, I spend a [significant] amount of time taking [a detailed] cardiovascular history, but also general medical health history,” MaryEllen Taplin, MD, said. She explained that she looks at factors such as exercise tolerance, baseline respiratory status, and whether patients have had any falls over the past 2 years because these provide clues that help her select the best drug for each individual patient.

“If I have a patient who is [older], [is] relatively sedentary, and had a fall 6 months ago, I might shy away from enzalutamide. But 1 of the other 3 choices—apalutamide, darolutamide, or abiraterone—might be better for that particular patient. I’ll put in the prescription and try to get the prior authorization and copay information based on that,” she said. Regarding abiraterone acetate, Taplin said she would avoid it in patients with a compensated cardiac status and diabetes or trending toward diabetes.

In those with a condition such as congestive heart failure, she said, the risk of fluid retention is a contraindication in her opinion, and for patients with diabetes, she has concerns that the concomitant prednisone would affect patients’ glucose tolerance. For patients who are good candidates for any of the available agents, the panelists noted that decision-making usually revolves around finances. “Once you find out what the co-pay is when you submit that prescription, you want to make sure your patient can afford their medication,” Tanya B. Dorff, MD, said. Armstrong agreed and noted that costs among these agents may vary considerably. “Paradoxically, abiraterone acetate is generic, but it has some of the hardest co-pays because there are very few assistance programs for it…. Darolutamide might be easier because of co-pay assistance [access],” he said.

He also suggested that COVID-19 vaccination may factor into decision-making with use of abiraterone acetate because of its concurrent administration with prednisone. “A small dose of physiologic replacement prednisone would impair the vaccine efficacy, but we don’t have a lot of great data there,” he said.

Although mHSPC is generally considered an aggressive prostate cancer, it is still a heterogeneous disease that requires an individualized treatment approach to optimize outcomes. “Patients who tend to do worse are those with high-volume, de novo metastatic disease, which is different from those who also have metastatic disease but happen to [have a recurrence] years later and they’ve finished treatment,” Pedro C. Barata, MD, MSc, said. He noted that patients who tend to do worse have been shown to benefit from treatment intensification approaches, such as a triplet regimen that adds docetaxel and an AR-targeted therapy to ADT, as well as strategies such as concomitant radiotherapy of the primary tumor.

To ensure he identifies patients who would benefit from treatment intensification, Barata said he sequences all patients up front. “When I have [a patient with] an aggressive molecular profile, it makes me think about treatment intensification at that point,” he said. Another trigger he noted is a low PSA level. “It’s not concurrent with the amount of disease that you see,” he said.

During the discussion, Armstrong explained that an analysis of the ARCHES study found that many patients receiving enzalutamide had radiographic progression despite not showing PSA progression, a finding he noted that could be applied to any AR therapy.15 “We’re all used to lying back and not doing imaging very often when you see that PSA [level] go down. But we saw that approximately one-third of patients with imaging showing progression at soft tissue or new bone metastasis didn’t have any rise in PSA [level] at all, and that’s kind of a scary thought,” he said.