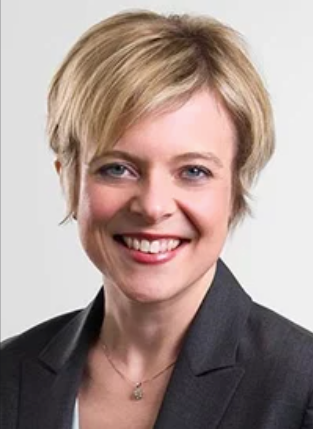 The 2021 ASCO Annual Meeting was chock full of practice-changing, practice-affirming, and exciting preliminary research in non–small cell lung cancer (NSCLC), said Melissa Johnson, MD, evidenced by the movement of atezolizumab (Tecentriq) into the adjuvant setting, confirmation of benefit of single-agent immunotherapy in patients with high PD-L1 expression, and pan-mutational activity of antibody-drug conjugates (ADCs) in the advanced setting.

“Atezolizumab improved survival for all patients, but the most clinically significant end point to me is the [DFS in the PD-L1–positive population], so I foresee that we will be treating patients with PD-L1 expressing cancers with a year of atezolizumab,” said Johnson, program director of Lung Cancer Research at Sarah Cannon Research Institute, in a virtual presentation during the 2021 ASCO Direct HighlightsTM webcast in Nashville, a program developed by Physicians’ Education Resource® LLC.

Overall survival (OS) data were immature at the interim DFS analysis, explained Johnson. However, a trend toward OS improvement with atezolizumab was seen in the PD-L1–positive population with stage II to IIIA disease.

“I doubt that the FDA will wait for OS results to grant the approval, just like they didn’t [wait] for [OS data for the approval of] adjuvant osimertinib [Tagrisso],” said Johnson. “I predict that we’ll be making the decision whether to add a year of atezolizumab to chemotherapy in the months to come.”

Turning to the neoadjuvant setting, Johnson highlighted the phase 3 CheckMate-816 trial (NCT02998528), which randomized patients with newly diagnosed, resectable, stage IB to IIIA NSCLC to 360 mg of nivolumab (Opdivo) plus 3, 3-week cycles of chemotherapy or chemotherapy alone followed by surgery and optional adjuvant chemotherapy with or without radiation.2

Prior findings from the study had shown a significant improvement in pathologic complete response with the addition of nivolumab, meeting the primary end point of the study. The surgical outcomes data, which were presented at the 2021 ASCO Annual Meeting, demonstrated that patients who had received nivolumab had a higher likelihood of undergoing minimally invasive surgery compared with patients who received chemotherapy alone, at 30% vs 22%.

“Patients had a better surgical outcome when they were treated with nivolumab and chemotherapy,” said Johnson.

“These data reinforce that this is a safe way to make the surgery easier, so it’s ok to wait the 9 weeks preoperatively while this therapy is being administered,” said Johnson.

On May 28, 2021, the FDA approved sotorasib as the first treatment for adult patients with NSCLC whose tumors harbor KRAS G12C mutations and who have received at least 1 prior systemic therapy.

“[Sotorasib] may [represent] an opportunity [for frontline treatment] for these patients, but I wouldn’t make any decisions based on an STK11 mutation right now,” said Johnson. “I would, however, prescribe sotorasib for patients with a KRAS G12C mutation in the second-line setting.”

If prescribed, Johnson advised monitoring for nausea, gastrointestinal adverse effects such as diarrhea, and transaminase elevations, all of which were reported in the pivotal trial.

Primary findings from the study served as the basis for the February 2018 FDA approval of durvalumab in this patient population.

However, she added that additional research is needed to fill the unmet need of patients who are still progressing on the regimen. To that end, Johnson called attention to the phase 3 SKYSCRAPER-03 trial (NCT04513925), which is evaluating atezolizumab plus tiragolumab vs durvalumab in the same population as PACIFIC.

Another phase 3 and practice-affirming trial, EMPOWER-Lung1 trial (NCT03088540), enrolled patients with treatment-naïve advanced NSCLC with high PD-L1 expression (≥ 50%) and treated, clinically stable central nervous system metastases. Patients were randomized to 350 mg of cemiplimab-rwlc (Libtayo) monotherapy every 3 weeks for up to 108 weeks in the absence of progressive disease or 4 to 6 cycles of investigator’s choice chemotherapy.5

“This is a group of patients that we often say we feel nervous about treating with single-agent checkpoint inhibitors because patients with brain metastasis will have received steroids prior to going onto their PD-1/PD-L1 therapy,” said Johnson.

However, the results showed that this group of patients did well with cemiplimab.

“The steroids didn’t seem to impair the ability of cemiplimab to do its job,” said Johnson. “EMPOWER-Lung1 brings the third PD-1 inhibitor to the frontline PD-L1 high–expressing space. We see reassuringly that those patients, even when they have brain metastasis, get excellent clinical benefit from PD-1 monotherapy, so based on this data, I would think more seriously about PD-1 monotherapy than I have in the past for a PD-L1 high–patient with brain metastasis.”

On May 21, 2021, the FDA approved amivantamab-vmjw (Rybrevant) as the first treatment for adult patients with NSCLC who harbor EGFR exon 20 insertion mutations.

The approval was based on findings from a cohort of the phase 1 CHRYSALIS trial (NCT02609776). In another cohort, findings from which were presented at the 2021 ASCO Annual Meeting, investigators evaluated the EGFR/MET bispecific antibody, amivantamab plus the third-generation EGFR TKI, lazertinib in patients with osimertinib (Tagrisso)-relapsed, chemotherapy-naïve NSCLC with EGFR exon 19 deletions or exon 21 (L858R) mutations.6

Among patients with EGFR/MET-based resistance, the ORR was 47%, the median DOR was 10.4 months, and the median PFS was 6.7 months.

“More patients with EGFR/MET-based resistance had response, but even patients without an EGFR or MET mechanism of resistance [derived] benefit from this drug, so I believe this is coming as a potential option for your patients post-osimertinib,” said Johnson.

With regard to novel ADCs in development, Johnson first spoke to patritumab deruxtecan, a HER3-specific ADC designed to overcome EGFR TKI resistance mechanisms. The drug is currently under study in a phase 1 trial (NCT03260491) in patients with locally advanced or metastatic EGFR-mutant NSCLC with disease progression on prior EGFR TKI treatment.

Results from the phase 1 study demonstrated that the subgroup of patients treated with prior osimertinib with or without platinum-based chemotherapy derived an ORR of 39% (95% CI, 26%-52%).7

“You might think that unless you have a patient with a HER3 alteration, this [drug] won’t work, but to the contrary, there were patients with T790M [mutations], EGFR C797S [mutations], MET amplification, ALK rearrangements, and KRAS mutations, and all were responding [to patritumab deruxtecan],” said Johnson.

“This is an interesting drug to keep your eye on. This [agent] is not FDA approved yet, but is moving there quickly in my estimation,” added Johnson.

Another ADC, datopotamab deruxtecan is being evaluated in the phase 1 TROPION-PanTumor01 trial (NCT03401385). The agent, directed toward Trop-2, demonstrated ORRs of 24%, 26%, and 24% across doses of 4 mg/kg, 6 mg/kg, and 8 mg/kg, respectively, in patients with relapsed/refractory advanced or metastatic NSCLC.8

“The response rates are a little lower than with patritumab deruxtecan, but this drug is also moving forward in the phase 3 TROPION-Lung01 [NCT04656652] and phase 2 TROPION-Lung05 [NCT04484142] trials,” concluded Johnson.