The combination of lurbinectedin and doxorubicin produced comparable efficacy to that of standard-of-care vincristine, cyclophosphamide, and doxorubicin or topotecan in patients with relapsed small cell lung cancer, missing the primary end point of the phase 3 ATLANTIS trial. 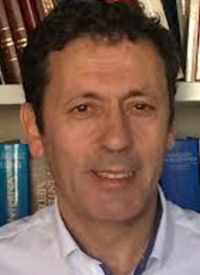 The combination of lurbinectedin (Zepzelca) and doxorubicin produced comparable efficacy to that of standard-of-care (SOC) vincristine, cyclophosphamide, and doxorubicin (CAV) or topotecan in patients with relapsed small cell lung cancer (SCLC), missing the primary end point of the phase 3 ATLANTIS trial (NCT02566993).1 However, the doublet did showcase a superior safety and tolerability profile.

“We did not see a [significant] improvement in efficacy, and the trial did not meet the primary end point; however, we did confirm the safety profile [of lurbinectedin,] even when adding doxorubicin,” lead study author Luis Paz-Ares, MD, PhD, chair of the Medical Oncology Department at the Hospital Universitario 12 de Octubre, associate professor at the Universidad Complutense de Madrid, and head of the Lung Cancer Unit at the National Oncology Research Center, said during the press briefing. “Lurbinectedin [was more tolerable], particularly in terms of myelosuppression, than SOC. More importantly, new combinations of lurbinectedin and other cytotoxic agents are currently being explored in this setting.”

SCLC is the most aggressive form of lung cancer and mostly occurs in smokers, according to Paz-Ares. Additionally, although the disease has proved to be sensitive to chemotherapy and radiation, responses are short and those who relapse have a survival of just 6 to 8 months.2 Much has been learned about the biology of the disease, but treatment options remain limited, Paz-Ares added.

In June 2020, the FDA approved single-agent lurbinectedin for use in the treatment of adult patients with metastatic SCLC with disease progression following platinum-based chemotherapy, at a dose of 3.2 mg/m2 every 3 weeks. The regulatory decision was based on results from a phase 2 basket trial (NCT02454972), in which the agent elicited higher response rates in those who were platinum sensitive and had a chemotherapy-free interval (CTFI) of 90 days or more compared with those who were platinum resistant and had a CTFI of less than 90 days; these rates were 45.0% and 22.2%, respectively.3

A phase 1 dose-escalation study (NCT01970540) was conducted to investigate lurbinectedin in combination with doxorubicin, based on synergistic activity observed in in vitro assays. Results showed that the combination elicited an overall response rate (ORR) of 36%, a median progression-free survival of 3.3 months, and a median OS of 7.6 months in patients with second-line SCLC. When excluding patients with refractory disease with a CTFI of 30 days or less, the ORR achieved with the regimen was 46%, the median PFS was 5.1 months, and the median OS was 10.2 months. “These results were promising compared with historical data for topotecan and CAV,” Paz-Ares noted.

Based on results from this study, it was determined that the recommended dosing for the regimen in the second-line setting is 40 mg/m2 of doxorubicin and 2.0 mg/m2 of lurbinectedin to be given on day 1 of every 3-week cycle. Investigators launched ATLANTIS to examine the combination vs standard of care in a phase 3 setting.

To be eligible for enrollment, patients had to have a confirmed diagnosis of SCLC and have received 1 prior line of chemotherapy. Additionally, patients needed to have an ECOG performance status of 2 or less, and measurable disease per RECIST criteria. Those with a CTFI of less than 30 days were excluded.

A total of 600 patients were randomized 1:1 to receive either lurbinectedin plus doxorubicin at the recommended dose, or topotecan at a dose of 1.5 mg/m2 on days 1 to 5 of every 3-week cycle, or CAV on day 1 of every 3-week cycle. Primary prophylaxis with granulocyte colony stimulating factor was mandatory for both arms. Patients received treatment until progressive disease or intolerable toxicity.

The primary end point of the study was OS.

The most frequently reported grade 3 or higher non-hematologic AE was fatigue; this was experienced by 8.6% of patients in the investigative arm and 10.7% of those in the control arm.