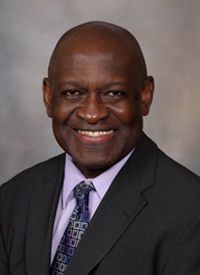 During the meeting, faculty spotlighted management strategies for patients with stage III NSCLC, metastatic NSCLC with and without targetable alterations, limited- and extensive-stage SCLC, and malignant mesothelioma.

Notably, one of the cochairs of the event, Alex A. Adjei, MD, PhD, professor of oncology and pharmacology, medical oncologist, and consultant in the Division of Medical Oncology in the Department of Oncology at Mayo Clinic, provided insight into actionable targets in NSCLC, the role of next-generation sequencing (NGS), and emerging strategies to further propel precision medicine forward.

During the meeting, the panelists spoke to key updates and nuances regarding the management of patients with lung cancer, as well as potential next steps with clinical trials and novel therapies in the pipeline.

Adjei: Multiple agents are approved for [patients spanning] 9 gene aberrations, including EGFR, ALK, MET, BRAF, RET, NTRK, HER2, ROS1, and KRAS; however, NGS is needed to identify all targetable aberrations. Additionally, it is important to become familiar with the toxicities associated with targeted therapies.

Rebiopsy should be considered at recurrence in patients who progress on targeted therapies to select a rational subsequent therapeutic option.

Functional targeting of EGFR mutations could emerge, and mechanism-based combination strategies are needed to induce cures in patients.

Patel: Clearly, numerous options are available [to patients with metastatic NSCLC who lack targetable mutations]. It is very important for providers to use PD-L1 level as a biomarker to make decisions. There are a few patients who you might consider, even if they have high PD-L1 expression, [prescribing a combination of immunotherapy and] chemotherapy. Those are patients who are nonsmokers who don’t have targetable lesions. Those patients are ones who might benefit more from the addition of chemotherapy.

[That strategy may also work for] patients who have a very high tumor burden where you might not get the chance to come back in with chemotherapy if the immunotherapy by itself doesn’t work. For the lower PD-L1 subgroups, most patients should get chemoimmunotherapy. Except, there are probably some subsets of patients who might do better with immunotherapy alone.

Molina: Stage III NSCLC, which accounts for approximately 30% of all NSCLC, is heterogenous and associated with a median progression-free survival of 8 to 11 months and a 5-year overall survival rate of 15% to 30%. Variations in tumor staging, treatment, and resectability underscore the importance of up-front, multidisciplinary tumor boards to determine the optimal treatment plan for patients.

Adjuvant treatment with atezolizumab [Tecentriq] is emerging as a potential treatment option for patients with resected stage IB to IIIA NSCLC based on findings from the phase 3 IMpower010 trial [NCT02486718], and several trials are ongoing to further expand available options for patients with stage IIIA disease.

Neoadjuvant treatment with chemoimmunotherapy is also an emerging strategy for this patient population.

For patients with stage IIIC disease, concurrent chemoradiation followed by adjuvant durvalumab [Imfinzi] per the phase 3 PACIFIC trial [NCT02125461] is standard, but a significant number of studies are ongoing, evaluating novel regimens in the post-chemoradiation therapy setting, as well as concurrently with chemoradiation.

In extensive-stage SCLC, sequencing should consist of first-line chemoimmunotherapy. Second-line treatment and beyond should prioritize clinical trials for patients. However, in the second-line setting, for patients with a chemotherapy-free interval of less than 180 days, lurbinectedin [Zepzelca] or topotecan could be considered. For patients with a chemotherapy-free interval greater than 180 days, first-line treatment could be repeated.

Beyond the second-line setting, therapies including topotecan, temozolomide [Temodar], gemcitabine, paclitaxel, vinorelbine, and others could be considered.

Mansfield: Despite [malignant mesothelioma] being a rare disease with, historically, not a whole lot of drug development, we now have immunotherapy options for these patients, especially for the less common group of non-epithelioid mesothelioma. We have an option that is helping them much more than the older options used to. We also have some promising biomarkers in development and a lot of trials that are ongoing, which may further define new standards of care for this disease. We are working hard to help improve the lives of our patients. I hope these trials get over the hurdle to find us [new] therapies.