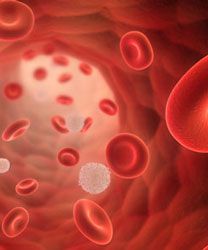 Melflufen in combination with dexamethasone induced a 26% overall response rate (ORR) in patients with triple-class refractory multiple myeloma, according to final topline results from the pivotal phase II HORIZON study announced by Oncopeptides AB, the developer of the first-in-class anticancer peptide-drug conjugate.1

"These data confirm that melflufen has a good efficacy and safety profile in triple-class refractory myeloma patients—a fast-growing patient population with significant unmet medical need and lack of approved treatments. The safety profile was consistent with previous melflufen studies with good tolerability and a low rate of nonhematological adverse events,” Jakob Lindberg, CEO of Oncopeptides, said in a press release.

“We firmly believe that melflufen has the potential to become an important treatment option for patients with relapsed/refractory multiple myeloma. Study physicians and clinical sites have been immensely supportive and with their help we are on schedule to submit a new drug application for accelerated approval by the end of the second quarter of 2020," added Lindberg.

The phase II HORIZON trial (OP-106) included 157 patients with relapsed/refractory multiple myeloma who had received ≥2 prior lines of therapy, been exposed to an IMiD and PI, and were refractory to pomalidomide (Pomalyst) and/or daratumumab (Darzalex). The trial population included patients who were triple-class refractory and/or had extramedullary disease (EMD) and/or had cytogenetic high-risk features.

Patients received 40 mg of melflufen on day 1 of each 28-day cycle along with 40 mg of dexamethasone weekly (20 mg for patients aged ≥75 years). Treatment was administered until progressive disease or unacceptable toxicity. ORR was the primary endpoint, with secondary outcome measures including clinical benefit rate, progression-free survival (PFS), overall survival (OS), duration of response, and safety. The cutoff date for the final analysis was January 14, 2020.

At the final analysis, the ORR in the overall ITT population (n = 157) was 30% by independent review committee (IRC) assessment and 29% by investigator assessment. The ORR in the triple-class refractory group (n = 119) was 26% by both IRC and investigator review, and the ORR in the EMD group (n = 55) was 27% and 24%, respectively. There were also 2 unconfirmed responders at the data cutoff who were subsequently confirmed. When factoring these patients in, the ITT ORR was 31% and the triple-class refractory ORR was 27% by both IRC and investigator review.

There were no new safety signals at the final analysis. Oncopeptides plans to report the full results in a peer-reviewed publication.

The final findings reported by Oncopeptides showed an increased ORR in the triple-class refractory population from the data reported from the HORIZON trial at the 2019 ASH Annual Meeting.2 At this earlier analysis, the triple-class refractory cohort included 97 patients and the ORR was 24%. The median PFS in this group was 4 months, the median OS was 11.3 months, and the median duration of response was 7.5 months.

The ITT population in the analysis shared at ASH included 125 patients who had received a median of 5 prior lines of therapy. Ninety-seven percent of patients were refractory to their last line of treatment, 71% were triple-class refractory, and 32% had EMD. The ITT ORR was 29% and the clinical benefit rate was 37%.

Regarding toxicity, grade 3/4 adverse events were mainly hematologic, and the occurrence of nonhematologic AEs was infrequent.