Melflufen and dexamethasone demonstrated encouraging activity in patients with relapsed/refractory multiple myeloma with and without extramedullary disease, with response rates higher than those observed in prior studies of other agents. 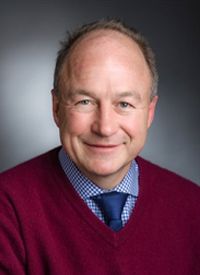 Melflufen and dexamethasone demonstrated encouraging activity in patients with relapsed/refractory multiple myeloma (RRMM) with and without extramedullary disease (EMD), with response rates higher than those observed in prior studies of other agents, according to data presented at the 17th International Myeloma Workshop (IMW).

Outcomes for patients with RRMM who have EMD remain very poor despite recent advances in therapy, and EMD incidence appears to be increasing. Only daratumumab (Darzalex) has shown significant single-agent activity against EMD, with an overall response rate (ORR) of 17% (3 of 18) reported in daratumumab-naïve patients.

Melflufen is a novel, lipophilic, peptide-conjugated alkylator that rapidly delivers a highly cytotoxic payload into myeloma cells in vitro, inducing irreversible DNA damage and apoptosis. Melflufen is 50-fold more potent than melphalan in MM cells in vitro due to increased intracellular alkylator activity.

Patients with RRMM (n = 136) received ≥2 prior lines of therapy, were exposed to immunomodulatory drug (IMiD) and proteasome inhibitor (PI)—based therapy and had disease that was refractory to pomalidomide (Pomalyst) and/or daratumumab. Patients received melflufen 40 mg intravenously (IV) on day 1 of each 28-day cycle and dexamethasone 40 mg weekly (20 mg for patients age ≥75 years) until progressive disease or unacceptable toxicity. Dexamethasone was also given on days 8, 16, and 22. Patients were followed for progression-free survival (PFS) and overall survival (OS) for up to 24 months after the end of treatment.

EMD was assessed per investigator choice and included multiple imaging modalities (eg, PET/CT, MRI) and physical examination. Most patients with EMD had multiple lesions at baseline (29 of 44); 41% had only bone-related lesions, and 59% had soft-tissue lesions with or without additional bone-related lesions. Central nervous system (CNS) involvement occurred in 5 patients (11%).

Median OS was 18.5 months versus 5.1 months, respectively, in patients with EMD that did and did not respond to melflufen plus dexamethasone. In patients without EMD, on the other hand, median OS was 17.2 months versus 8.5 months, respectively, for those with disease that did respond versus disease that did not. Of the intent-to-treat (ITT) population, 54% of patients received subsequent therapy in line with previously published data with no significant difference observed between patients with or without EMD.

Safety profiles for patients with and without EMD in the ITT population were similar and the treatment was generally well tolerated with manageable toxicity. Serious adverse events (AEs) were predominantly hematologic; the incidence of non-hematologic AEs, including infections, was low and there were no treatment-related deaths reported.

HORIZON enrolled one of largest cohorts of patients with RRMM and EMD in a prospective trial; enrollment is nearly complete (n = 156), with final analysis pending. Melflufen plus dexamethasone demonstrates encouraging activity in this patient population.

Richardson concluded that these results support continued investigation in ongoing and future clinical trials, including 4 ongoing phase II and III trials, of melflufen-based combination therapy for this population with an unmet medical need.