Drs Joshua M. Bauml and Lyudmila A. Bazhenova describe what is understood regarding the behavior of MET exon 14 skipping mutations in non–small cell lung cancer and remark on their prevalence among specific patient populations.

Lyudmila A. Bazhenova, MD: MET is a tyrosine kinase receptor. Usually, hepatocyte growth factor is a ligand for MET. Once MET has been activated, it results in dimerization and signaling through multiple intracellular pathways, resulting in tumor growth and proliferation. What’s interesting is how MET exon 14 skipping mutations affect MET signaling. Usually, a mutation resulting in the skipping of exon 14 happens in the intron region of MET, resulting in alternative splicing, and therefore, deletion of the juxtamembrane domain of the MET receptor. The juxtamembrane domain is very important because that’s where Cbl binds, and Cbl marks the receptor for degradation. So, there is no place for Cbl to bind. The receptor does not get degraded. Therefore, it continues to signal, resulting in tumor growth.

Joshua M. Bauml, MD: MET exon 14 skipping alterations tend to occur about 5% of the time in nonsquamous non–small cell lung cancer, though they can occur at higher rates in certain histologies. Most notably, the rates are as high as 20% in sarcomatoid non–small cell lung cancer. So, it’s critical that we get testing done. One of the important things to remember when you’re doing this testing is that the mutation is in the intron of MET. And so, if your next-generation sequencing panel tends to focus on the exons, it will miss this. I know that many of my colleagues who are utilizing DNA-based next-generation sequencing may miss detecting MET exon 14 skipping alterations. In fact, using our next-generation sequencing assay at the University of Pennsylvania, I have found most of our alterations detected are on our RNA-based fusion assay as a 13-to-15 fusion, which is another way of saying exon 14 was skipped.

In terms of the risk factors, as I mentioned, patients with sarcomatoid lung cancer are at the highest risk. However, this is an alteration that can be found in people with a smoking history. They tend to be older than your other molecular driver alteration patient populations. Those are the major risk factors. 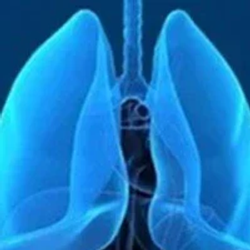 Dr. Le on the Safety of Twice-Daily Poziotinib in EGFR- or HER2 Exon 20–Positive NSCLC
x