Prognosis and treatment recommendations for patients with breast cancer and brain metastases rely heavily on the tumor subtype; however, evolving evidence demonstrates that receptor expression and subtype grouping may change during the course of the patient’s disease. 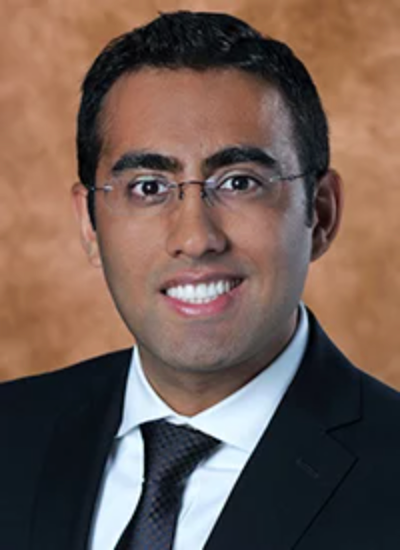 The diagnosis-specific graded prognostic assessment (DS-GPA) was developed as an objective means of estimating the survival of patients with newly diagnosed brain metastases. The prognostic criteria vary by tumor subtype. Specifically for patients with breast cancer, prognostic features include age, performance status, and tumor subtype.3 In general, the prognosis of patients with breast cancer who develop brain metastases has substantially improved over the past 20 years. The 5-year survival rate was approximately 1.3% in 2000 compared with 12% in 2020.4,5 During this time period, the DS-GPA has continued to stratify patients into prognostic groups, with median survival ranging from 6 to 36 months.

Prognosis and treatment recommendations for patients with breast cancer and brain metastases rely heavily on the tumor subtype; however, evolving evidence demonstrates that receptor expression and subtype grouping may change during the course of the patient’s disease. Whole exome sequencing of brain metastases compared with primary breast tumors as well as other visceral metastases have demonstrated that approximately 50% of brain metastases may exhibit actionable mutations that are not detected in the primary tumor.2

Patterns of tumor subtype switching has been observed in several studies; the most common discordances are estrogen receptor loss, progesterone receptor loss, and amplification of HER2 in the brain metastasis.2 Given the increasing availability of systemic therapies with the ability for intracranial penetration, a more comprehensive understanding of the biology of brain metastases has developed. This will be important for personalizing and tailoring therapy for patients at the time of intracranial progression.

There are number of management considerations to take into consideration for a patient who receives a diagnosis of brain metastasis, including performance status, number of brain metastases, size and location of the lesions, presence of neurologic deficits, age, the extent of the primary tumor or extracranial disease, overall stability on systemic therapy, and patient input.

Similarly, there are a range of treatment strategies for this patient population, from corticosteroids and medical management alone, to whole brain radiation therapy with or without hippocampal-avoidance, stereotactic radiosurgery (SRS), resection, or combination approaches. Evidence has shown the risk of neurocognitive decline in the setting of whole brain radiation therapy and therefore there has been a paradigm shift toward offering SRS for the majority of patients with brain metastases including those with multiple lesions or larger brain metastases. Additionally, SRS should be considered before or after surgery for patients requiring resection, or as a boost to reduce the bulk of leptomeningeal disease in those patients who will undergo intrathecal systemic therapy.

Primary SRS is an effective local therapy with many advantages for patients with brain metastases, including its ability to target surgically inaccessible areas of the brain; shorter recovery time compared with resection; shorter treatment schedules that allow expeditious treatment in between systemic therapy cycles for patients receiving standard cytotoxic chemotherapy; an effective management strategy for patients who develop metachronous lesions; and potentially a synergistic treatment along with targeted therapy or immunotherapy in select patients. Notably, the response to SRS for patients with brain metastases in different breast cancer subtypes mirrors the outcomes of patients treated with lumpectomy and adjuvant radiation therapy for early-stage disease. For example, results showed that patients with luminal B or HER2-positive disease subtypes experience the highest risk of local failure compared to those with luminal A disease.5

It is important to consider the timing and sequencing of systemic therapy around the time of radiosurgery for patients who are receiving treatment for their metastatic disease as well as local therapy with SRS. Several systemic therapy agents have been safely combined with SRS and results of retrospective studies have demonstrated favorable safety profiles with concurrent immunotherapy, capecitabine, temozolomide, trastuzumab (Herceptin), hormonal agents, and lapatinib (Tykerb).6 Results of a study of 445 patients with brain metastasis treated with SRS and concurrent systemic therapy showed an incidence of radiographic radiation necrosis of approximately 8%, which was comparable to those treated with radiosurgery alone.7

Further, the addition of systemic therapies, such as lapatinib may improve the control rates over SRS alone. In results from a retrospective study, investigators observed a reduction in the risk of local failure as well as a trend to decreased risk of distant intracranial failure with the addition of lapatinib to SRS.

The RTOG 1119 trial (NCT01622868), which evaluated radiation therapy with or without concurrent lapatinib for patients with HER2-positive breast cancer with brain metastases, reported results at the 2020 Society for Neuro-Oncology Virtual Meeting (Table8). Although concurrent lapatinib improved the 4-week overall response rate, concurrent treatment did not improve the 12-week complete response rate, the primary end point of the study. Moreover, the use of central nervous system (CNS)–penetrating therapy, presence of fewer lesions, and higher DS-GPA score were associated with a higher 12-week complete response rate. Finally, fewer lesions and the receipt of any CNS-penetrating systemic therapy were also associated with improved CNS progression-free survival. We await the publication of this and other studies to determine the synergistic benefit of concurrent treatment.

Although several agents for patients with breast cancer can be safely combined with radiosurgery, there is growing concern about the use of ado-trastuzumab emtansine (Kadclya; T-DM1) for those with HER2-positive disease with brain metastases who received prior stereotactic radiation therapy. Investigators have observed that patients who receive either concurrent or sequential radiosurgery with T-DM1 are at significantly higher risk of radiation necrosis. Therefore, caution is warranted in this patient population until additional data are collected.

In conclusion, advances in radiotherapy techniques and systemic therapy have allowed for improved survival and quality of life for patients with breast cancer and brain metastases. Further study is needed to optimize personalized management based on brain metastasis biology.