February 13, 2021 - Certain molecular signatures at baseline were found to be independently linked with long-term response to apalutamide in patients with nonmetastatic castration-resistant prostate cancer.

Molecular signatures indicative of increased immune activity, decreased vascularization, or decreased proliferative capacity at baseline were found to be independently linked with long-term response to apalutamide plus androgen deprivation therapy (ADT) in patients with nonmetastatic castration-resistant prostate cancer (nmCRPC), according to data from an exploratory analysis of the phase 3 SPARTAN trial (NCT01946204).1

At the final analysis of the randomized, placebo-controlled, phase 3 trial, treatment with apalutamide plus ADT increased median overall survival by 14 months versus placebo plus ADT in patients with nmCRPC.2 Based on initial data from the SPARTAN trial, the FDA approved apalutamide in 2018 for use in this setting.

For the analysis, which was presented during the 2021 Genitourinary Cancers Symposium, investigators characterized patients in the biomarker population of SPARTAN as either long-term responders (LTRs) or early progressors (EPs). Patients from the apalutamide plus ADT and placebo plus ADT groups were placed in quartiles based on the number and timing of metastatic events. Patients without progression or who reached a metastatic event after the third quartile were considered LTRs, whereas patients who had a metastatic event in the first quartile were considered EPs.

“Because patients in the placebo group had previously progressed on androgen deprivation therapy alone, our analysis focused only on the long-term responder population treated with apalutamide plus androgen-deprivation therapy,” said study investigator Felix Y. Feng, MD, professor of radiation oncology, urology, and medicine at the University of California, San Francisco and director of the Benioff Initiative for Prostate Cancer Research at Helen Diller Family Comprehensive Cancer Center.

The SPARTAN biomarker population comprised 233 tumors collected at radical prostatectomy or during diagnostic biopsies. “Gene expression profiling was used to identify molecular subtypes within the cohort, based on a selected number of predefined signatures representing distinct biological pathways or processes relevant in prostate cancer,” Feng said.

A t test method was used to analyze differential expressions in the LTR and EP groups. Signatures that showed nominal statistical significance were identified. In parallel, a Cox proportional hazards model was applied to the entire biomarker population to determine whether these signatures were associated with metastasis-free survival (MFS). The investigators then looked at signatures that were associated with response to treatment by both analyses. Signatures that were both differentially expressed in LTRs versus EPs and had a treatment-specific impact on clinical outcome were identified as predictive biomarkers of response to treatment, Feng said.

In the placebo group, increased hormonal independence and metastatic capacity at baseline were associated with early progression.

The investigators also found that patients with basal tumors with higher levels of T cell proliferation appeared to derive a similar benefit from apalutamide plus ADT compared with patients with luminal tumors. 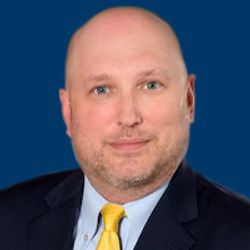