In an effort to build more sophisticated protocols that keep QoL and cost questions at the forefront, Montefiore Einstein Center for Cancer Care and Albert Einstein College of Medicine’s Institute for Onco-Physics created a mathematical model to identify the optimal candidates for proton therapy, the most modern form of radiation therapy for patients with head and neck cancers. 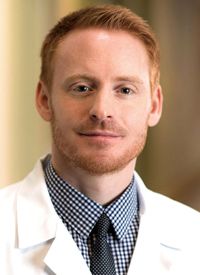 What is the most effective way to treat cancer? To some, the answer might seem straightforward, with the trifecta of chemotherapy, radiation, and surgery immediately coming to mind. Depending on the type of cancer, immunotherapies such as adoptive cell transfers, which strengthen a person’s own immune system, may also be a worthwhile strategy.

At Montefiore Einstein Center for Cancer Care and Albert Einstein College of Medicine’s Institute for Onco-Physics, we think about cancer treatments a little differently. Treatment is not just about destroying the cancer but also providing and helping to preserve the best quality of life (QoL) for our patients.

As one of the Centers for Medicare & Medicaid’s Oncology Care Models, we also wonder: What is the most cost-effective treatment option for our patients, and how can we most efficiently give our patients and their families the support they need?

In an effort to build more sophisticated protocols that keep QoL and cost questions at the forefront, we created a mathematical model to identify the optimal candidates for proton therapy, the most modern form of radiation therapy. Our focus: head and neck cancers.

Head and neck cancers account for approximately 3.0% of cancers in the United States, with most people receiving the diagnoses around age 60 years.1 With a rise in cases of oropharyngeal cancer linked to human papillomavirus (HPV) infections, we have been conducting research on new and better ways stratify patients and individualize cancer therapies.

Traditionally, we have used photon radiation therapy for our patients with head and neck cancers. However, proton therapy has emerged as an attractive option. This is due to proton therapy beam technology, which precisely destroys cancers with an unmatched ability to stop at precise locations within the body.

Protons also have significantly fewer adverse effects (AEs) and toxicities than most other cancer therapies, because of the protons’ unique ability to sculpt radiation doses according to the shapes and sizes of tumors. This is particularly important for head and neck cancers, which frequently are close to or impeding on vocal cords, air passageways, swallowing muscles, salivary glands, and the oral mucosa. The opportunity to preserve healthy tissue is considerable.

To assess which of our patients would likely benefit the most from proton therapy, we conducted a modeling study of 33 patients with head and neck cancer previously treated with chemotherapy and definitive intensity-modulated radiation therapy using static fields or volumetric-modulated arc therapy. The average age of the participants was 61 years and their cancers were distributed as stage II (n = 8), III (n = 5), and IVa (n = 20).2 Comparative proton therapy treatment plans were generated based on current clinical protocols, assuming similar treatment efficacy to that of standard photon therapy, which is supported by early clinical data.

Next, when reviewing each case, we estimated the impact of normal tissue complications from photon radiation therapy versus proton radiation therapy. Our goal was to have these results serve as a jumping-off point for creating a quantitative decision support system that can be used to identify optimal candidates for proton therapy.

In November 2018, we published our findings in the International Journal of Radiation Oncology.2 We found that on average, proton therapy can significantly spare the salivary glands, as well as the uninvolved oral cavity, jawbone, and thyroid glands. It is also particularly efficient in sparing the larynx and esophagus.

We then used QoL and cost effectiveness modeling. The efficacy of proton therapy translated into an average of 4.5 more months of life unimpeded by AEs compared with traditional photon radiation therapy. Specifically, we found that the quality-adjusted life-years (QALYs) lost as a result of complications was 1.52 with photon therapy versus 1.15 with proton therapy.2

AEs estimated to be significantly less prominent include swallowing difficulties, inflammation of the esophagus, and reduced saliva production.2 For people suffering from head and neck cancer and their families, the ability to avoid these types of complications makes an overwhelmingly important difference in QoL.

We found, however, that these types of results were not consistent for all people with head and neck cancers (Figure 1). Although some of our patients with head and neck cancer are likely to have these considerable benefits from proton therapy, others are likely to have very little or no benefit, despite all patients being treated with a similar approach according to current guidelines. (The QALYs spared with proton therapy ranged from 0.06 to 0.84.2)

Although data supporting the efficacy of proton therapy are robust for pediatric cancers, brain and base-of-skull tumors, and complex-shaped tumors near critical structures, the technology is also expensive and not always easily accessible.

Just as biomarkers have been developed to select chemotherapy, we wanted to identify factors that distinguish which patients would most benefit from this novel treatment and which would benefit from traditional photon radiation therapy.

These characteristics help determine who is most likely to benefit from proton therapy:

According to the Agency for Healthcare Research and Quality (AHRQ), the direct medical costs for cancer in the United States approached $88 billion in 2014.3 More recent cost estimates are closer to $100 billion. The highest expense in cancer therapy involves the regrowth of cancer—large sums are required to prolong survival and maintain QoL. By increasing cure rates and improving patients’ QoL, we can increase cost-effectiveness.

It is important for healthcare providers not only to educate our patients and their families about each treatment’s ability to destroy cancers, but also to manage expectations about different treatments and what life may look like “post cancer.”

Proton therapy is one of the most modern therapies available, and its ability to minimize AEs such as trouble swallowing, reduced ability to eat, dental problems, and difficulty digesting food can’t be understated for some of our patients.

However, we need to do more, and conduct larger studies to pinpoint who these patients are and what they look like, as well as which individuals would benefit more from traditional or alternative therapies. This leads to better care for our patients and helps us prioritize valuable health system resources.

We are planning a larger retrospective study to validate these initial findings. Stay tuned for more.