Reza Mehrazin, MD, discusses the need for more research before determining the role of cytoreductive nephrectomy in an era of immunotherapy and targeted therapy. 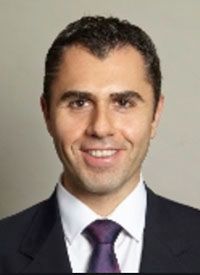 Although the CARMENA and SURTIME trials did not show an improvement in survival with cytoreductive nephrectomy followed by sunitinib (Sutent) compared with sunitinib (Sutent) alone in patients with metastatic renal cell carcinoma (RCC), its role still needs to be defined for select patients, according to Reza Mehrazin, MD.

In the phase III CARMENA study, investigators compared cytoreductive nephrectomy followed by sunitinib with sunitinib alone in patients with metastatic RCC. At a median follow-up of 50.9 months, results showed that patients given sunitinib alone experienced a longer median overall survival (OS) of 18.4 months versus surgery plus sunitinib at 13.9 months (HR, 0.89; 95% CI, 0.71-1.10).1

Updated CARMENA findings focused on the International Metastatic Renal-Cell Carcinoma Database Consortium (IMDC) intermediate-risk population.2 The final analysis, which had a median follow-up of 61.5 months (range, 0.0-100.7), showed that the updated median OS was 15.6 months with cytoreductive nephrectomy/sunitinib compared with 19.8 months for sunitinib alone (HR, 0.97; 95% CI, 0.79-1.19) in the intent-to-treat population. In the IMDC intermediate-risk subgroup, the median OS was 19.0 months and 27.9 months with cytoreductive nephrectomy/sunitinib and sunitinib alone, respectively (HR, 0.94; 95% CI, 0.70-1.24).

In an interview during the 2020 OncLive State of the Science Summit™ on Genitourinary Cancers, Mehrazin, assistant professor of urology at Mount Sinai Hospital, discussed the need for more research before determining the role of cytoreductive nephrectomy in an era of immunotherapy and targeted therapy.

OncLive: What level I evidence supports the use of cytoreductive nephrectomy in metastatic RCC?

Historically, cytoreductive nephrectomy did improve survival. It does have a role, in which we can further discuss who would be appropriate for this kind of surgery.

Could you discuss the findings from the CARMENA trial?

The CARMENA trial randomized patients with metastatic RCC to either surgery plus sunitinib or sunitinib alone. In short, they concluded that those who received medical therapy only and did not have surgery did not have worse OS outcomes. This trial has issues that have been heavily discussed. First, approximately 44% of patients in the surgical arm progressed. Normally, we do not consider operating on these patients. A lot of the patients in both arms had surgery, and the volume of cases per each center is questionable because, on average, it comes down to less than 1 patient per center per year.

I mention this because volume is important. These are the kind of surgeries that have to be done at high-volume centers because the outcomes are directly correlated.

The SURTIME trial also evaluated the role of cytoreductive nephrectomy. What did that trial show?

That study closed prematurely, but some of the patients with metastatic RCC progressed very quickly. What we can take from that study is that maybe not doing surgery can help improve OS in some of these patients.

This study assumed that surgery has a role, in addition to effective VEGF TKIs, but they were questioning the timing of surgery. Would it be better to do surgery before or after systemic therapy?

How do you apply these data to clinical practice?

Could you discuss the utility of targeted therapies and how it relates to cytoreductive nephrectomy?

To support the role of surgery, you have to have good level I evidence from a randomized clinical trial, which, unfortunately, we do not have. There are no good targeted therapies in my opinion, and there are studies I mentioned that have a lot of errors and issues. We should still rely upon large, multicenter, institutional data that [are available].

What factors do you have to consider when deciding whether or not cytoreductive nephrectomy is appropriate?

Performance status, risk factors, and a few plasma markers are used. It is a combination of radiographic, clinical, and risk or strength implications. Nomograms, mostly done by large cancer centers, have also been validated. There are nomograms out there for surgeons and medical oncologists and even patients that objectify the risks of surgery or medical therapy.

Appropriate patients include those who have good performance status and low metastatic volume, because some of these patients’ overall performance statuses improve when you conduct cytoreductive nephrectomy. Sometimes they can see a medical oncologist but other times they have so many symptoms they cannot go to a clinic and receive systemic therapy.

What ongoing trials could provide evidence on these issues?

We still need to evaluate the role of cytoreductive nephrectomy in the immuno-oncology field. The PROSPER trial is currently ongoing and will hopefully shine light [on that question]. Combination therapy and immuno-oncology, perhaps, have a better role and we will have to see the context of the trial.

PROSPER is a trial that is enrolling patients with advanced, nonmetastatic disease. They undergo biopsy prior to receiving immunotherapy, and after surgery the intratumor heterogeneity will be evaluated. There are a few centers in the country that are up and running and, hopefully, within the next 2 to 3 years we will have early data on it.