Multiple Factors Contribute to Disparities in Health and Cancer Outcomes

The issue of disparities in cancer is multifactorial, as it can cover not only race, ethnic, and cultural issues, but also gender identification.

In 2015, when then President Barack Obama unveiled the country’s Precision Medicine Initiative in a State of the Union address, some $200 million was directed through the National Institutes of Health (NIH)1 to facilitate data-sharing and bring returns on this investment, including projects that would allow the collection of genetic samples in minority communities.

“Five years down the road, we’ve realized that there have been several challenges for a full-fledged implementation of the Precision Medicine Initiative, combined with the effective representative samples from multiple ethnic minorities,” said Kashyap Patel, MD, chief executive officer of Carolina Blood and Cancer Care Associates, based in Rock Hill, South Carolina. Patel is the current president of the Community Oncology Alliance (COA) and associate editor of Evidence-Based Oncology™.

Patel moderated a discussion, “Disparities in Cancer Care: Sources and Solutions,” which took place March 22, 2021. This was the first webcast of a new initiative by The American Journal of Managed Care®. This initiative, the Oncology Value Coalition, brings together experts in oncology care for online discussions in topics of interest.

Last fall, Patel said, a damning report came from the American Association for Cancer Research, when its assessment on disparities in cancer found the following (FIGURE):

Disparities in outcomes occur can arise from poverty or lack of transportation, said Karen Winkfield, MD, PhD, a radiation oncologist who last year became executive director of the Meharry-Vanderbilt Alliance in Nashville, Tennessee.

“There are many factors why minority patients may not be able to reach the doctor’s office, and then we blame them for the shortcomings that they have,” Patel said. “That’s beyond their control.”

Winkfield said access issues include testing. As a radiation oncologist, she has seen many patients with breast cancer. “And I cannot tell you how many times there would be a patient who had come, perhaps from an outside institution, who had a biopsy that was done, had their lumpectomy done, and they did not have Oncotype testing as part of that,” she said, referring to the 21-gene test that evaluates recurrence score.3

The issue of disparities in cancer is multifactorial, as it can cover not only race, ethnic, and cultural issues, but also gender identif ication, said Debra Patt, MD, PhD, MBA, an Austin-based breast cancer specialist with Texas Oncology who is secretary of COA. Karen Winkfield, MD, PhD “Some issues are cultural and some are about trust. Some issues are socioeconomic and some are our exclusion criteria.”

Patt brought up a topic familiar to the whole panel: Medicaid access, or lack of it. Patel and Patt are based in states that have not expanded Medicaid, and Winkfield recently relocated from Wake Forest University in North Carolina, which is among them.

Black patients are more likely to have aggressive breast and prostate cancer and multiple myeloma, while Hispanic populations are likely to have higher rates of cervical and hepatobiliary cancers. But as a physician in 1 of 12 the states that have not expanded Medicaid, Patt said knows geography plays a role, too.

“We have a large portion of adult Texans who don’t have access to health care, period. And so, between ages 19 to 65, that’s about 25% of adults in Texas who don’t have access to insurance. We know in that patient population, that they’re 6 times more likely to present with advanced cancer, and they die more rapidly of their disease because they present with advanced cancer,” Patt said. “I think the access issue is a real hurdle that has to be overcome. We have to talk about it transparently because it factors into this.”

Patel said minority groups also are underrepresented in genome-wide association studies that are used in drug development.4 According to a recent study, the degree to which they are underrepresented is astonishing: By 2017, of 35 million samples, 80% were of Northern European ancestry, even though this population is less than 10% of the population worldwide.5,6

The implications are significant. “What shocks me is that when you look into the personalized medicine, we all are different biologically. So the starting point of the designer drug development process does not have information on who we are,” Patel said.

“Precision medicine has widened the gap to the point that patients of minority [groups] may live [shorter lives] compared to those who are represented in the drug development process,” Patel said. “How do we address that?”

As a breast cancer specialist, Patt sees how this happens up close: If the payer doesn’t cover the test, the test doesn’t happen. In metastatic breast cancer, that’s a lot of missed opportunity. Communicating the need for a test can be more challenging if there are economic and cultural barriers. “Is policy actually a coverage determination policy?” she asked. “I think if we could change those things that it would help.”

Patel spoke of the need to bring clinical trials to underserved areas and involve community oncologists to not only to reduce travel times for rural patients, but also to reduce the level of intimidation some may feel in dealing with an academic center. Winkfield, who earlier in her career was a clinical fellow at Harvard, said there are equally impressive examples of trials close to patients who live far from academic centers.

“There are great examples of community oncologists who are doing the good work of bringing clinical trials right into people’s backyard to make it better for them…to make it more accessible,” Winkfield said. Institutions and national organizations should look for ways to support this work, and she agreed with Patel that “it’s been a long time coming.”

Patt, who manages breast cancer trials for Texas Oncology, said there’s considerable administrative work to bring them to the community level, but it’s worth it. “We have 70 to 80 clinical trials at any given time, and it’s a lot of sweat equity,” she said. “It’s IVs every week and a lot of administrative time and support. But I think it’s really meaningful that community oncologists need to have this as a priority.”

The doctors agreed that more digitization of the administrative work would ease that burden and make trials more cost-effective. Winkfield noted that a “silver lining” of COVID-29 is that oncologypractices have learned they can do some administrative steps remotely, such as consents.

Is there opportunity for the Biden administration to expand Medicaid access to more patients, or can more be done to help oncology practices reduce disparities? The most obvious recent step is the new round of incentives in the American Rescue Plan of 2021 for the 12 states that have not expanded Medicaid. The panel discussed “carrots and sticks” that can be used in the drug approval process if manufacturers are not doing enough to enroll minority patients, and Winkfield noted the recent spate of withdrawn indications in lung and bladder cancer as a sign that FDA is enforcing requirements.7,8

CMS can take an approach called coverage with evidence development, although attempts to do so in the area of chimeric antigen receptor T-cell therapy have been met with some pushback. Reducing disparities in cancer care has been a major agenda item for every major cancer group in the past year. Patel noted that the second part of the 21st Century Cures Act features an inclusivity mandate—meaning that drugs cannot be approved unless they will treat diverse populations. It will be up to the research community to help hold the pharmaceutical industry’s feet to the fire, he said. 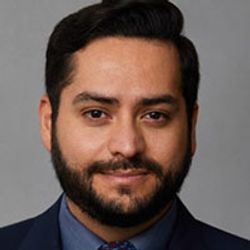