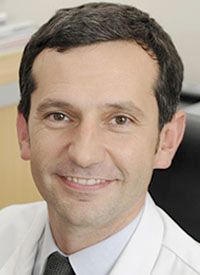 The 2-part, single-arm trial with an expansion cohort was designed to evaluate the safety and efficacy of necitumumab in combination with abemaciclib in comparison with historical data. The primary endpoint was PFS at 3 months.

“If you compare these results with what is available in the literature, you have to compare with single agent erlotinib in non-mutated NSCLC patients, and, in fact, the activity is quite similar to this monotherapy, so we can consider that this trial is negative.” said Besse, presenting author and head of the thoracic cancer unit, Department of Medicine, Institut Gustave Roussy, Villejuif, France. “The combo should not be developed further unless a predictive biomarker could be found, either for necitumumab or for abemaciclib, and then we could reexplore the combination—but in a molecularly-selected NSCLC population,” he added.

Investigators determined that necitumumab at 800 mg and abemaciclib at 150 mg was the maximum tolerated dose in cycle 1 of the treatment. During the dose experimentation phase, 3 patients developed a DLT in cycle 1. One patient assigned to 150 mg of abemaciclib (n = 3-6) experienced grade 3 diarrhea. In the cohort receiving 200 mg of abemaciclib (n = 3-6), there was 1 case of grade 3 stomatitis and 1 case of grade 4 thrombocytopenia.

The second part of the study was the dose extension with 50 patients added—25 with nonsquamous NSCLC and 25 with squamous NSCLC. Besse said the challenge in stage IV NSCLC is to find effective third-line treatment. “Today, we have 2 lines of chemotherapy, and we have immunotherapy, but in the third line there is no approved agent but erlotinib, which in an unselected population has poor activity.”

Necitumumab, which targets the epidermal growth factor receptor (EGFR), is approved for first-line treatment in combination with cisplatin and gemcitabine in squamous lung cancer patients. “We know that it has activity in lung cancer, and the goal was to combine necitumumab with [CDK4/6 inhibitor] abemaciclib, which has a completely different mechanism, and there is some biological rationale for combining these 2 drugs,” he said.