The combination of nivolumab (Opdivo)plus ipilimumab (Yervoy) elicited durable responses with favorable tolerability in patients with advanced renal cell carcinoma (RCC) who progressed on checkpoint inhibitors, according to results from an exploratory track 2 analysis from the FRACTION-RCC study (NCT02996110).

“At the time that the FRACTION-RCC program was conceived and developed, nivolumab had a second-line salvage approval for kidney cancer and ipilimumab wasn't yet FDA approved; the regimen was still under investigation,” said Scott Tykodi, MD, PhD, co-investigator on the trial. “The question [that remained] in the field was, ‘What do you do with [those who have] PD-1 refractory disease? Can it be salvaged? Can you add something to [a] PD-1 [inhibitor]?’ These questions were very relevant then, and they remain relevant.”

In the open-label, randomized, phase 2 FRACTION-RCC study, patients received the doublet regimen for up to 2 years, until disease progression, intolerable toxicity, or protocol-specified discontinuation. After a median follow-up of 21.6 months, investigators observed an objective response rate of 15.2% (95% CI, 6.3-28.9). No patients were reported to have achieved a complete response, 7 achieved a partial response, and 17 patients achieved stable disease.

In an interview with OncLive, Tykodi, a physician at the Seattle Cancer Care Alliance; an associate professor in the Division of Medical Oncology at the University of Washington Medicine; and an associate professor in the Clinical Research Division at Fred Hutchinson Cancer Research Center, discussed the FRACTION-RCC study and other novel combinations under exploration for heavily pretreated patients with advanced RCC.

OncLive: What was the rationale for the FRACTION-RCC study?

Tykodi: The FRACTION-RCC program is much bigger than what was presented at the 2020 ASCO Virtual Scientific Program. The ASCO presentation [focused on] the immunotherapy combination of ipilimumab/nivolumab, which is very well recognized; that combination has a frontline indication for kidney cancer. It's interesting to see the evolution of ipilimumab in renal [cancer over the years].

At the time that FRACTION-RCC was being developed, ipilimumab was not yet FDA approved. It [has since come] forward as a frontline regimen, so now we're typically giving it in combination with nivolumab up front. However, competing regimens [have also emerged], such as pembrolizumab (Keytruda) plus axitinib or avelumab (Bavencio) plus axitinib; there will be patients [who progress on] a frontline PD-1 or PD-L1 inhibitor with a TKI who have only received PD-L1 pathway blockade. Now, practicing clinicians will ask themselves, “Should I give them CTLA-4 blockade? Is that meaningful?”

It's interesting that the FRACTION-RCC program has come full circle; it has multiple phase 2–sized cohorts and it is intended to be a rapidly manipulable program where new combinations can be added as time moves forward.

The [data presented during the ASCO Virtual Scientific Program] are the first FRACTION-RCC data to be presented publicly for previously treated patients who received ipilimumab/nivolumab. There's a track for untreated patients, a track for previous therapy, and multiple immunotherapy combinations. This is just the first iteration of FRACTION-RCC and likely different [aspects will be presented] as time goes on.

What were the most significant findings from this part of trial?

We're looking at track 2, [which focused on] previously treated patients; they had to [have received prior treatment] with checkpoint inhibitors. They could have had PD-1/PD-L1 inhibitors or CTLA-4 inhibitor. Ipilimumab was the add-on to the PD-1 inhibitor nivolumab, which was the backbone, and this [was] common across all the FRACTION-RCC doublets; that meant that patients could not have received prior CTLA-4 blockade.

All [patients] had received prior PD-1/PD-L1 in their treatment experience. [Approximately], 80% of patients had prior TKI [exposure] and 50% had received 3 or more prior lines of therapy, so [this was a] heavily pretreated population. The PD-1/PD-L1 and VEGF pathway failure pattern now corresponds very well with patients who will have failed the frontline regimen; it really resonates with people.

Forty-six patients correspond to that treatment history. They received ipilimumab in the standard format, [including a] dose intensity of the approved regimen, 1 mg/kg in combination with nivolumab, and then ongoing single-agent nivolumab at 480 mg at a flat dose every 4 weeks. [This is a] very conventional dose and schedule for the ipilimumab/nivolumab regimen.

The high-level results [showed an] objective response rate of 15.2%, a disease control rate of 52.2%, and [the median] PFS was [16.1 weeks]. Besides the response rate, what was noteworthy was the DOR, which hadn’t been reached by a median follow up of 21.6 months. This tells you that the duration [of response] is going to be very solid in the patients who do achieve a response. Off trial, [I have] given ipilimumab to patients who have had PD-1 exposure, and very often, the disease control and stable disease are perfectly adequate.

Patients who aren't symptomatic [in terms] of their disease burden have typically had very good success, long-term disease control, and no toxicity. We’re really hoping to extend the window of using immunotherapy drugs; even in some of the nonobjective responders, there may be some clinical benefit [with this approach].

The toxicity was very typical of what you would expect for ipilimumab. Patients had prior PD-1 exposure and they're receiving nivolumab as part of the combination; however, they've shown decent tolerance and didn't experience catastrophic toxicity. You're really seeing an ipilimumab toxicity profile come through.

Grade 3/4 toxicity [was observed in] 28.3% [of patients], which is what you'd expect with ipilimumab monotherapy. The most frequently reported toxicity was diarrhea, which is another common toxicity observed with ipilimumab. The second most common toxicity was elevated lipase; you often see that with combination therapy. [We didn’t see any] big surprises and no grade 5 toxicities [were observed] in the cohort. [The safety profile] was pretty much as expected.

Is it worth exploring other combination partners with nivolumab?

That's one of the concepts of the broader programmatic structure for the FRACTION-RCC platform: To be able to introduce new combinations into a previously standing clinical trial apparatus and program. [We hope to] make amendments to the study, document, and add something new. You could bring forward a TKI in combination with nivolumab. You could consider triplet therapy by building on top of ipilimumab/nivolumab. If you perceive it to be well tolerated in the salvage setting, you could add a third drug into the mix, whether that be a TKI or a novel immunotherapy drug. That is part of the game plan: To be able to adapt and bring forward new interesting combinations fairly quickly.

The combination of nivolumab and cabozantinib (Cabometyx) actually has a press release [showing] positive [data when examined in the] frontline [setting in a] phase 3 study. The expectation is that [the combination] will make its way through licensing approval; it is actually likely to be approved in the not too distant future. However, what would that look like in the salvage setting? For patients who may be immunotherapy experienced but never received a targeted drug, what if you continue the immunotherapy and add the targeted drug? Is that better than just converting to a targeted drug monotherapy? That's a great question in the field and nobody has a really good [answer] for [that yet]. A little bit of data were presented during the 2020 ASCO Virtual Scientific Program that deals with that space and showed some interesting observations.

Are there other methods to determine whether a patient should receive ipilimumab later on?

A fairly small cohort [was examined in the study] and no biomarker analysis was performed. We can't really offer a way to home in on who's more likely to respond [to ipilimumab]. Obviously, patients couldn't have ongoing high-grade toxicity or steroid requirements. In that sense, patients had to prove that [they could] tolerate [a] PD-1 or PD-L1 [inhibitor] without experiencing limiting toxicities in order to be eligible to receive ipilimumab.

Related datasets were presented during the 2020 ASCO Virtual Scientific Program. Two protocols were similar in that they started patients on PD-1 blockade monotherapy and added ipilimumab as a salvage [therapy] if they experienced disease progression. Looking at the absolute numbers, such as how many patients actually became eligible for ipilimumab, there are a lot of attrition, patients who wind up having disease progression that makes them too ill to receive additional therapy. [This is] probably a little bit disappointing to the investigators: Seeing the number of patients who fall out of the protocol and never get the option of receiving ipilimumab.

This protocol is enrolling at the time of need of salvage therapy; it's not going back to the start of initial therapy. You don't have any idea what happened to patients before they come up for this protocol; you don't have the perspective about the loss of those who might have been eligible for therapy. When you're going back to the frontline and asking the question of what to offer the patient initially, if you think that you'd start cautiously driving, steering clear of toxicity, and imagining that you could salvage the disease progression, you have to be careful because that can bite you. Your patient can become too ill to receive the therapy that you were holding back on. However, those protocols also provide insight into the activity of CTLA-4 blockade after PD-1 exposure.

There are 2 data sets that are very comparable to FRACTION-RCC in terms of their results. The GU16-260 trial was also presented during the meeting, and TITAN was presented by Eric Jonasch, MD, of The University of Texas MD Anderson Cancer Center, at the 2019 ESMO Congress. Both [trials started] patients on a PD-1 inhibitor and then added ipilimumab after disease progression. These trials showed comparable [response rates] to FRACTION-RCC and both are faithful to the 4 doses and the dose intensity of ipilimumab, so using it in a conventional way.

The OMNIVORE protocol only offered 2 doses of ipilimumab [and the] response rate was [lower]. One of the points of discussion regarding that abstract was that abbreviating the [dosing of] ipilimumab [might have been] why the response rate was so low. However, again, offering ipilimumab in the setting of refractory disease is fairly akin to what we're doing with FRACTION-RCC, [although] we're actually a couple of steps further down the pathway, as most patients have received multiple prior therapies. It’s very encouraging that patients are still able to respond to the CTLA-4 blockade, despite having received 3, 4, or 5 prior lines of therapy. 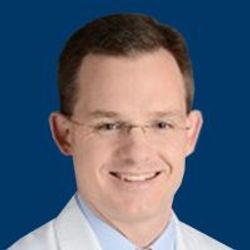 Dr. Rizvi on the Implications of the CheckMate-227 Trial With Nivolumab/Ipilimumab in NSCLC 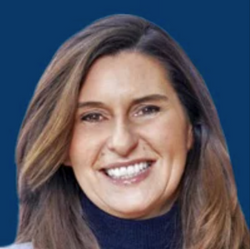