Researchers have designed a recently launched clinical study into entrectinib, a first-in-class inhibitor of tropomyosin receptor kinases, as a basket trial in which the drug can be evaluated simultaneously for activity against three gene alterations and multiple tumor types.

A decade ago, researchers believed molecular alterations occurred in only one or two cancer types. That way of thinking has changed, however, with the understanding that the same alterations, especially gene fusions, can occur across many different tumor types.

As a result, researchers have designed a recently launched clinical study into entrectinib, a first-inclass inhibitor of tropomyosin receptor kinases (Trk), as a basket trial in which the drug can be evaluated simultaneously for activity against three gene alterations and multiple tumor types.

STARTRK-2 (NCT02568267) is an open-label, phase II study in which patients with locally advanced or metastatic solid tumors are assigned to different baskets according to whether their tumors harbor rearrangements in one of three key genes—NTRK1/2/3, ROS1, or ALK.

To be eligible for the trial, participants who have those aberrations cannot have received prior therapy that inhibits their respective gene rearrangements; the exception is that prior treatment with crizotinib is permitted for patients with non— small cell lung cancer (NSCLC) with ALK or ROS1 rearrangements who only have progression in the central nervous system.

Investigators are seeking to enroll approximately 400 participants in three tumor categories: NSCLC, metastatic colorectal cancer (mCRC), and other types of tumors and sarcomas. The main patient populations will be participants with NSCLC and mCRC.

Entrectinib is a small-molecule inhibitor of three Trk kinases (TrkA/B/C), which are encoded by NTRK genes, as well as an inhibitor of ROS1 and ALK activity. Rearrangements in these genes are variously present in nearly a dozen tumor types including NSCLC, CRC, sarcomas, gastrointestinal stromal tumors, Spitz melanoma, and papillary thyroid carcinoma.1

“What we are seeing is that regardless of the originating tumor type, these oncogene-driven tumors behave similarly in their response to targeted drugs,” said Robert C. Doebele, MD, PhD, an investigator for the STARTRK-2 trial at the University of Colorado School of Medicine, where he is an associate professor in the Division of Medical Oncology. For rare or infrequent oncogenes, trial sponsors are not restricting enrollment to particular tumor types, added Doebele. “This seems to be a new paradigm in study design,” he said.

“Basket trials have gotten hot over the last couple of years,” noted Andrew Nelson, MD, PhD, an assistant professor in the Division of Laboratory and Pathology at the University of Minnesota.

Additionally, the trial design addresses the challenge of identifying cost-effective and clinically accurate methods of screening relatively large numbers of patients for gene alterations that may be relevant for a fraction of patients, Nelson indicated. 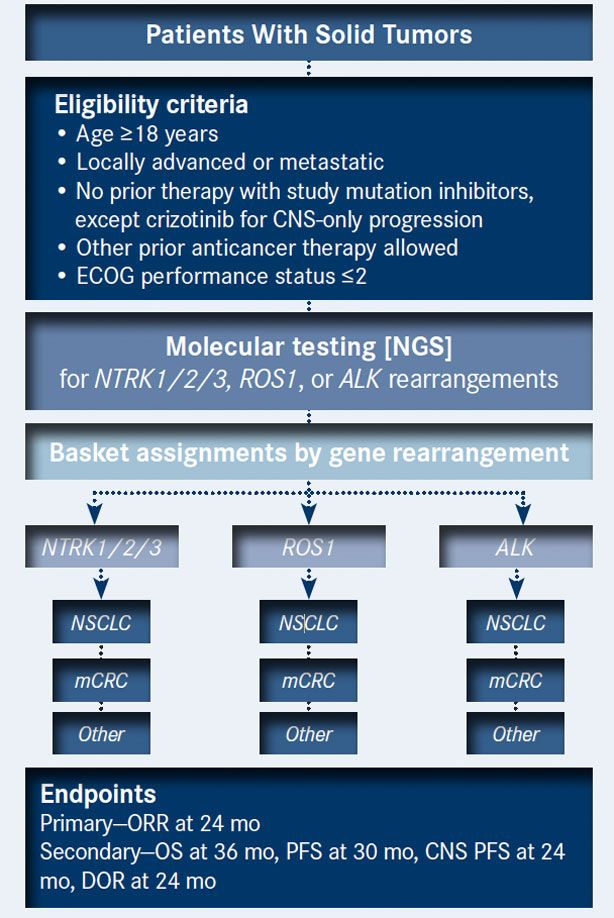 Ignyta, the San Diego company developing entrectinib, has designed a protocol that consists of an immunohistochemistry (IHC) screening test to identify patients potentially eligible for therapy and a companion molecular diagnostic test to confirm the IHC results. The molecular test is available on a platform that is accessible to all laboratories with next-generation sequencing capability.

“There’s no quandary about where the cut-off level is for gene amplification. The patients either have them or don’t,” said Doebele. “The assays are relatively straightforward.”From a clinical standpoint, the rationale for the STARTRK-2 trial was established in two phase I clinical trials: the ALKA-372-001 study and the STARTRK-1 study. Both trials were designed to determine the maximum tolerated dose and/or recommended phase II dose (RP2D), as well as preliminary anticancer activity, of single-agent entrectinib in patients with solid tumors with the relevant molecular alterations.

Updated interim results, presented at the 2015 European Cancer Congress in September,1 showed that a total of 92 patients had been dosed across both trials as of the August 15, 2015, cutoff date, with nine patients treated at or above the RP2D beyond 6 months and one patient beyond 1 year. The fixed daily RP2D was determined to be 600 mg, taken orally once per day.

The overall response rate was 72% among patients with rearrangements in NTRK, ROS1, or ALK genes who had not received prior ALK or ROS1 inhibitor therapy, with 13 of 18 patients responding according to assessments at the clinical sites. These patients had been treated at or above the RP2D.

Most of the treatment-related adverse events (AEs) reported during the two trials were of grade 1/2 severity. The most frequently reported (>10% incidence) AEs were fatigue/asthenia, dysgeusia, paresthesia, nausea, and myalgia. There were seven instances of grade 3 AEs: fatigue/asthenia (4 patients), cognitive impairment (2 patients), and diarrhea (1 patient). No grade 4 treatment-related AEs were observed.

For more information on the phase II trial for entrectinib in patients with NTRK, ROS1, and ALK gene rearrangements, please visit www.STARTRKtrials.com. 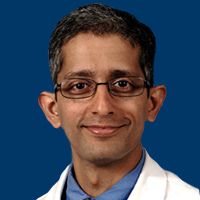