Kira Gritsman, MD, PhD, discusses several novel agents that are under investigation to improve outcomes in poor-prognosis subsets of patients with AML, early data supporting these approaches, and the potential impact of these options on the treatment paradigm. 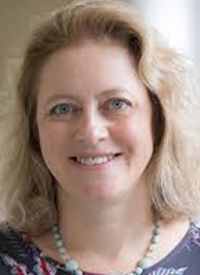 Novel agents such as magrolimab and SNDX-5613 have been designed to target macrophages or epigenetic mechanisms, respectively, to elicit higher response rates in subsets of patients with acute myeloid leukemia (AML) who have a poor prognosis and are in need of options, according to Kira Gritsman, MD, PhD.

“We have some preclinical work examining venetoclax [Venclexta] in combination with hypomethylating agents [HMAs],” said Gritsman. “Another approach is focused on targeting the immune system, particularly macrophages, phagocytosis of leukemic stem cells, and leukemic cells in general. The third major approach is therapy that targets epigenetic regulation and perhaps could help with nongenetic mechanisms of resistance in AML.”

In an interview with OncLive® during an Institutional Perspectives in Cancer webinar on hematologic malignancies, Gritsman, an associate professor in the departments of medicine (oncology) and cell biology at Albert Einstein College of Medicine, discussed several novel agents that are under investigation to improve outcomes in poor-prognosis subsets of patients with AML, early data supporting these approaches, and the potential impact of these options on the treatment paradigm.

OncLive®: Several efforts are being made to target the immune system to move the needle forward in AML. Could you discuss the rationale behind targeting macrophages, such as CD47?

Gritsman: Macrophages are able to phagocytose tumor cells; they are also the “first responders” of the immune system. They are able to secrete cytokines and recruit T cells to tumors. Some tumor cells express “eat-me” signals, which recruit macrophages; “do not eat me” signals [include] CD47. When macrophages see [such a] signal, they don’t attack those cells; therefore, cells that express high levels of CD47 can evade macrophages. In fact, it has been demonstrated that AMLs that express high levels of CD47 have a poorer prognosis than tumors that express lower levels.

Magrolimab is a CD47 antibody that prevents this immune-evasion mechanism and allows AML cells to be recognized and engulfed by macrophages. What’s neat about this is that, at least in theory, it should be agnostic to the genetic subtype of AML. It’s really about the molecule that’s expressed on the cell surface, and if CD47 is downregulated, any type of AML should be susceptible to phagocytosis by macrophages. Thus far, that is what’s being observed. It’s still pretty early days in that study, but we are starting to see promising results.

Could you expand on the data that support this strategy?

The data that I’ve seen were presented at the 2019 American Society of Hematology Annual Meeting and Exposition from the study with magrolimab in combination with azacitidine. That [combination] was examined in [patients with] AML and also in [those with] high-risk myelodysplastic syndromes. Investigators reported responses in 69% of patients with AML, which was 11 of 16 patients. Although this was not a huge number of patients, [the results were] still promising. [Investigators] also observed elimination of leukemic stem cells in 10 of those patients. The FDA granted a breakthrough therapy designation to magrolimab based on those data.

Another novel effort under exploration is focused on targeting epigenetic regulation. To that end, could you shed some light on SNDX-5613 and what makes this agent unique?

SNDX-5613 is a very interesting drug; it uniquely targets epigenetic regulation. Most small molecule inhibitors target enzymes and the catalytic site of those enzymes. Although [SNDX-5613] is a small molecule, it doesn’t target any catalytic site; this agent intercalates in the binding pocket between the protein MLL and the protein menin and disrupts that interaction. The reason that’s important is because MLL is rearranged in many leukemias, both myeloid and lymphoid. [Patients with] MLL-rearranged leukemias have a very poor prognosis. [MLL rearrangements] are associated with infant leukemia or with therapy-related leukemia; these are very difficult to treat and have a high risk of relapse.

AML, when it’s in these rearrangements, loses some of its normal protein interactions and instead interacts with menin and the DOT1L complex. The DOT1L complex catalyzes an activating mark on H3K79, which ultimately leads to the inappropriate expression of self-renewal genes, such as the Hox genes, in more committed progenitor cells that shouldn’t be expressing them. This basically converts these cells into leukemic stem cells and also impairs differentiation. However, that association between MLL and DOT1L depends upon association between MLL and menin.

Several preclinical studies have shown that when the MLL/menin interaction is disrupted, this leads to the differentiation of leukemic cells; it can also result in the elimination of leukemic stem cells in mouse models. That preclinical activity has been shown in MLL-rearranged leukemia, but also, interestingly, in AML with the NPM1c mutation. In both of those cases, it seems to eliminate leukemic stem cells and cause differentiation. Based on that, these are the subgroups in which the drug is currently being tested.

At this point, the agent is being tested specifically in those genetic subgroups of AML. [A small quantity of] preliminary data [from the phase 1 portion of the trial] were [recently] presented. [Investigators] observed responses in 2 of 3 patients with MLL-rearranged AML who had received treatment. I believe 1 of them actually achieved a complete response. No dose-limiting toxicities [were observed], but there was some QTc prolongation. So far, [the data look] good, but it is still very early days.

If the data continue to be positive, how could an agent like this affect the paradigm?

The agent is being tested in the relapsed/refractory setting. In the future, it potentially could be tested up front. Depending on whether it continues to showcase a good toxicity profile, it could potentially be tested in combination with 7+3 chemotherapy or with venetoclax/HMA, if that’s in the appropriate setting. In more advanced-phase trials, [the agent] would probably also be tested primarily in patients with MLL-rearranged leukemia, or NPM1c AML. Both of those groups of patients do not have any targeted therapies available to them right now.