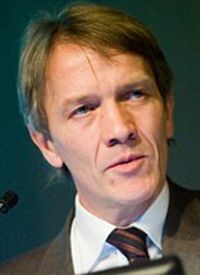 Combining the PARP inhibitor olaparib (Lynparza) with the antiandrogen agent abiraterone acetate (Zytiga) reduced the risk of disease progression or death by 35% compared with abiraterone alone in pretreated patients with metastatic castration-resistant prostate cancer (mCRPC), according to phase II data presented at the 2018 ASCO Annual Meeting.

The double-blind trial evenly randomized 142 patients in a 1:1 ratio to 1000 mg/daily of oral abiraterone plus either placebo or olaparib tablets at 300 mg twice daily. Patients had prior docetaxel for mCRPC, ≤2 prior lines of chemotherapy, and no second-generation antihormonal agents.

There were some discrepancies in patient characteristics between the 2 study arms. Patients in the combination arm were slightly older, with a median age of 70 years (range, 65-75) compared with 67 years (range, 62-74) in the control arm. The olaparib cohort also had a higher median PSA concentration at 86 ug/L (IQR, 23-194) versus 47 ug/L (21-199), although the ranges were similar.

The characteristics were otherwise well matched between the combination and control arms. These included ECOG performance status (>95% of each group were 0 or 1), race (94% white in each), and prior cabazitaxel (14% in combination arm vs 13% in control arm).

The ORR was 27% with the combination compared with 32% with abiraterone alone. All responses in both arms were partial. The stable disease and progressive disease rates were 48% vs 21% and 21% vs 47% in the 2 arms, respectively.

The rate of grade ≥3 adverse events (AEs) was 54% versus 28% in the combination versus control arms, respectively. Of note, 15 patients in the olaparib/abiraterone arm had grade ≥3 anemia compared with no grade ≥3 anemia cases in the abiraterone monotherapy arm. Clarke explained that anemia is “a well described complication known to be manifest in olaparib-treated patients”

AEs led to dose interruption, reduction, and treatment discontinuation in 34%, 18%, and 30% of the olaparib/abiraterone arm, respectively. The corresponding rates were 13%, 0%, and 10%, respectively, in the control arm.

The rate of serious AEs was 34% versus 18% in the olaparib/abiraterone and abiraterone-alone arm, respectively. Serious cardiovascular AEs occurring with the combination included myocardial infarction (n = 4), fatal cardiac failure (n = 1), chronic cardiac failure (n = 1), and fatal ischemic stroke (n = 1). Thrombotic stroke was the 1 serious cardiovascular AE in the control arm. AE-related deaths occurred in 4 patients in the combination arm and 1 patient in the control arm.

Clarke said that based on the findings of this phase II trial, a phase III study is planned.