Lara A. Kujtan, MD, discusses the data that support the current utility of osimertinib in EGFR-mutant NSCLC and where else it is currently being explored. 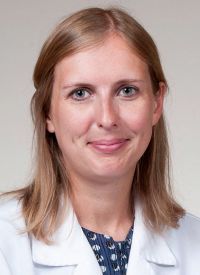 Osimertinib (Tagrisso) has demonstrated significant benefit in the frontline metastatic and adjuvant settings in patients with stage IV and stage IB-IIIA EGFR-mutant non–small cell lung cancer (NSCLC), respectively, explained Lara A. Kujtan, MD, but added that the ongoing phase 3 FLAURA2 (NCT04035486), LAURA (NCT03521154), and NeoADAURA (NCT04351555) trials could also position the third-generation inhibitor for use in the locally advanced and neoadjuvant settings.

In patients with newly diagnosed EGFR-mutant advanced NSCLC, osimertinib displayed an overall survival (OS) and progression-free survival advantage vs erlotinib (Tarceva) and gefitinib (Iressa), regardless of the presence of brain metastases, in the phase 3 FLAURA trial. Data from the study served as the basis for the agent’s approval in this setting in 2018.

In patients with stage IB to IIIA EGFR-mutant NSCLC, adjuvant osimertinib demonstrated a significant improvement in disease-free survival (DFS) vs placebo in the phase 3 ADAURA study; OS data are not yet mature. In 2020, the FDA approved the agent for use in this setting.

“Future research will be looking at osimertinib in other stages of disease, mainly stage IIIB and IIIC,” said Kujtan. “How does osimertinib fit in there, especially for patients who are [currently] getting immunotherapy after they’ve completed concurrent chemotherapy and radiation? We’re also looking at [osimertinib in] the neoadjuvant setting as well, and how osimertinib can benefit those patients.”

In FLAURA2, patients with newly diagnosed stage IIIB, IIIC and stage IVA and IVB EGFR-mutant NSCLC will be randomized to osimertinib alone or osimertinib plus pemetrexed and cisplatin or carboplatin.

In LAURA, patients with stage III unresectable EGFR-mutant NSCLC will be randomized to osimertinib alone or placebo following chemoradiation.

In an interview with OncLive® during a 2021 Institutional Perspectives in Cancer webinar on lung cancer, Kujtan, an assistant professor at the University of Missouri—Kansas City School of Medicine, discussed the data that support the current utility of osimertinib in EGFR-mutant NSCLC and where else it is currently being explored.

OncLive®:How did the findings of the FLAURA trial pave the road for osimertinib’s evaluation in the adjuvant setting?

We saw wonderful responses with improved median PFS and improved OS. There was also efficacy within the central nervous system [CNS], so [osimertinib] did help patients with CNS metastases as well, which really helps with quality of life [QOL].

What was the rationale to study osimertinib in the adjuvant setting?

For patients with the stage IB to IIIA NSCLC, which was the population studied in the ADAURA trial, even though the standard of care is surgery and chemotherapy, there’s still a pretty high recurrence rate. The rationale was to try and help these patients live longer and have a better QOL. The ADAURA trial evaluated osimertinib in the adjuvant setting in patients who had already undergone surgical resection for their lung cancer. A lot of them had also received adjuvant chemotherapy. Osimertinib was added after they’d received the chemotherapy or after the surgery if they did not receive chemotherapy.

Did osimertinib exceed the hazard ratio that the ADAURA trial was powered to detect?

The study was unblinded early, so there was an unplanned interim analysis. The study was unblinded [early] because of an impressive, medium DFS benefit, with a hazard ratio of 0.17 in patients with stage II/III disease. That was very impressive and very exciting. We’re still waiting to see the median OS data from the study. It’ll be interesting to see how that pans out, given that the study has now been unblinded. All the patients had been followed for a year at the time of unblinding.

Did all patients benefit from osimertinib?

According to the subgroup analysis, osimertinib showed benefit across all subgroups, including patients that received adjuvant chemotherapy or not and across all stages. There was more benefit for the stage II and IIIA patients, but the IB patients also did benefit. Osimertinib also demonstrated survival benefit regardless of sex and smoking status.

Were any new safety signals identified in ADAURA?

No, there were no new safety signals. Most of the AEs were things that had been seen in the FLAURA and AURA trials, such as pneumonitis and QTC prolongation.

What else would you emphasize to your colleagues who treat patients with lung cancer?

We have to test these patients. We’re not going to be able to talk to our patients about using these drugs if we haven’t tested [the tumor] for the biomarker in the first place. Making sure that we’re doing the molecular testing in all of these patients is really one of the biggest things to keep in mind.

Are you currently participating currently in any research efforts that you would like to highlight?

At our institution, we are starting a registry for our patients looking at molecular markers. We serve a mainly underserved population. It’s an inner-city population, and we have a lot of African American patients, the vast majority of which we don’t see a lot in these trials. The ADAURA trial consisted mainly of young, female Asian patients, which is where we see these molecular alterations the majority of the time. Looking at AEs of immunotherapy and these novel TKIs in patients that aren’t included in your typical clinical trial scenarios is something that we’re concentrating on here.