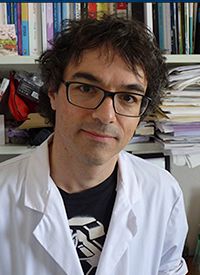 “The study findings confirm that genomic alterations are shared across tumor types and suggest that cancer should be classified by these alterations rather than by tissue of origin,” said Fabrice André, MD, PhD, a professor in the Department of Medical Oncology at the Institut Gustave Roussy in Villejuif, France, and chair of the European Society for Medical Oncology (ESMO) Translational Research and Personalized Medicine Working Group. At the same time, “sometimes giving a drug matched to the mutation does not benefit patients,” he said,2 calling for further effort to interpret the TCGA findings, which are compiled in the Pan-Cancer Atlas.

The study revealed the dominant role of cell-oforigin patterns, wherein tumors originate from a single aberrant cell. However, investigators found similarities across histologically or anatomically related cancer types. Co—lead author Katherine A. Hoadley, PhD, told OncologyLive® that melanoma, for example, looked molecularly similar whether it was a tumor in the skin or the eye. “We saw molecular patterns that spanned different tumor types, particularly tumors of squamous histology,” said Hoadley, who is an assistant professor in the Cancer Genetics Program at the University of North Carolina Lineberger Comprehensive Cancer Center. “It didn’t matter if the tumors came from lung, head and neck, cervix, [or] bladder [cancers]. If they had squamous histology, we found all those tumors showing similar molecular phenotype— similar mutations, copy number patterns, expression of genes and proteins.”

The follow-up study was designed to answer questions left unanswered by the earlier analysis: whether including more tumor types would uncover more cross-tissue commonalities, demonstrate convergence or divergence of molecular subtypes, or significantly increase the number of patients with cancer whose treatment might be improved by the integrative method of classifying tumor types across molecular subtypes used in the TCGA analysis.

Not only did tumors from different cancer types fall into multiple platform-specific groups, but also samples within cancer types were dispersed across groups. For example, gastrointestinal tumors were clustered in the mRNA, miRNA, and RPPA platforms but also represented by several distinct DNA methylation clusters. Squamous histology cancers were classified by the mRNA, miRNA, and RPPA data but also further divided by aneuploidy and DNA methylation data.

Within pan-gynecologic cancers, ovarian serous cystadenocarcinoma, uterine corpus endometrial carcinoma, and estrogen receptor (ER)—positive liver hepatocellular carcinoma shared similarities at the protein level, based on RPPA data. However, mRNA, miRNA, and DNA methylation data were grouped by organ sites. “Also of note, 13% of BRCA formed a subtype distinct from the majority of other BRCA, influenced by the mRNA and DNA methylation platforms,” the authors wrote.

Other clusters contained tumors from similar or related cells or tissues, such as pan-kidney, melanoma of the skin and eye, and central nervous system/endocrine. Six tumor types (bladder urothelial carcinoma, uterine carcinosarcoma, head and neck squamous cell carcinoma, esophageal carcinoma, stomach adenocarcinoma, and cholangiocarcinoma) had a more diverse iCluster membership. In those cancers, fewer than 50% of tumors were represented in a given iCluster.

For some cancers, these results confirmed similarities across tumor types; for others, the results confirmed separation. “Tumors that were from the same organ sometimes showed a very distinct expression profile. We’d shown previously that basal-like breast cancer looks different from nonbasal breast cancer,” Hoadley said. “Now we can look across all these tumor types and see patterns that are shared across different tumor types in different organs and [patterns] where there’s more divergence within the organ.”

Figure. How Clustering was Used to Link Molecular Alterations With Tumors

A Springboard for Analysis

Investigators have hailed the PanCancer Atlas as an advanced database that already has been broadly tapped and spawned multiple papers. Hoadley said that it supplements the existing tumor classification system and provides insight into additional similarities or differences that might be relevant when making treatment decisions. “We’ve created this catalog of events that are occurring in these different tumors, as well as relationships across tumors, of how they relate and how similar or dissimilar different tumors might be,” she said. “The organ the tumor comes from is one of the primary mechanisms that clinicians use for determining the clinical course and the clinical treatment. This [TCGA database] can add additional information.”Hoadley said that the data represent a jumping- off point—investigators have figured out some of the molecular alterations and which tumors share alterations. They can use that knowledge to analyze cell lines or model systems and, eventually, move into helping to identify sets of samples, sets of patients, or new targets that can be addressed with therapy options in the future. A drug or a treatment regimen that works for 1 tumor may work in a different type that has molecular similarities, but there are no guarantees.

“Tumors might have the same mutations, but if they don’t have the same molecular characteristics, maybe a drug won’t work as well,” Hoadley said. “[That is] something we’ve observed with BRAF inhibitors working in melanoma but not working as well in colon cancer. Understanding cell-of-origin and tissue effects is really important in how we understand the global molecular alterations in these tumors.”

Based on these results, ESMO issued a statement calling for large-scale clinical trials to establish which alterations can be targeted for treatment.2 André wants those alterations ranked by their medical relevance. “This will avoid confusion between actionable alterations and alterations that are not medically relevant and, therefore, won’t translate into a benefit for patients,” he said. “ESMO is currently devising a uniform ranking system [that] will help oncologists interpret data and explain the consequences to patients.”

Hoadley agreed, saying that the next step is to try to put this data into a more clinically relevant context. In the project’s next phase, investigators are analyzing samples collected from clinical trials to see if the information developed through TCGA can determine which patients will respond to different drug treatments, or if investigators can classify samples to predict which patients would have better outcomes with standard or novel therapy options.

“The work that we’re doing here could potentially help identify where the tumor came from, because there are clear molecular characteristics that define these different tumors,” Hoadley said. “That could help determine how to treat the tumors.” This year marks the culmination of more than a decade of effort by TCGA. Although the Pan-Cancer Atlas project has produced vital work, it is much more important that TCGA has made its data publicly available, according to Hoadley. “The main goal is for other people to use our data as a starting ground to launch their own research and look for their genes or pathways of interest within TCGA data,” she said. “The magnitude of people who have used this data and published on it is remarkable. We’re just scratching the surface.” 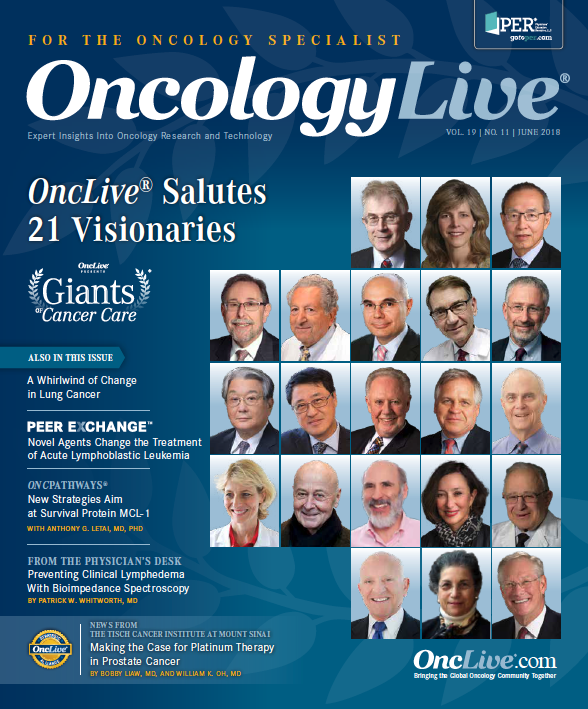