Pegram Sheds Light on Margetuximab in HER2+ Breast Cancer

The Fc-modified monoclonal antibody margetuximab in combination with chemotherapy may offer a new treatment option for patients with HER2-positive metastatic breast cancer.

The Fc-modified monoclonal antibody margetuximab in combination with chemotherapy may offer a new treatment option for patients with HER2-positive metastatic breast cancer.

SOPHIA is randomizing patients with HER2-positive metastatic breast cancer who had prior anti-HER2 targeted treatment to receive margetuximab or trastuzumab with the chemotherapy of physician’s choice.

In an interview with OncLive during the 2016 San Antonio Breast Cancer Symposium, Mark D. Pegram, MD, director of the Breast Cancer Oncology Program at Stanford Medicine, provided an overview of the SOPHIA trial and the continued need to advance treatment in HER2-positive breast cancer.Pegram: SOPHIA is a randomized phase III pivotal registration trial exploring a new Fc domain-engineered antibody called margetuximab. It binds to the same epitope as does trastuzumab. However, it has enhanced immune-effector function. In other words, the Fc domain of margetuximab is engineered so that it has higher binding affinity for activating Fc gamma receptors on human immune-effector cells and lower binding affinity to some of the decoy negative regulatory receptors on those same cells.

Therefore, it is more potent in eliciting antibody-dependent cell-mediated cytotoxicity (ADCC). Trastuzumab can do this, too, but margetuximab is like a super-humanized antibody that can do it even more efficiently. The antibody is actually chimeric, so it has a murine-antigen specificity domain, but the Fc domain is all human amino acid sequence.

It is a very exciting molecule; it can augment the immune access of HER2 antibodies. In this pivotal trial, it will go toe-to-toe against trastuzumab in the salvage setting after prior treatment with trastuzumab, pertuzumab (Perjeta), and trastuzumab emtansine (T-DM1). Patients in both arms of the study will receive chemotherapy of physician’s choice; there is a menu of options— capecitabine, gemcitabine, vinorelbine, and eribulin (Halaven)—and they’ll get that in combination either with trastuzumab in the control arm or in combination with margetuximab in the experimental arm.

Are there earlier findings with this drug that demonstrate the rationale for the phase III trial?

What is the unmet need for a trial such as this one?

The primary endpoints are progression-free survival and overall survival. Patients with brain metastases—if they are previously treated and stable—are allowed to enroll, so that is not an absolute exclusion criteria. It is a fairly liberal eligibility and exclusion criteria. It is an important study that will test the hypothesis of whether you can go 1 above and beat trastuzumab. Starting in the salvage setting—if that’s a positive trial—there will no doubt be a great interest to move up further in earlier lines.Absolutely. There was a phase I dose-escalation study of margetuximab presented at ASCO a couple of years ago. It was quite exciting because heavily pretreated HER2-positive solid tumors had responses even during dose escalation with a single agent. One of the patients had HER2-positive breast cancer with prior progression—even after T-DM1—and still had an objective clinical response to single-agent margetuximab. It is anecdotal evidence so far, but it’s pretty promising. That really bodes well for the outcome of the phase III trial.There is still a high unmet need in metastatic HER2-positive disease. Sadly, despite our best efforts and a plethora of very active agents—which have indeed improved overall survival significantly—they have not absolutely resulted in cures, except for the rare exceptional responders that we occasionally see.

However, it is too occasional so, in that regard, HER2-positive breast cancer is still a large lethal condition. We need better treatment. If we demonstrate success in the metastatic disease setting, there is nothing to stop up us from moving some of these new approaches into curable situations in the future. First, we have to prove that it is active and superior to trastuzumab. 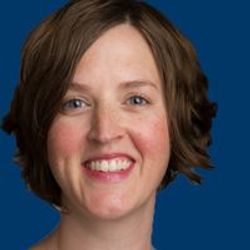