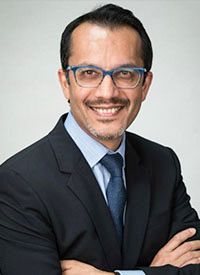 “This succeeded the target pCR rate of 15%, and thus, the study met its primary end point,” said Gulam Manji, MD, PhD, in a presentation. Manji is director of Pancreas Medical Oncology and Translational Research at the Pancreas Center at Columbia University Irving Medical Center at New York Presbyterian Hospital in New York, New York, where he is also an assistant professor within the Division of Hematology and Oncology.

Perioperative chemotherapy is the standard of care for localized gastric and GEJ adenocarcinoma, as established by data from clinical studies, such as the phase 2/3 FLOT4 trial (NCT01216644).2

Investigators hypothesized that combination chemotherapy plus pembrolizumab would improve pCR rates compared with the historical control with chemotherapy alone.

To be eligible for the study, patients needed to have resectable gastric or GEJ adenocarcinoma, defined as at leastT2 or N+ M0. Additional criteria were having an ECOG performance status of 0 or 1, being at least 18 years, and having no prior therapy for their diagnosis.

Capecitabine was given orally at 625 mg/m2 on day 1 through day 21, oxaliplatin was given intravenously (IV) at 130 mg/m2 every 3 weeks, and pembrolizumab was given 200 mg/m2 IV every 3 weeks. Epirubicin could be excluded at the investigator’s discretion, according to Manji; it was dosed at 50 mg/m2 IV every 3 weeks.1 Of note, 94% of patients in the trial did not receive epirubicin. Further, 82% of patients complete all 4 cycles of neoadjuvant treatment, 44% completed the 3 cycles of adjuvant therapy, 24% completed at least 17 cycles of maintenance therapy with pembrolizumab, and 15% are still receiving therapy.

Initially, 36 patients were enrolled to the trial; although, 1 patient declined treatment and 1 patient had omental disease identified on imaging after treatment initiation. Thirty-four patients were evaluable for efficacy prior with 28 patients (82%) undergoing curative surgical resection.

“This [means that this regimen] was well-tolerated in the neoadjuvant setting,” Manji said.

Of those who did not proceed to surgery, 1 patient declined surgery, 2 died prior to surgery, 1 underwent noncurative surgical resection, and 2 were found to have metastatic disease during laparoscopy.

Moreover, among the 31 patients who underwent central review, 23% were characterized to have diffuse type/mixed disease and 77% had intestinal disease. Additionally, 55% were classified as having moderately differentiated graded disease and 45% had poorly differentiated graded disease. Sixteen percent had a confirmed signet ring cell component. As for PD-L1 status, 59% of patients (n = 17/29) had a tumor proportion scores (TPSs) less than 1%, 28% had TPS 1% to 5%, and 14% had TPS greater than 5%.

The primary end point of pCR was defined as no invasive disease within an entirely submitted and evaluated gross lesion, and histologically negative nodes. Variances among pCR were classified as near-complete pathological response in which there was a single or rare small group of cancer cells; partial response, in which residual cancer with regression was present; or no or minimal/poor response in which no treatment effect was observed.

“Due to lower-than-expected accrual rate, the initial primary end point, which was DFS at 2 years, was switched to pCR…at which time 27 patients had initiated [treatment on the] study,” Manji said.

In addition to DFS, secondary end points were overall survival (OS) and safety. At a median follow-up of 24.6 months, the median OS was NR. Notably, 27 patients remain in follow-up.

“These results provide an optimistic outlook of the awaited results of a randomized phase 3 study testing triplet and doublet chemotherapy in combination with pembrolizumab,” Manji said.