Pembrolizumab Provides Long-Term Benefit in Melanoma, Regardless of BRAF+ Status or Prior Targeted Therapy

Pembrolizumab was found to prolong survival in patients with advanced melanoma, regardless of BRAF V600E/K mutation status or prior administration of a BRAF inhibitor with or without a MEK inhibitor.

Pembrolizumab (Keytruda) was found to prolong survival in patients with advanced melanoma, regardless of BRAF V600E/K mutation status or prior administration of a BRAF inhibitor with or without a MEK inhibitor, according to results from a 10-year, post-hoc pooled subgroup analysis recently published in The Journal of the American Medical Association Oncology.1

“Our findings confirmed the long-term, lasting benefits of pembrolizumab for patients with unresectable, advanced melanoma and show that the effect is seen regardless of BRAF mutation status—and regardless of earlier treatment with a BRAF-targeting therapy,” Igor Puzanov, MD, MSci, FACP, a professor of medicine and director of the Early Phase Clinical Trials Program in the Department of Medicine at Roswell Park Comprehensive Cancer Center, stated in a press release.2 “Coupled with what we know from separate studies about nivolumab (Opdivo), we see a clear picture of the benefits that immune checkpoint inhibitors have had for thousands of [patients] with advanced melanoma over the past decade.”

Baseline characteristics were comparable between the BRAF wild-type subgroup and the BRAF V600E/K–mutant subgroup but some key differences existed. For one, the majority of patients in the mutant subgroup received prior BRAF inhibitor with or without MEK inhibitor therapy. Moreover, more patients with wild-type disease were older than those with mutant disease; more of these patients had also previously received treatment with ipilimumab (Yervoy).

Differences existed with regard to baseline characteristics in those with mutant disease previously treated with a BRAF inhibitor with or without MEK inhibitor therapy versus those who were naïve. Specifically, more patients in the former subgroup had a higher ECOG performance status, PD-L1–negative tumors, M1c disease, stable brain metastases, elevated serum LDH levels, had received more prior lines of treatment, had received prior ipilimumab, had larger tumors, and had lower albumin levels, compared with the latter group.

A subgroup analysis by baseline characteristics revealed a lower ORR with pembrolizumab in patients who were treated with BRAF inhibitor with or without MEK inhibitor therapy versus those who were naïve. The most notable differences existed with regard to age 65 years and older, PD-L1–positive status, metastatic stage, and elevated LDH level.

Regarding safety, any-grade treatment-related adverse effects (TRAEs) were similar across all subgroups.

“The study reinforces the fact that immunotherapy can significantly extend the life of patients with melanoma and even lead to cures,” concluded Puzanov. “But importantly, we also still see a role for targeted therapies. Having both of these treatment options at our disposal has helped to drive incredible progress against a cancer type that was almost universally fatal a decade ago.” 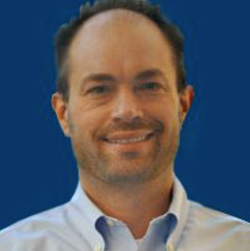 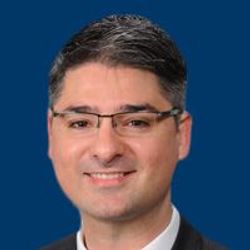