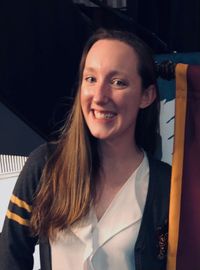 Debu Tripathy, MD, discusses some of the unanswered clinical questions that remain for patients with HER2-positive disease and some strategies for personalizing treatment in the neoadjuvant and adjuvant settings.

Treatment strategies for patients with HER2-positive breast cancer have moved away from a one-size-fits-all approach toward more personalized medicine. For example, clinical risk has led to the modification of therapies for firstline treatment of patients, deescalating therapy for those who are at a lower risk of recurrence and escalating therapy for those at higher risk. In later lines, as more HER2-targeted therapies enter the armamentarium, selection depends upon the site of metastases, adverse effect profile, and patient input when determining the best course of therapy.

“The goal of treatment for patients with early-stage breast cancer is to minimize their risk of recurrence,” said Debu Tripathy, MD, in an interview ahead of the 38th Annual Miami Breast Cancer Conference® (MBCC). “In the past few decades, we’ve learned that some therapies we use in the advanced setting might not be curative, but they can still elicit temporary responses that can actually lower the risk of subsequent recurrence. So we use options such as hormonal therapy and chemotherapy, and more recently for HER2-positive cancers, we’ve been using HER2-targeted therapies, mostly antibodies against HER2. And we’ve made a lot of advances in lowering the risk of recurrence and the risk of death for early-stage breast cancer. However, we still can’t perfectly predict who’s going to experience recurrence. Sometimes we use these therapies unnecessarily and they have adverse effects.”

Tripathy, professor and chair of the Department of Breast Medical Oncology, Division of Cancer Medicine at The University of Texas MD Anderson Cancer Center in Houston, discussed some of the unanswered clinical questions that remain for patients with HER2-positive disease. He also talked about strategies for personalizing HER2-targeted therapy for patients in the neoadjuvant and adjuvant settings.

OncLive: How are you tailoring treatments for patients with early-stage breast cancers?

Tripathy: We’ve been trying to personalize treatment more and this is important in HER2-positive breast cancers. The HER2 oncogene is really driving these cancers, and HER2 therapies have been very effective. These agents cut the risk of recurrence by almost half, but again, they have adverse effects such as cardiomyopathy, diarrhea, or skin problems. And of course they require extra visits [to the clinic]. So the goal is to identify those [patients who] may not need the same therapies that we have been using for several years,—finding those who are at a low risk of benefit so that we might be able to give them a lighter therapy, a process called deescalation. Similarly, we also want to identify patients who may have a higher chance of recurring and may need escalated, more intensive therapy.

[Investigators have conducted trials] to show us that low-risk HER2-positive cancers—either node-negative or [with nodes measuring] less than 2 or 3 cm—can be treated with paclitaxel given for approximately 3 months, as well as the antibody trastuzumab [Herceptin] given with paclitaxel and then continued for a full year together. This regimen has fewer adverse effects than [those that occur with] what we are used to using.

For cancers that are larger than that—node positive—what we’re finding is that when we give these patients the same treatment, but a little more escalated, we now have to use 2 chemotherapies and 2 antibodies, specifically, docetaxcel, carboplatin, and then trastuzumab and pertuzumab [Perjeta], another antibody.

[Using these strategies] we can actually shrink the cancers before surgery and approximately half of patients will not have any invasive cancer left at the time of surgery. And those patients have a very good outcome. They still have a risk of recurrence, but it’s pretty low, under 10% or sometimes under 5%, depending on the circumstances and those patients.

[Following surgery] we typically continue with antibody therapy, but for patients who still have residual cancer and are at a higher risk of recurrence, [recent trial data have shown that] if you use the antibody-drug conjugate T-DM1 [ado-trastuzumab emtansine; Kadcyla], those patients have half as many recurrences. This allows us to personalize therapy in an escalated manner. We escalate to T-DM1, but only in the patients who do not have a complete pathological response at surgery.

This is one way we are personalizing treatments, focusing the more intensive treatments on the patients who need them. We’re learning about genomics and genetics, and, as time goes on, we will be able to personalize even further. And this is the gist of what we are going to be covering [at MBCC], all of these algorithms that we’re using for personalizing therapy which have evolved over the years and some of them just in the last year or so.

What are some of the unanswered clinical questions for treatment strategies in the third line and beyond?

For patients with recurrent metastatic breast cancer, as with most advanced types of cancers, they are not curable, but they can be treated and can enter remission. Some patients can respond for a very long time and there are some patients who have been treated ever since trastuzumab was approved, which was approximately 22 years ago, who are still in remission. The HER2-targeted therapies have really improved the outcomes of patients with metastatic breast cancer over the years.

However, unfortunately, most patients do at some point progress and develop resistance. There have been many, many new drugs that have been approved—3 in the past year, even—that can, in some cases, bring about longer responses.

The general approach for treating HER2-positive breast cancer is to start with chemotherapy plus the 2 antibodies that I mentioned, trastuzumab and pertuzumab. Next, we use the anti-body-drug conjugate T-DM1 when patients progress. After that, this is where we have several new therapies that have recently been approved, including kinase inhibitors—oral drugs that block the enzymatic activity of the HER2 receptor and the signaling that drives cell growth.

[Last year we had] the approval of the HER2 kinase inhibitor tucatinib [Tukysa], which is given in combination with another oral chemotherapy called capecitabine and trastuzumab. That is a regimen that improves survival compared with some of the other drugs we used to use and is also active in patients who have brain metastases. We tend to see brain metastases more often in patients with HER2-positive breast cancer in part because they are living longer and there’s more time for these metastases to develop. And because the brain is sort of a protected site, many drugs do not permeate the blood-brain barrier.

For these patients who respond to treatment, we sometimes use stereo-tactic or other forms of radiation. Some drugs do penetrate the blood-brain barrier, including tucatinib. [HER2CLIMB (NCT02614794)], which led to the agent’s approval, included patients with brain metastases who showed a response in the brain when treated with tucatinib. This tells us that some of our newer therapies can treat both sides—the tumors outside the brain, including [those in] the liver, as well as in the brain. That’s an important advance.

The other drug that received accelerated approval is fam-trastuzumab deruxtecan-nxki [Enhertu]. This is an antibody-drug conjugate that elicited remarkable responses. We [have only seen data from] the phase 2 trial and there is no comparison, but [they were] compelling enough for the FDA to approve [the drug] based on the 60 patients who responded. These patients had an average of 6 prior regimens already and so this drug was a big success. The agent does have some adverse effects, though, and some patients developed pneumonitis, which can be fatal in up to 2.5% of patients.

It’s a drug that we have to use care-fully and monitor. There have been other drugs approved, too, [including] a new antibody, margetuximab-cmkb [Margenza], which is engineered to engage the immune system more. That is an interesting feature of HER2 anti-bodies; not only do they work directly against the HER2 receptor to decrease growth signaling, but they also can activate the immune system to a certain extent. And margetuximab is engineered to do that.

Finally, another kinase inhibitor, neratinib [Nerlynx], which was already approved in early-stage breast cancer, is now approved in the metastatic setting in combination with capecitabine.

When you are weighing these options, what are some of the clinical features you take into consideration when choosing between the therapies?

It’s very common for us to be at a point where you have one of several options and there’s no perfect way to [choose between them]. Generally, the opinion that is out there is that we still use the first-line therapy that we’ve been using for a few years now. We use this regimen in patients with de novo cancer—these patients account for approximately 20% to 30% of all patients—and for patients who have recurred after receiving treatment for early-stage breast cancer if it has been more than a year since their treatment. After that, we tend to use T-DM1 most of the time.

It is after T-DM1 where we have a lot of options. Because of the very high response rates that I mentioned for trastuzumab deruxtecan, even though that drug has that adverse effect of lung inflammation, I use that in patients who have a very aggressive, high burden of cancer. Particularly when the organs are involved, such as the lung, and the liver in particular, I might use that drug. But for other patients, particularly for those with brain metastases, I mentioned the regimen with tucatinib. I tend to use tucatinib as a load in and then trastuzumab; that’s what I use in the third line. If a patient progresses on the regimen I used, then I’ll move on to the other one that I haven’t used.

After that, I use drugs such as neratinib in combination with capecitabine, or margetuximab. It really comes down to what drugs the patient has had before. We try to use a drug that the patient has not received. [We look at] how the patient responded to other drugs, what kind of adverse effects they are having. The adverse effect profiles of these drugs are different and that factors into treatment choices. [We also consider] the schedule of the drugs sometimes [including] how many times the patient has to come into the clinic. For some patients that is one the biggest limitations that they may have.

It’s important for patients to know the options and have these discussed. The other thing is that patients know there are other options later in case they progress. It’s really important for a patient to know the pathways and the different options they have ahead of time, to be a part of these decisions, and to understand why a certain route is being chosen over another. [We want them] to engage in what we call shared decision-making, and then we gauge how the patient feels about the options. 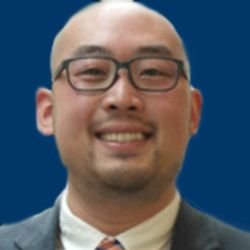 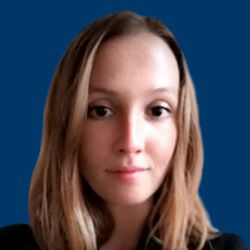