One of the main methods to address this disparity of cancer care is using community health workers and navigators to do the grassroots outreach.

In Ohio's Appalachian area, a handful of counties have no mammogram facilities.1 Several have no hospitals. Some community health centers are ably staffed by midlevel health care professionals but have no physicians, said Electra Paskett, PhD, director of Ohio State University Comprehensive Cancer Center–James in Columbus. Not all of Ohio’s 50 rural counties have access to ride-sharing services or public transportation, and money can be lacking for gas, she said. Some patients in rural counties needing comprehensive cancer care must travel to Cleveland, Columbus, Ohio, West Virginia, or Kentucky.

Cancer mortality rates in Ohio’s poorest counties were 19% higher than in its most affluent counties in the time from studied, 2011 to 2015.2 The low-income counties had higher rates of smoking, obesity, and physical inactivity, and lower percentages of private health insurance. Residents of the poorer counties were more likely to be diagnosed at a later stage of cancer compared with residents in higher-income counties.

One of the main methods to address this disparity of cancer care, said Paskett, is using community health workers and navigators to do the grassroots outreach. With grant funding from the Susan G. Komen Foundation, James Cancer Hospital hired community-based health workers to educate women about mammograms. Once a woman understands why mammograms are needed, the community health worker links them to patient navigators to determine how it will be funded, to get it scheduled, and to ensure the women are supported with transportation and translators if needed. Navigators follow patients through imaging, diagnosis, and any treatment.

“It’s the navigator’s job to identify barriers to care and to help resolve them so the woman can be adherent to treatment recommendations,” Paskett said.

Navigator use has resulted in reduced care delays and increased percentages of women starting treatment in the first 30 days after an abnormal finding or diagnosis. They demonstrated a return on investment between 2.1 to 2.6, Paskett said.

One positive impact of this program’s outreach has been an increase in participation in OSU Comprehensive Cancer Center trials.3

The word “trust” comes up a lot when developing programs to combat disparities of cancer care. Women served by Ohio’s community health workers and navigator programs get breast screening because they trust those advising them.

Alan Lyss, MD, learned the value of trust during his 28 years working with the rural Ste Geneviève, Missouri, community. Though he retired this spring, the breast cancer specialist began working at Missouri Baptist Medical Center (MBMC) in St Louis in 1992. When he was hired, all oncologists were expected to provide medical services one day a week to a rural community within a 1.5-hour drive. He developed great relationships working with Ste Geneviève’s clinicians and patients; the town’s population was approximately 4400. The patients are statistically older, with a higher likelihood of being uninsured, underinsured, or insured by Medicaid, he said. Additionally, the geographic challenges became more of a problem as cancer care increased in complexity in recent years, he said.

One of MBMC’s goals was to build that trust so patients needing complex care would be referred to MBMC. But the model had other advantages. Lyss and his colleagues helped develop a clinical trial program there. The rural staff “derive a lot of pride from bringing tomorrow’s treatment to their community members today,” Lyss said, explaining that the clinicians recruit more patients into the trials because the patients trust them, given the bonds that develop in tight-knit communities. The trials benefit from including more diverse populations.

Each year, Lyss took cancer specialists to Ste Geneviève to educate the local internists, nurses, care extenders, and area oncologists about cancer care and conducting clinical research. They toured the local labs and radiation facilities and invited the staff to St. Louis for tours and clinical sessions.

In addition to weekly clinical appointments in Ste Geneviève, he had daily phone contact with its clinicians. Video and phone chats are one way to train clinicians, but “cancer care is person-to- person activity. I honestly believe you can’t do all of this remotely,” Lyss said. By establishing a personal relationship with the rural clinicians first, it’s easier to take priority phone calls because you know the person on the other end. These personal connections with clinicians and patients build trust, so patients will be more willing to drive longer distances for recommended tests and treatment if necessary.

Petereit and his colleagues implemented a grassroots community health representative and navigator program for outreach and education and to identify and address barriers to care. “The big issue was establishing trust,” he said, explaining that the Native Americans initially did not trust a white radiation oncologist coming into their community. Historically, the tribes don’t trust the Western medical community because of past unethical clinical research.4 “It took 18 months to get the program off the ground, even for patient navigation,” he said. That involved multiple discussions with the tribal council and the tribe’s health council.

The Native American population has high rates of risky or unhealthy behaviors, including alcohol use, lack of exercise, lack of screening, and distrust of Western medicine, Petereit said. Life expectancy on Pine Ridge Reservation is 48 for men and 52 for women, he said. High poverty rates (almost 54% live below poverty level)5, food insecurity, and comorbidities like diabetes and obesity are issues. Many homes on Pine Ridge and other reservations have no electricity or running water.6 In spite of 5.2 million Native Americans living in the United States, the first oncology practice on a Native American reservation opened in January 2019, in Tuba City, Arizona.7

Clinical Trials As a Care Option

Breast surgeon Gary Unzeitig, MD, is 1 of 3 medical oncologists in the border town of Laredo, Texas, 180 miles south of San Antonio. With almost 300,000 residents, Laredo is isolated and serves the population in an 80-mile radius, he said. Unzeitig moved to his wife’s hometown after they completed medical school. (She is an allergist, and they share an office.) Although he runs his own practice, Unzeitig works closely with the Gateway Community Health Center, which serves a population that is 95% Hispanic and mostly poor. The clinic is self- and grant-funded, providing care for people who are low income or underinsured.

With state or federally funding, the breast and cervical cancer screening programs fully cover a consultation fee and biopsy if the screening is positive, and those with Social Security numbers do not have difficulty qualifying for Medicaid with a cancer diagnosis. Patients who are in the United States illegally but have paid US income tax and lived here for a certain time are usually covered by the county, he said.

“Hospitals and clinics put a lot of effort into community awareness of screening programs,” Unzeitig said. The majority of his patients with breast cancer, 60% to 70%, he estimated, are diagnosed at stage ll, with a palpable mass, not diagnosed from screening.

Because Laredo has no breast MRI imaging and no reconstructive plastic surgeons, Unzeitig will operate on patients who have insurance in San Antonio once a month. Otherwise, he can perform implant reconstruction in Laredo, if necessary.

He has offered clinical trials for almost 20 years, with a high enrollment rate. He’s enrolled more than 1200 patients in clinical trials, with 130 patients with breast cancer currently enrolled.8

Lyss said that for trials to be more accommodating to rural populations, patient participation requirements must be reduced. That means including older participants, those with comorbidities and prior cancers, and those with problems due to risky health behaviors. “The move to make the eligibility requirements less restrictive is especially important for underserved populations,” Lyss said. Advocating for Medicaid to cover routine care during clinical trials is another inclusive measure. Academic and urban practices running trials can partner with less-represented communities, offering access to psychosocial resources and financial navigators, in addition to clinical trial infrastructure.

“The rural staff benefited from knowing they’re moving the field forward,” Lyss said. “The opportunity to participate in clinical research meant they could bring the very best care to their patients.” 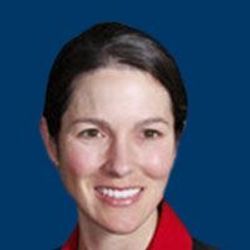 Finding the Golden Ticket in Cholangiocarcinoma: Entering the Era of Precision Medicine 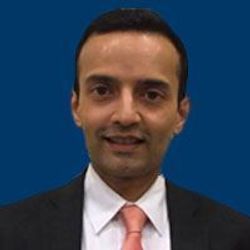 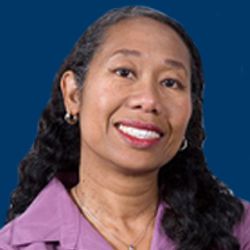