The CD19-targeted CAR T-cell therapy rapcabtagene autoleucel was found to be well tolerated and to yield durable responses in patients with relapsed/refractory diffuse large B-cell lymphoma who had undergone 2 or more prior lines of therapy. 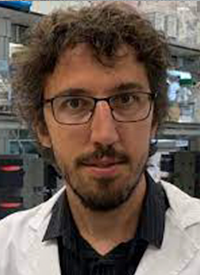 The CD19-targeted CAR T-cell therapy rapcabtagene autoleucel (YTB323) was found to be well tolerated and to yield durable responses in patients with relapsed/refractory diffuse large B-cell lymphoma (DLBCL) who had undergone 2 or more prior lines of therapy, according to updated data from a phase 1 trial (NCT03960840) presented at the 2022 ASH Annual Meeting.

“Despite novel treatment options, a substantial portion of patients with [this disease] do not achieve sustained remission or do not have timely access to these therapies,” said lead study author Pere Barba, MD, PhD, member of the Hematology Department at Hospital Universitario Vall d’Hebron and the Vall d’Hebron Institute of Oncology in Barcelona, Spain. “There remains an unmet need to further improve response rates, durability of response, safety, and accessibility to patients.”

Barba also reported on findings regarding cell kinetics during the presentation. “At a 25-fold lower dose, rapcabtagene autoleucel expansion at dose level 2, measured by qPCR [quantitative polymerase chain reaction], was at the higher end of tisagenlecleucel expansion in lymphoma,” said Barba. “We did not observe an increase in expansion or persistence at dose level 3 or dose level 4 compared with dose level 2.”

In total, 47 patients with DLBCL received rapcabtagene autoleucel. The median age of the examined population was 65 years (range, 35-79) and a slim majority of patients had an International Prognostic Index (IPI) score smaller than 3 (n = 25; 53.2%) rather than 3 or larger (42.6%). Most patients (72.3%) had 2 prior lines of therapy, and most were either refractory to their last line of therapy (34.0%) or primary refractory (21.3%). More than 68% of patients required bridging therapy.

All patients experienced at least 1 adverse effect (AE), and the vast majority experienced an AE of grade 3 or higher (93% of those receiving dose level 2, 100% of those receiving any other dose levels). Two patients experienced dose-limiting toxicities, comprising grade 4 cytokine release syndrome (CRS) in one and grade 4 pancytopenia lasting more than 28 days post-infusion in the other. Most other instances of CRS were grade 1/2, and this toxicity affected 25% to 37% of patients across the 4 dosage groups. There was a single case each of grade 3 and grade 4 CRS. “Notably, the time to onset of CRS was 8 days, which is somewhat later than what has been described with other similar therapies in lymphoma,” said Barba. There were 14 deaths in the cohort but none were related to the agent.

There were also 5 total instances of immune effector cell–associated neurotoxicity syndrome (ICANS), 2 of which were grade 3/4 among patients receiving dose level 2. “Again, the median time of onset (of ICANS events) was on day 16 after infusion, longer than has been described with other CAR T-cell therapies,” said Barba.

When asked, Barba indicated that toxicities from bridging therapy and other factors affected vein-to-vein time in this study. “A dose-escalation trial [such as ours] is probably not the best design to assess vein-to-vein time,” he said. “This will be [examined] in the expansion cohort…and will certainly be an end point for the next studies of YTB323.”

Based on the safety and efficacy data obtained, the investigators recommended the level 2 dose for further investigation in later-phase studies.