Although the research that emerged from the discovery of the HeLa cell line has helped to prevent 4.5 billion global infections and 10.3 million global deaths, the unethical and controversial nature of their discovery has raised issues with regard to privacy and consent in underrepresented patient populations. 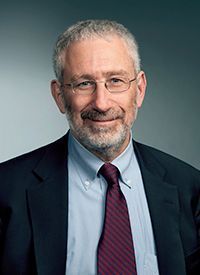 The discovery of the immortal, ever-replicating HeLa cell line in 1952 has led to several breakthroughs in biomedical research for countless diseases including cancer, AIDs, and polio.1 Although the research that emerged from the discovery of the HeLa cell line has helped to prevent 4.5 billion global infections and 10.3 million global deaths,2 the unethical and controversial nature of their discovery has raised issues with regard to privacy and consent in underrepresented patient populations and fostered a lack of trust in the medical community, according to Maurie Markman, MD.

When Henrietta Lacks, a 31-year-old African American woman with advanced cervical cancer began to receive treatment for her disease at John Hopkins Hospital in 1951—1 of the only hospitals at the time that was willing to provide treatment to African American patients—a tissue biopsy was taken from her tumor.3 While most cancer cell samples tended to divide a few times and die before any notable research could be conducted, investigators found that Lacks' cells continued to divide indefinitely, provided they were given the right amount of nutrients.

This cell line, dubbed the HeLa cell line after Lacks' name, has since become one of the most widely used human cell lines in biologic research over the past half century, with the cell lines having been used in over 100,000 scientific publications on PubMed alone.3,4 There is, however, one pressing issue with the discovery that has negatively impacted the relationship between the medical community and with patients of color: Lacks’ cervical cancer cells were collected without her or her family’s consent.

“There has been little question that minority patient populations and underserved populations have been particularly at risk for gross deficiencies in privacy,” Markman, physician and president of Medicine and Science at Cancer Treatment Centers of America, and the editor-in-chief of OncologyLive, said in an interview with OncLive. “I want to emphasize that the specific [case of] Henrietta Lacks, who was a [woman of color], was simply just 1 very important example involving a single individual.”

In honor of Black History Month, Markman looks back on the progress that has been made through the HeLa cell line, incidents that have contributed to a lack of trust in the medical community, and efforts that need to be made to ensure that the rights of underserved patient populations are maintained in clinical cancer trials.

Although the collection of Lacks’ cells is a subject that continues to be surrounded by controversy to this day, it’s difficult to deny the progress that has been made in medical research as a byproduct of this discovery, in the field of cancer and beyond.

One of the older innovations to emerge from the discovery were methods for testing for cancerous cells that proved to be so reliable, they continue to be used by investigators in the modern age.5 Two methods of quick and simple plating of single HeLa cells that results in the growth and formation of colonies from individual cells were detailed in a paper that was published in 1956. The first method utilizes irradiated, non-multiplying feeder cells to condition the medium, while the second method utilizes a similar, but gentler, strategy that involves plating bacteria on semisolid nutrient media.

“The 2 cell types possess volumes, nuclear cross-sections, plating efficiencies, and generation times which are identical within experimental error, but display widely different cross-sectional areas, suggesting that the basic change occurs in the cell surface,” wrote the authors of the study. “It is conceivable that this change may be related to that which enables the cells of a compact tumor to become invasive.”

Based on these findings, investigators concluded that these methods would be useful for examining mammalian cell growth, physiology, genetics, and biochemistry in addition to examining how cells respond to drugs, viruses, and high-energy radiation.

Nearly a decade later, in 1964, HeLa cells were once again utilized to study the efficacy of hydroxyurea (Hydrea) as a potential treatment for patients with blood cancers and sickle cell anemia.6 The agent was not only found to slow the growth of cancerous cells, but also to prevent the misshaping of red blood cells that is often observed in sickle cell anemia. Hydroxyurea continues to be used in patients with certain hematologic malignancies to this day, such as those with high-risk polycythemia vera.

Moreover, HeLa cells helped scientists to identify the human papillomavirus (HPV) as the cause of certain types of cervical cancer.7 Through this research, investigators were able to develop one of the first anticancer vaccines. Notably, Harald zur Hausen, MD, received half of the 2008 Nobel Prize in Physiology or Medicine for this discovery.

“These cells have had an enormous impact on cancer research over the past number of decades,” Markman noted.

Mistrust in the Medical Community

Although the case of Henrietta Lacks has been cited as an incident that sparked mistrust in the medical community due to issues of privacy and consent, the mistreatment of underserved patient populations goes back even further in medical history.

In 1932, the Public Health Service paired up with the Tuskegee Institute to launch what was then referred to as the "Tuskegee Study of Untreated Syphilis in the Negro Male."8 The aim of the research was to document the natural history of syphilis with the goal of launching treatment programs for black patients. In total, 600 black men were involved in the incident, 201 of whom did not have syphilis.

Although the men in question had agreed to be examined and receive treatment, there was no evidence that those involved in the research had provided the patients with the proper information required for them to give informed consent. The men were never properly treated for their disease, even when penicillin became widely available for the treatment of syphilis in 1947.

“They were not appropriately treated.” Markman emphasized. “I certainly won’t call [those involved] researchers; it’s hard to think of an appropriate term for the individuals who thought it was [acceptable] to continue this research when an effective therapy was available. It was wrong.”

The project, which was originally slated to last 6 months but ran for 40 years, was ultimately deemed ethically unjustified by an advisory panel and led to the closure of the project. To avoid more incidents like this one, numerous institutions and government officials are working to ensure that diverse populations are protected when enrolling on clinical cancer trials.

“This kind of history and knowledge among the African American community and people of color, stories that they have heard of [with] either these very large or extraordinarily grotesque [incidents], their own experiences with the medical establishment, or stories they have heard about family members has led to tremendous distrust,” Markman said.

He continued, “It’s understandable but unfortunate because so many advances have been made [over the years] so many opportunities are available to benefit patients through research [efforts]. This history has only made matters much more difficult when the situation, in my opinion, is very different today. …The oversight of research is very impressive, at an institutional level, an ethical training level, and at a state and national level. Penalties are appropriately harsh.”

Change to ensure the protection of patients of color has emerged on both an institutional level and a national level. On January 5, 2021, US Senators Chris Van Hollen and Ben Cardin, as well as Congressman Kweisi Mfume, lauded the signing of the Henrietta Lacks Cancer Research Act into law to not only honor the legacy Lacks left behind, but to better examine the access underrepresented patient populations have to government-funded cancer clinical research.9,10 The new law seeks to decrease barriers to clinical trial participation and increase the involvement of different underrepresented populations.

“The debt of gratitude we owe Henrietta Lacks will never be fully repaid. But we can work to ensure that Americans know of her contributions to medical research and of the countless lives her cells saved, while also fighting to root out the disparities communities of color face in our health system,” Senator Van Hollen said in a press release. “This bill, named in her honor, aims to do just that. Alongside my dear friend, the late Congressman Elijah Cummings, I was proud to introduce this legislation to help ensure that all Americans are represented in cancer research and ultimately receive equitable treatment options. Following the path Elijah laid—and in the memory of Henrietta Lacks—I will continue fighting to bring the health care Americans deserve to every individual and every community.”

Additionally, the Government Accountability Office is set to compile a report on the barriers that currently hinder clinical trial participation in federally-funded cancer research with a focus on minority patients who are typically less represented in clinical trials.

“A lot has changed since the since the time of Henrietta Lacks to give assurances that there is protection,” Markman explained. “That being said, this history has had an enormous negative impact on trust, and we see that with the COVID-19 vaccine situation. There is such a lack of trust within minority population and populations of color based on this history. It’s very sad but true, and it needs to be overcome.”