Peter Dottino, MD, FACOG, discusses the need for more accurate early screening tests for ovarian cancer, why testing for early-stage endometrial cancer is also important, the process used to develop the screening test, and how it could be implemented into practice if it is approved by the FDA. 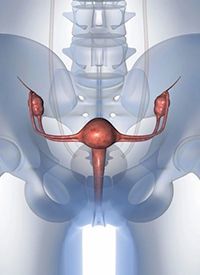 Early detection is vital for optimal outcomes for patients with ovarian cancer; however, early screening presents a challenge. Peter Dottino, MD, FACOG, and colleagues, have worked over the past 15 years to develop a screening test that could detect ovarian cancer at an early stage. The test, which is also designed to detect early-stage endometrial cancer, has currently been evaluated in approximately 700 women, according to Dottino.

“Looking at the other screening tests that are currently available, we far exceed what they have. [Other screening tests] are very good at detecting late cancer, but not early cancer. Those are the data that I’m going to emphasize,” Dottino said in an interview with OncLive® during an Institutional Perspectives in Cancer (IPC) webinar on gynecologic cancers.

In the interview, Dottino, discussed the need for more accurate early screening tests for ovarian cancer, why testing for early-stage endometrial cancer is also important, the process used to develop the screening test, and how it could be implemented into practice if it is approved by the FDA. Dottino is a professor of obstetrics, gynecology, and reproductive sciences and a member of the Gynecologic Oncology Program at Smilow Cancer Hospital, Yale School of Medicine in New Haven, Connecticut.

OncLive®: Could you expand on the importance of screening for early-stage ovarian and endometrial cancer?

Dottino: For most patients with advanced ovarian cancer, it’s not a curable disease. Most patients will suffer through multiple radical operations and extensive chemotherapy. With today’s technology and chemotherapy drugs, some patients may have their lives extended for 5 to 7 years. However, patients will ultimately succumb to drug resistance.

If ovarian cancer is caught in [stage I], it is 92% to 95% curable. My efforts in the laboratory and where I’ve worked for the past 15 years have [involved] developing an early detection method for ovarian cancer for those reasons. Originally, we were a laboratory that looked at diagnostics for predicting who would fail ovarian cancer treatment. However, as we looked at it, we felt that our biggest contribution could be in developing an early detection method. We believe that we’ve found that now.

I presented data on 700 women that we have done the screening test on for ovarian and endometrial cancer, showing how we got [to this point] over time, the hurdles that we faced, and where we are today with that test.

The other reason why we included endometrial cancer is because right now, the 3 most common cancers that affect women are breast, lung, and colon. Over the next 3 to 4 years, it’s estimated that colon cancer will fall to the bottom of the list because of screenings with colonoscopies. What will take its place as the third most common cancer to affect women will be endometrial cancer.

Endometrial cancer is the one gynecologic cancer that [has rates] increasing year over year. It also has no screening test that detects it early. Our focus was to develop a test, which is a single in-office blood test that takes 15 seconds to do, and patients will be able to be screened for both endometrial cancer and ovarian cancer.

What led to the development of an early detection method for ovarian and endometrial cancers?

We began our investigation about 15 years ago, and we asked ourselves questions [about] how we should best [approach] this and what methods we should look at. Since our other work in ovarian cancer was on genes and multiscale genomics, we began to look to see if we could find genes circulating in the bloodstream. We looked, but it was difficult to do. It was confounding because you are looking for small fragments of DNA in a massive sea that contains many other proteins and blood cells. We were not successful in that.

We then decided to look in what’s called a uterine lavage. Because the fallopian tubes are connected to the endometrium, and we know most ovarian cancers develop from lesions in the fallopian tubes, those cells fall into the uterus. If we put water in the uterus for a lavage, we predicted that we would be able to find cells that would enable us to predict a developing cancer.

We had to pivot away from DNA because on the lavage samples we were finding cancer driver mutations in about 54% of women [given a uterine lavage]. There were so many mutations, and it was unknown why there were so many cancer-driving mutations in a patient that had no cancer. It was discovered in other studies that a lot of people walk around with driver mutations but never develop cancer, for reasons that are not yet clear. Our problem then was how to sort out the lavage fluid with all these driver mutations [to determine] which ones are significant. After a lot of investigations, we abandoned it because it seemed to be too complicated.

We pivoted to the use of 2 new technologies involving proteomics. One is looking for autoantibodies in the uterine lavage fluid and in a person’s blood and looking for exosomes. Exosomes are extracellular packets that contain fragments of normal DNA, cancerous DNA, RNA, and various proteins.

We developed technology to utilize the 2 different technologies. That allowed us to detect early ovarian cancer in stage I with a 92% to 93% sensitivity and specificity.

Again, this is an office-based test that takes about 15 seconds. The way we envision it, a woman comes in for her yearly Pap test, her screening for cervical cancer, and [then can receive] our test. We put about 10 cc of normal saline inside the uterus, take that out, and we send it for the analysis. When a woman leaves, she’s been screened for the 3 cancers that could kill her: cervical, ovarian, and endometrial cancer.

Are there any challenges that you anticipate seeing for implementation of this testing method in a real-world setting?

We’ve done the test now on 700 women, and our goal [before going] to the FDA for approval is about 2000 women, so we continue to collect specimens. One of the biggest challenges that we’ve had is that we sometimes get pushback from clinicians as to why you would want to screen for endometrial cancer, as most women with endometrial cancer have bleeding. Patients [with bleeding] tend to see doctors early, and 75% of those women will be detected early on.

However, if we can detect it even earlier with our test in the precancerous state, we can potentially reverse those changes with hormonal therapy using progesterone in 75% to 80% of women. Therefore, we can avoid a hysterectomy for all these women that are going to get it. [The number of cases of endometrial cancer is] increasing every year. That’s a lot of hysterectomies to avoid, and a hysterectomy is not a benign procedure. It comes with its own profile in terms of complications from surgery, missing work, and being away from your family.

There are many reasons that we want to screen for endometrial cancer. The biggest pushback and the challenges we face are from clinicians. Ultimately, they [should] come around because this will be a woman-led [initiative], and women will want to be screened.

What is your main takeaway for colleagues on the importance of early cancer screenings?

Ovarian cancer and endometrial cancer screening is on the horizon. It is just a matter of [time before] we will see quality screening tests with high sensitivity and specificity available to women. It will be something that will be easily covered by their health insurance.

What other research would you like to highlight at your institution?

We know that about 10% to 15% of patients, even with advanced ovarian cancer, will fall into a category that we call ‘1 and done’. They’ll have 1 radical surgery, 1 course of chemotherapy, and they don’t die [due to ovarian cancer]. We have been doing multiscale genomics on those patients that we’ve [separated] out from our datasets to try to find out what it is in those patients that enables them to have only 1 operation, 1 course of chemotherapy, and live on.

We developed a test so upon the diagnoses, we can tell patients which category they are destined to fit into. If you’re destined to fit into ‘1 and done’, that’s a very different psychological mindset. However, if you fit into the category where we can predict that you’re going to be resistant to surgery and resistant to chemotherapy, those are patients we would like to target. Rather than give patients conventional therapy, [we want to] put them right into clinical trials, as they would succumb on conventional treatment. Finally, for that middle group, we want to learn from the earlier group that will allow us to treat patients better and more efficiently.

The biggest hurdle for genomic studies in ovarian cancer is that ovarian cancer is 1 of the most heterogeneous tumors. For example, if you looked at a patient with leukemia, and they had 10 million leukemic cells, they’re all genetically identical. This is a homogeneous population of cells.

Ovarian cancer is made up of multiple clones, and they’re all different genetically. With chemotherapy, you can kill 40% of the sensitive cells, but [treatment won’t] touch the [remaining cancer cells], and that’s why the disease keeps coming back and patients ultimately succumb. Trying to understand the heterogeneity of the tumor, which is a huge challenge, [is important]. However, it is slow. The reason it is slow is because ovarian cancer is still a relatively uncommon cancer. Through gracious patients and their families, we are able to get this material that allows us to do the research that we need to do [to improve outcomes].