Amid a rising incidence of thyroid cancer, endocrine surgeons have increasingly explored minimally invasive approaches for operating on patients with the disease.

Amid a rising incidence of thyroid cancer, endocrine surgeons have increasingly explored minimally invasive approaches for operating on patients with the disease. At Tulane Cancer Center, we are pioneering the use of transaxillary robotic-assisted thyroid and parathyroid surgery to deliver optimal outcomes to appropriately selected patients without the visibly disfiguring scarring that results from conventional techniques.

There is no doubt that new strategies are needed. Thyroid cancer is now the fastest- growing major cancer in the United States; the incidence of the disease rose by 209% from 2001 to 2013.1,2 Currently, thyroid cancer is the most common tumor type among women younger than 35 years. In 2014, almost 63,000 new cases of thyroid cancer and 1900 related deaths were reported in the United States, and the incidence is expected to rise to nearly 90,000 cases in 2019.1,2

Historically, the first acceptable surgical techniques for thyroid cancer were developed in the late 19th century by the German surgeon Theodor Billroth and his onetime protégé Theodor Kocher, who won a Nobel Prize in 1909 for his work on the thyroid gland.3 Since then, mortality from thyroid operations has become extremely rare.

However, the current gold standard for thyroidectomy, the conventional cervical approach, results in visible scarring that is upsetting to many patients. During the past 20 years, the focus in surgical management of thyroid cancer has shifted to improved cosmetic outcomes, shorter hospitalizations, and faster recovery timeframes.4

Minimally invasive options that have been introduced include endoscopic approaches with CO2 gas insufflation. In 2001, South Korean surgeons first described and adopted the gasless endoscopic thyroidectomy using a nonrobotic transaxillary approach. Although this represented an advance, endoscopic approaches have not been widely adopted in the United States due to technical limitations and disadvantages.

An important next step has been the introduction of robotic technology without the use of gas insufflation. In 2009, Woong Youn Chung, MD, PhD, of Younsei University Hospital in Seoul described the use of an axillary incision to access the thyroid space with robotic assistance.5

With this method, surgeons gain the ability to control a magnifying 3-dimensional high-definition camera system with multiarticulated tremor-free endoscopic arms and a stable platform, thus restoring the fundamentals that were lost in the transition from conventional to endoscopic neck surgery.

This novel approach offers surgeons as excellent an operative view as the conventional strategy; it also allows easy manipulation of the upper and lower thyroid poles and leaves the incision well hidden in the axillary fold or retroauricular crease.6 Thus, the gland and cancerous lymph nodes can be removed without leaving with a disfiguring visible scar in the anterior cervical area, a much preferred outcome, especially for young female patients.

The Department of Surgery at Tulane has a strong collaboration with Professors Chung and Sang-Wook Kang, MD. They have performed more than 5000 operations, and we have conducted hundreds of these procedures with excellent outcomes at our center.

Compared with the conventional method, the Tulane team and others have demonstrated that the transaxillary robotic approach has equal oncological outcomes and provides additional benefits such as identification and preservation of the recurrent laryngeal nerve and parathyroid glands.4,5,7 After performing hundreds of these robotic cases, our team started doing oncological neck dissections through these hidden incisions under the arm. Tulane has the largest experience with these operations in the United States.

Outcomes related to transaxillary robotic approaches were comparable with the open conventional thyroidectomy in all postoperative complications. Due to the definite learning curve associated with robotic thyroid surgery, it is the surgeon’s responsibility to ensure that the procedure is performed without compromising the patient’s safety.

Chung has emphasized the importance of selecting the appropriate patients for robotic surgery, starting with a preoperative workup that includes imaging through high-resolution ultrasonography and neck computed tomography and tissue analysis via fine-needle aspiration cytology.8 The tumor characteristics to be considered are size, site, presence of extrathyroidal invasion, multiplicity, bilaterality, and the presence of cervical lymph node metastasis.

Although robotic approaches for thyroid surgery have proved to be feasible and safe in a select group of young patients, the technique remains a novel procedure that should only be performed by high-volume thyroid and parathyroid surgeons.6 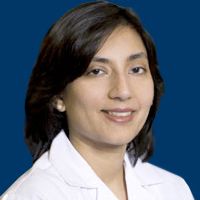