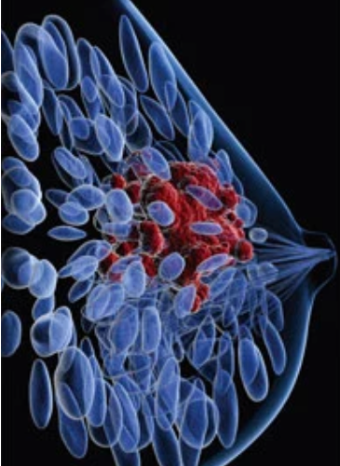 Sacituzumab govitecan (Trodelvy) increased response rates and improved progression-free survival (PFS) vs chemotherapy in patients with metastatic triple-negative breast cancer (mTNBC) with stable brain metastases, although no overall survival (OS) improvement was observed, according to data from a subgroup analysis of the phase 3 ASCENT trial presented during the 2020 San Antonio Breast Cancer Symposium.1

“Although the sample size was small, in this exploratory analysis of very poor prognosis patients with brain metastases in ASCENT, [sacituzumab govitecan] provided numerically better responses rates and PFS, but not overall survival relative to chemotherapy,” Véronique Diéras, MD, of the Centre Eugéne-Marquis in Rennes, France, said in a poster presentation during the 2020 San Antonio Breast Cancer Symposium.

Sacituzimab govitecan is a novel antibody-drug conjugate (ADC) consisting of an anti–Trop-2 monoclonal antibody conjugated to SN-38 and a hydrolyzable linker. SN-38 is used in central nervous system regimens as it can cross the blood-brain barrier, Diéras explained.

The phase 3 ASCENT trial (NCT02574455) enrolled 529 patients with mTNBC who had received at least 2 chemotherapy regimens for advanced disease. These patients were randomized 1:1 to either receive sacituzumab govitecan at 10 mg/kg intravenously on days 1 and 8 of every 3-week cycle of treatment of physician’s choice. Treatment was continued until progression or unacceptable toxicity.

The subgroup analysis focused on 61 patients in the trial who had stable brain metastases for at least 4 weeks by MRI, although 2 in the sacituzumab govitecan group and 6 in the chemotherapy group were not treated. Of the 32 patients in the ADC arm with brain metastases, 6% remain on treatment as of data cutoff versus none in the control arm. The primary reason for discontinuation was disease progression.1

These patients had a median age of 53 years (range, 27-80) in the investigational arm and 51 years (range, 34-81) in the control arm. A majority of patients in both arms were White, had an ECOG performance status of 1, and were negative for BRCA1/2 mutations. The median number of prior regimens was 5 (range, 2-10), and a total of 43% had received prior checkpoint inhibition.

The safety profile was similar to that of the overall ASCENT population, Diéras said. The most common treatment-emergent adverse events for sacituzumab govitecan versus chemotherapy were fatigue (63% vs 52%, respectively), neutropenia/decreased neutrophil count (63% vs 52%), diarrhea (50% vs 13%), and nausea (43% vs 26%). No treatment-related deaths were reported in either treatment arm.

The ADC was granted an accelerated approval by the FDA in April 2020 for the treatment of adult patients with mTNBC who have received at least 2 prior therapies in the metastatic setting based on results from the IMMU-132-01 trial (NCT01631552).