Lori A. Leslie, MD, reviews how the approval of axicabtagene ciloleucel may impact or enhance current practice patterns for adult patients with large B-cell lymphoma. 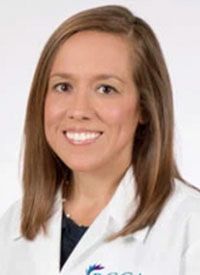 In an interview with OncologyLive®, Lori A. Leslie, MD, reviewed how the approval of this novel designation may impact or enhance current practice patterns for this patient population. Leslie is director of the Indolent Lymphoma and Chronic Lymphocytic Leukemia Research Programs at John Theurer Cancer Center of Hackensack Meridian Health and an assistant professor at Hackensack Meridian School of Medicine in New Jersey.

What is the significance of this designation?

The approval of axi-cel for second-line LBCL is exciting for our patients, particularly our high-risk patients who have…either primary refractory disease or [relapse] early after their frontline therapy.

We know historically that these patients do not do as well with our prior SOC—which is salvage chemotherapy and autologous stem cell transplantation [ASCT]—mostly because these patients are at high risk of having chemotherapy-refractory disease. Therefore, ASCT is something that is hard to do in this patient population if they are not responding to chemotherapy.

A CAR T-cell therapy approval for these patients gives them the opportunity to go straight to an immunotherapy-based option. We are reharnessing the power of their immune systems’ T cells to attack the lymphoma and helping spare these patients from that extra step of salvage chemotherapy when we know that they have a low chance of response. That is exciting for our patients, and is practice changing.

What effect does this approval have on current practice patterns?

The current treatment landscape for [patients with] LBCL [who] have relapsed— regardless of when the patient has relapsed—is to [usually] do [platinum-based] salvage chemotherapy followed by an ASCT for patients who are fit enough to do so. We know that certain patients with LBCL have a high risk of being refractory to chemotherapy. To be a candidate for ASCT, you must have chemotherapy-sensitive disease. Understanding now that we have an approval for CAR T-cell therapy helps us know to spare salvage chemotherapy for patients who are at high risk of not responding. Currently, the treatment landscape is to use CAR T-cell therapy in the third-line setting. Moving it into the second-line setting gives our patients an opportunity to avoid some of the added toxicities of salvage therapy when we know their chance of benefiting from that is small.

It is also important because, unlike ASCT, CAR T-cell therapy can be used in a wider variety of patients; there is no upper age limit cutoff for most studies. We are familiar with CAR T-cell therapy since its initial approval in 2017; we have been using it in a more expanded patient population, including older patients and patients with well-controlled comorbid conditions. These are patients who would not be candidates for ASCT.

What AEs should clinicians be aware of when prescribing axi-cel?

There are 2 main groups of toxicities that are relatively unique to this type of therapy and to similar types of immune-mediated therapies. The first is CRS, and that is an overactivation of the immune system. This is treated usually while the patients are in the hospital and is typically an event that happens early after administration of CAR T[-cell therapy]. [Initial] treatment is to give tocilizumab [Actemra], which is an antiIL-6 antibody, and then, in more severe cases, to give corticosteroids.

The other group of toxicities [involves] neurologic events. Unlike CRS, these are a little more unpredictable. They also typically happen early on, within the first week, of getting the CAR T-cell therapy [and] can [include] a wide variety of symptoms; it can be as simple as some minor handwriting change or mild confusion, or patients can get much more notable neurologic [adverse] effects and even become obtunded. [Symptoms are] monitored closely while patients are in the hospital post CAR T-cell therapy, and the treatment is initiation of steroids.

With our current treatment algorithms, we [can] intervene earlier, knowing that intervention with tocilizumab and steroids does not impair the efficacy of the CAR T cells, and we are able to prevent these higher grades of AEs. In most patients, however, it is important to know that they must be monitored at the treatment site for these specific toxicities as part of the [Risk Evaluation and Mitigation Strategy] program.

What is the next step for CAR T-cell therapy research?

CAR T-cell therapy is expanding across hematologic malignancies and solid tumors. Axi-cel and the currently available CAR T-cell products for third-line, and now second-line, LBCL are all targeting CD19. CAR T-cell therapy is moving earlier in the treatment landscape, not only for LBCL as early as frontline, but also for some of the other lymphomas, [such as] indolent lymphomas, follicular lymphoma, and mantle cell lymphoma.

Moving forward, we will see a similar trend that we have seen in LBCL, with CAR T[-cell therapy] being available earlier in the treatment landscape. We have approvals in multiple myeloma and research ongoing in [chronic lymphocytic leukemia].

Expanding into solid tumors, [investigators are] looking at other targets rather than CD19 for CAR T-cell therapy, [and] there is an emerging group of protocols and data that [will] hopefully [have us] talking about CAR T[-cell therapy] for [most] cancers.