Sequencing After Frontline I/O Based Regimen for mRCC

Rana McKay, MD: Martin, that was an excellent summary reviewing those trials, because they don’t reflect the current practice, and this is the dilemma we’re in. We’ve dramatically augmented our frontline space. There’s only a small subset of patients who should be receiving single-agent TKI in the front line. Now that our front line has changed, the big question is what do we do next? The approved regimens were not approved with the frontline modalities. There’s a series of phase 2 trials and retrospective series that can be instructed that have looked at the activity of cabozantinib post-I/O, VEGF post-I/O, IO post-I/O. There are not any landmark studies that are going to not level 1 evidence, but they can be instructed and give insights given that the front line is evolving. We don’t have those second-line trials to decide what is the next-best strategy. In carefully selected patients, the I/O and post-I/O were challenging. A series of trials have been done. Dr [Nizar] Tannir talked about them: OMNIVORE, the HCRN trial, the TITAN trial. The salvage rate is about 10% converting a nonresponder into a responder with the addition of an I/O regimen. In carefully selected patients, those who have slow progression—they have a little progression, not a lot, maybe they’re not rapidly progressing—the pattern of progression does matter. A select number of patients, if you’re able to get them in I/O post-I/O, may benefit from that or an I/O doublet. If they didn’t see ipilimumab in the frontline, there’s an opportunity to challenge them in the second line. There’s no level 1 evidence for this.

Rana McKay, MD: My TKI of choice is cabozantinib. Reflecting the fact that the CheckMate 9ER data just came out and we’re not really using cabozantinib front line except for select patients, but it’s cabozantinib in the second line.

Toni Choueiri, MD: Bernard, the same for you? If a patient progressed, let’s say, on nivolumab-ipilimumab.

Bernard Escudier, MD: I would say no, it’s not the same. Honestly, what we know is which patients are going to have the chance to receive 2 or 3 lines and which patients have probably only 1 chance. Collectively in lung disease, we know when we see a patient what’s going to likely happen. If they have a mole in the lung disease, I prefer to use axitinib as my first choice in second line because I know that cabozantinib is still going to be used and still going to be active plus axitinib. If I have an aggressive tumor, then I will use cabozantinib because I know it’s the most active 1. But it’s not going to cure patients here. My opinion is that, of course, we have to use the best can, but cabozantinib is still active in the third-line setting while axitinib is not going to be here. Depending on clinical factors, it’s always cabozantinib and it’s always axitinib.

Toni Choueiri, MD: That’s definitely useful. I’ve seen people saying I haven’t seen much—I don’t know. Martin, you discussed the lenvatinib-everolimus, but I haven’t seen much of it being used or being proposed as a second line post-I/O, whether after nivolumab-ipilimumab, pembrolizumab-axitinib, or what. What’s your experience, and what would you do? If you don’t think of lenvatinib-everolimus as a second line, where would you use it?

Martin Voss, MD: Lenvatinib-everolimus and cabozantinib were the first regimens where I started to pay attention to PD [progressive disease] rate. We talk about that all the time. Comparing at frontline regimen and looking at primary failure and what the likelihood is of primary progression on scans. That’s more treacherous to interpret in I/O-based regimens because we have to think about delayed responses after initial PD. But for targeted regimens like lenvatinib-everolimus, there’s a lot of truth to that data. My experience has been that both regimens—lenvatinib-everolimus and cabozantinib—have a decent toxicity rate but a very low failure rate. I see a lot of lenvatinib-everolimus being used in the third line,where patients have progressed through their first 2 agents, like an I/O-based combination and then cabozantinib, and then they go on to lenvatinib-everolimus. In part because we’re not seeing much of it is because these regimens that have only been on the market for a year or 2 are so effective that most of the new patients are on them right now. I’m curious to see how much lenvatinib-everolimus we’re going to start to see used a year or 2 from now. There’s people who have received standard axitinib-pembrolizumab, then progressed on that 2 years later, then went on a TKI, and then need a third line. But right now, we’re not seeing a lot of patients who are needing their third-line regimens after they’ve been on a state-of-the-art first-line combination. Also, in the second line with a patient whose disease is aggressive, I tend to use cabozantinib and reserve lenvatinib-everolimus for the third line in someone who’s fit enough for it. I can’t remember if I’ve ever seen it used in the second line, to your point. I think that’s because people shy away from the toxicity management of 2 drugs at the same time, that have overlapping toxicity.

Toni Choueiri, MD: I agree. In my experience, lenvatinib-everolimus, when I use it in the second or even first line, is in chromophobe RCC [renal cell carcinoma]. Despite a smaller study, it was a prospective study, in a disease where I/O or even VEGF TKI sunitinib doesn’t show much activity. Lenvatinib-everolimus has shown activity, so this is a possibility. 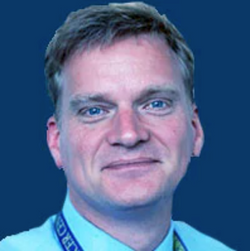 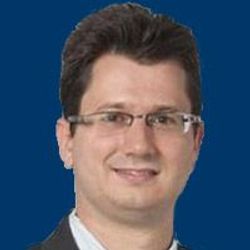