Selective estrogen receptor degraders and antibody-drug conjugates are not only broadening the armamentarium in breast cancer but are demonstrating increasing utility across subtypes and in underserved populations, such as those with HER2-low disease, explained Erika P. Hamilton, MD. 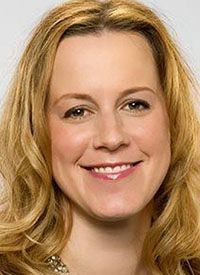 Selective estrogen receptor degraders and antibody-drug conjugates (ADCs) are not only broadening the armamentarium in breast cancer but are demonstrating increasing utility across subtypes and in underserved populations, such as those with HER2-low disease, explained Erika P. Hamilton, MD.

“We’re very excited about SERDs and what that may mean for estrogen receptor [ER]–positive breast cancer, particularly in the post–CDK4/6 inhibitor space. We’re also working with a variety of ADCs. ADCs, initially, were restricted to HER2-positive disease. We’re seeing now that ADCs are going across the board in all 3 types of breast cancer,” said Hamilton, director of the Breast Cancer and Gynecologic Cancer Research Program and principal investigator at Sarah Cannon Research Institute, in an interview with OncLive® during an Institutional Perspectives in Cancer webinar on breast cancer.

“We also have trials pending with fam-trastuzumab deruxtecan-nxki [Enhertu] in the HER2-low space, both in what we would traditionally classify as triple-negative or hormone receptor [HR]–positive, as well as trials with sacituzumab govitecan-hziy [Trodelvy] in the HR-positive setting. We also have quite a few new compounds out there [because] there’s a real advantage to get a chemotherapy-type targeted payload directly to the cancer cell, while sparing a lot of the rest of the body. We’ll see more on ADCs in the coming months and years.”

OncLive®: What are some of the novel therapies in the pike?

Hamilton: In the ER-positive arena, the class of drugs that we’re all really excited about are the oral SERDs. There are more than 10 [SERDs] in development right now, so it’s a quick race in figuring out who’s going to end up where because there are multiple places where we may see these agents.

Certainly, the easiest bar is replacing fulvestrant [Faslodex] in the second-line setting. The Veronica trial [NCT03584009], whichlooked at adding venetoclax [Venclexta] to fulvestrant was negative, but it was the first trial where all patients had already seen a CDK4/6 inhibitor, which is now the standard of care for our patients. Fulvestrant did not perform incredibly well; the progression-free survival [PFS] was less than 2 months.

The data that we are seeing from the phase 1 trials with SERDs look much more encouraging. We’re all very hopeful that SERDs are going to make a big impact in the second-line setting. Additionally, these compounds are very easily combined with CDK4/6 inhibitors so we can see them in the first-line setting, or we can even see them in the higher-risk adjuvant population. That is a class of compounds to watch.

Turning to the presentation that Howard “Skip” Burris III, MD, led, how has the utility of checkpoint inhibitors and ADCs grown in TNBC?

There are 2 big themes in TNBC right now. The first is immunotherapy. Atezolizumab [Tecentriq] was withdrawn as first-line therapy for patients with PD-L1–positive, metastatic TNBC. We do still have pembrolizumab [Keytruda] in that space with great activity and 3 chemotherapy combinations we can put that agent with: either paclitaxel, nab-paclitaxel [Abraxane] or gemcitabine in combination with carboplatin. Peter Schmid, MD, PhD, of the Barts Centre, presented some updated data with pembrolizumab in the neoadjuvant setting.

We had already seen an improved pathologic complete response [pCR] rate in the double digits there, which was certainly encouraging, and now we see an improvement in event-free survival, really reassuring us that that pCR benefit translates to better outcomes for our patients, which is what we care about in the curative setting.

We’re going to see more refinement of triple-negative [approaches]. Many of us think that PD-L1 is not the best marker and there are better ways to predict who may benefit from [immunotherapy]. But it’s very reassuring that in the early-stage setting, the benefit [is apparent] in all-comers, so you don’t have to be PD-L1 positive to get benefit.

The other space in TNBC that is very exciting is with the ADC. Sacituzumab govitecan is now approved. We have data that’s going to be presented I believe, at the 2021 San Antonio Breast Cancer Symposium, in the HR-positive setting with that compound.

We’ve also seen a lot of encouraging data with trastuzumab deruxtecan in the HER2-low space, which is exciting because only about 15% of patients have cancers that are HER2 positive. HER2 low has traditionally been classified in that HER2-negative subset. Those patients that are low, with either an IHC [immunohistochemistry] of 1+ or 2+ with negative FISH [fluorescence in situ hybridization] is a high percentage of our patients––about 50% of cancers, so even more significant than the HER2-positive subset. The initial data looked very encouraging there, and we anticipate seeing the readout of that longer data, so there’s a lot of excitement there as well.

There are also novel drugs coming. Daiichi Sankyo and AstraZeneca have a TROP-2–directed ADC on that same backbone that trastuzumab deruxtecan is on as well as a HER3-directed ADC. There are some other novel compounds as well, such as a CD166-directed ADC, etc.

The large story in HR-positive breast cancer is figuring out who benefits from what. It appears across the board that there is a benefit with CDK4/6 inhibitors. The big data out of the 2021 ESMO Congress was the overall survival data [OS] from MONALEESA-2. These data were incredibly encouraging because we’ve seen a lot of OS data in combination with fulvestrant in the second-line setting, but this is our first data set up front with an aromatase inhibitor [AI]. To see an improvement of OS of 12.5 months is really encouraging, and very practice affirming that we should be offering all our patients CDK4/6 inhibitors up front and not saving them for later or for those patients who don’t do well.

There’s a lot of refinement beyond initial CDK4/6 inhibition in terms of what to do for patients with a PIK3CA alteration and ESR1 mutation. More profiling is coming in addition to more dividing these patients into buckets to pick a therapy that they’re going to do the best on.

Mothaffar Rimawi, MD, of Baylor College of Medicine, discussed the armamentarium in HER2-positive breast cancer. What agents are generating excitement in this space?

The thing that concerned us about trastuzumab deruxtecan was the small percentage of the population that could have significant pneumonitis. In the DESTINY-Breast01 trial [NCT03248492], there was 2.7% death rate. It was very encouraging to see in DESTINY-Breast03 that there were no grade 4 or 5 cases of ILD [interstitial lung disease] and only 0.8% of patients with grade 3 ILD. It really seems that we have learned from this. We put guidelines in place of what to do and how to watch for pneumonitis or ILD, and this really is working, so very encouraging for us to feel more comfortable bringing trastuzumab deruxtecan into earlier lines of therapy.

We also saw data from the TULIP trial [NCT03262935] with the novel SYD985 ADC at the 2021 ESMO Congress. It’s very exciting to see more drugs in this space. As we shuffle what we currently have around with pertuzumab [Perjeta] and T-DM1, and trastuzumab deruxtecan, it’s obvious that our patients that are HER2 positive continue to be driven off the HER2 protein, and we do need more agents in this space.

One other study that I saw at the 2021 ESMO Congress was a smaller study, but that caught my eye was the coopERA trial [NCT04436744]. This was a trial of a neoadjuvant SERD. Patients initially had a SERD vs an AI for a couple of weeks, and then went on to get either a SERD with a CDK4/6 inhibitor or an AI with a CDK4/6 inhibitor. We measured knockdown of Ki-67, a measure of division in the cell, how quickly those cells are dividing and growing. We saw an improvement in Ki-67 in both arms, and a numerical benefit with the SERD vs the AI alone. In those patients that came on with a higher Ki-67, so theoretically, those patients that had a little bit more aggressive cancers, that more patients benefited from the SERD with palbociclib [Ibrance] than the AI plus palbociclib. This is a really good proof of concept that although our current endocrine drugs like AIs behave well, that there really are some advantages of SERDs, so I hope this bears out in the later data as well.