Prostate cancer has been known to show clear racial disparities, with men of African descent comprising the vast majority of cases. 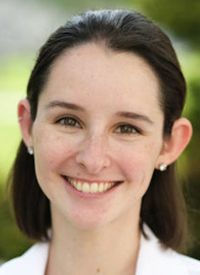 Prostate cancer has been known to show clear racial disparities, with men of African descent comprising the vast majority of mortalities within the space. Despite this, an analysis of 59 prostate cancer trials with available racial and ethnic data conducted throughout North America and Europe showed that 96% of participants were non-Hispanic Caucasian men.1

Results from the study, published in Cancer Epidemiology, Biomarkers, & Prevention, showed that the inclusion of African American men in prostate cancer trials has decreased from 11.3% in 1995 to 2.8% in 2014. A prior analysis of castration-resistant prostate cancer trials also found a similarly low level of enrollment of African American men, comprising only 3.3% of all participants included in 7 phase 3 clinical trials.2 These statistics underscore the need to analyze racial and ethnic diversity in clinical trials and redirect recruiting efforts as appropriate, according to the study investigators.

“If we leave [people of color] out [of these trials], it enforces this non-Hispanic, white-dominant scientific culture that has been prominent in the scientific community [for a very long time]. By leaving these men out, [we] essentially come up with new treatments that work well in non-Hispanic white populations,” Emily Rencsok, MD and PhD candidate, co-author of the study and a graduate research assistant in the Department of Epidemiology of Harvard T.H. Chan School of Public Health told OncLive. “We really need to have more populations represented in clinical trials so we can get an idea of the similarities or differences [that exist] between these different groups and ensure that all patients [are] involved in clinical trials are able to receive the best possible care.”

The objective of the study was to review racial and ethnic representation across prostate cancer treatment-, prevention-, and screening-based trials. To do so, investigators identified trial enrollment benchmarks at the outset to frame the analyses. Because 56.3% of incident prostate cancer cases in the United States occur in non-Hispanic white men, investigators proposed that to stand as the acceptable percentage of those men to include in the trials. Additionally, because 22.2% of incident prostate cancer cases occur in non-Hispanic black men, trials should aim to include at least this percentage of these men in the trials.

Investigators identified eligible trials through PubMed and the US National Library of Medicine's Clinical Trials database. Treatment trials were defined as completed phase 3 or 4 trials in which the objective was to treat the disease; this did not include trials aimed at treating the adverse events associated with a treatment. Prevention trials eligible for inclusion in the study were limited to phase 3 and 4 primary prevention trials aimed at preventing prostate cancer. Screening trials were restricted to those that evaluated prostate-specific antigen screening that have completed the enrollment phase. Race and ethnicity were categorized and accessed using classifications as defined by the US Office of Management and Budget. Trials were pulled in 5-year intervals from 1985 to 2019.

Results showed a significant variability with regard to racial and ethnic representation, with 29 categories of race and ethnicity reported across all trials. African American participants were found to be the second most represented race in prostate cancer trials, ranging from 0.5% of participants in the screening trials to 8.5% of the total patient population included in the prevention trials. In comparison, 96% of participants in studies with available data on race and ethnicity were found to be Caucasian; this population accounted for 83.9% of publicly-funded US trials and 86.9% of nonpublicly funded US trials.

This significant dearth of racial representation in prostate clinical trials indicates a powerful need for further studies analyzing the reasons behind this decline, according to the study investigators. Additional inclusion of trials taking place in African and Caribbean medical centers is also necessary to ensure proper representation of this under-researched subgroup, as data from the study revealed that only 2 out of 67 (3%) African and Caribbean countries were represented in the trials analyzed in the study.

Additionally, enrolling more Hispanic participants to clinical trials is also needed, as investigators indicated that this subgroup has seen an increase in prostate cancer-related mortality that has surpassed that of white patients. Furthermore, although Asian men are shown as having the lowest rates with regard to both incidence and mortality, it’s also important to enroll more patients of Asian descent, as this could open new avenues for research in terms of prevention and treatment.

All these data raise the question of the barriers that exist with regard to recruiting more minority patients to participate in clinical trials. To this end, a systematic review focused on the enrollment of minorities in US clinical trials revealed that negative beliefs surrounding trial participation and a lack of knowledge about trials are 2 of the biggest barriers that dissuade racial subgroups from participating. Other factors that disproportionately affect patients of color, Rencsok explained, are factors such as lack of transportation, not being able to take time off from work for appointments, and the lack of childcare.

“It has been shown that providers are less likely to offer clinical trials to black patients, and also that hospitals that predominantly serve patients of color have fewer open clinical trials in general compared with hospitals that mostly serve white patients,” Rencsok said. “Another common barrier is the negative attitude toward clinical trials and the medical system in general; this has deeply historical roots in studies, such as the Tuskegee and the Guatemala syphilis studies that are now familiar examples for ethical breaches in clinical trials specifically targeting people of color. Even after these ethical standards for clinical trials have strengthened in the United States, the medical system has continued to systemically offer less and worse care to patients of color.”

That being said, clinical trials that have implemented patient navigation programs and enhanced institutional clinical trial infrastructure are seeing a positive trend toward increased participation of US minority patients. These approaches have also been utilized by prostate-focused groups such as the International Registry for Men with Advanced Prostate Cancer (IRONMAN) and have yielded positive results. IRONMAN is also working to build trial infrastructure in underrepresented countries, such as Brazil and South Africa.

With regard to better representing these patient populations and the hospitals that serve them, Rencsok explained, “One way that we're doing that is through a diversity working group for IRONMAN. We also have a low- and middle-income country working group where we have people who are involved in the study specifically focusing time, energy, and resources on ensuring that we are enrolling these men at proportionate numbers based on disease incidence. [We’re] also ensuring that we're broadly representing these typically underrepresented hospital systems as well, not just the patient populations specifically.”

With the utilization of more targeted recruitment efforts, more high risk, poor-prognosis African American patients can achieve better representation in research, which can eventually result in more focused treatments that will be optimized to better serve each diverse population, the investigators concluded.