The FDA granted a breakthrough therapy designation to telisotuzumab vedotin for use in patients with advanced or metastatic EGFR wild-type, nonsquamous non–small cell lung cancer who have high levels of c-Met overexpression and whose disease has progressed on, or after, platinum-based chemotherapy. 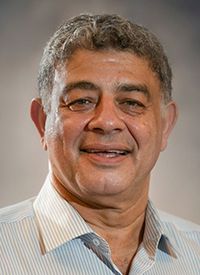 The FDA has granted a breakthrough therapy designation to telisotuzumab vedotin (ABBV-399; teliso-V) for use in patients with advanced or metastatic EGFR wild-type, nonsquamous non–small cell lung cancer (NSCLC) who have high levels of c-Met overexpression and whose disease has progressed on, or after, platinum-based chemotherapy.1

The decision is supported by findings from the ongoing phase 2 LUMINOSITY trial (Study M14-239; NCT03539536), which found that treatment with the investigational antibody-drug conjugate as a monotherapy in the second- or third-line setting elicited an overall response rate (ORR) of 53.8% in patients with EGFR wild-type, nonsquamous NSCLC and high c-Met expression; the ORR was 25.0% in the subset of patients with intermediate c-Met expression.

Additional data on telisotuzumab vedotin will be shared at upcoming medical meetings, according to AbbVie, the drug developer.

“Patients with NSCLC have a high unmet need and telisotuzumab vedotin has the potential to provide them with an additional treatment option to manage their disease,” Mohamed Zaki, MD, PhD, vice president and global head of oncology clinical development at AbbVie, stated in a press release. “Today’s announcement marks an important step in our mission to advance new oncology treatments across tumor types to improve standards of care for patients with cancer.”

A cell-surface receptor kinase that is encoded by the MET proto-oncogene, c-Met binds hepatocyte growth factor (HGF).2 Aberrant activation of the c-Met/HGF axis through MET amplification, transcription, and constitutive activation has been reported in several cancers and is associated with poor outcomes.

Overexpression of c-Met has been observed in 30% to 50% of patients with NSCLC, with activation noted in 4% of primary tumors. This activation is thought to be the primary driver of high levels of MET amplification or MET exon 14 skipping mutations in some cases of NSCLC.

Additionally, high levels of MET amplification have also been reported in those who have NSCLC and tumors that harbor EGFR-activating mutations, who have experienced disease progression on EGFR TKIs. As such, it is hypothesized that MET amplification may drive acquired resistance to such TKIs.

Telisotuzumab vedotin is a humanized monoclonal antibody that targets c-Met and is conjugated to monomethyl auristatin E (MMAE). The ADC is internalized and has been shown to release MMAE, which binds to tubulin and causes cell death through the inhibition of mitosis. Previously, the agent has demonstrated antitumor activity in both MET-amplified and c-Met–overexpressing tumor models.

The key eligibility criteria for the LUMINOSITY trial includes having histologically confirmed, nonsquamous NSCLC with known EGFR status and locally advanced or metastatic disease with c-Met positivity.3 Moreover, patients must have received no more than 2 prior lines of systemic treatment and have an ECOG performance status of 0 or 1.

If patients previously received c-Met–targeted, antibody-based therapies, have adenosquamous histology, clinically significant conditions, unresolved clinically significant toxicities from previous therapies, underwent major surgery within 21 days before their first dose of the study drug, or received live vaccine within 30 days of the first ADC dose, they were excluded. Patients with central nervous system (CNS) metastases are only eligible if they had received definitive therapy, such as surgery or radiotherapy.

Stage 1 of the trial will examine the ADC as second- and third-line treatment in this population, and then investigators will expand the groups to further assess the efficacy of the agent in select patient populations.

Previously, the ADC was evaluated in combination with erlotinib (Tarceva) or nivolumab (Opdivo) in patients with c-Met–positive NSCLC, as part of a phase 1/1b trial (NCT02099058).2 The multicenter, open-label trial enrolled patients with advanced NSCLC not amenable to resection or other approved options who had c-Met overexpression and a documented MET exon 14 skipping mutation or MET amplification.

To be eligible, patients needed to be at least 18 years of age, have an ECOG performance status ranging from 0 to 2, measurable disease per RECIST v1.1 criteria, and acceptable bone marrow, renal, and hepatic function.

To participate in the erlotinib arm specifically, patients needed to have an EGFR activating mutation and have progressed on a prior EGFR TKI.

In the phase 1b portion, telisotuzumab vedotin was evaluated in combination with erlotinib in this patient population. Here, the ADC was given intravenously at a dose of 2.7 mg/kg every 3 weeks and erlotinib was administered orally at a daily dose of 150 mg.

As of December 2018, a total of 42 patients were enrolled to the expansion cohort of the trial, which was examining the doublet. Of these patients, 37 had c-Met positivity, and 36 were determined to be evaluable. Thirty-five patients had an H-score of 150 or higher, and 1 patient had MET amplification.

Moreover, 11% had 1 prior line of treatment, 17% had 2 prior lines, 31% had 3 prior lines, and 39% had 4 or more prior lines. Previous anticancer therapies included platinum-based treatment (67%), checkpoint inhibitors (28%), docetaxel (17%), c-Met inhibitor (67%), and an EGFR TKI (83%). Forty-four percent of patients previously received a third-generation EGFR TKI and 58% received an EGFR TKI prior to study enrollment.

The median time from initial diagnosis was 26 months (range, 3-116), and the median duration of the last line of anticancer treatment received was 8 months (range, 1-112).

Sixty-two percent of patients reported grade 3 or higher TEAEs, the most frequent of which being pulmonary embolism (14%).

Telisotuzumab vedotin will also be examined as a single agent in patients with previously treated, c-Met–overexpressing NSCLC as part of the randomized phase 3 TeliMET NSCLC trial (Study M18-868).