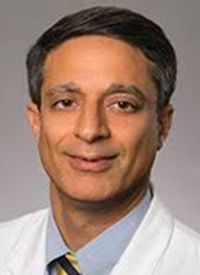 Innovative therapeutic regimens are showing promising activity in patients with multiple myeloma, whether they are for those who experience early relapse, have been heavily pretreated, or have refractory disease, explained Sagar Lonial, MD, FACP.

“With the availability of agents, such as daratumumab (Darzalex), carfilzomib (Kyprolis), pomalidomide (Pomalyst), and others, we have the ability to really focus on first relapse as if it were newly diagnosed disease,” said Lonial.

According to data from the phase III CANDOR trial, the combination of daratumumab, carfilzomib, and dexamethasone could be one such strategy to turn to in patients with early relapse. Data showed that the triplet led to a 37% reduction in the risk of progression or death compared with carfilzomib/dexamethasone alone in patients who received 1 to 3 prior lines of treatment (HR, 0.630; 95% CI, 0.464-0.854; P = .0014).1

Moreover, data from the phase III ICARMIA-MM trial indicated that isatuximab could be of benefit in earlier lines of therapy when used in combination with pomalidomide and dexamethasone. Data from the trial showed a 40% reduction in the risk of progression or death with the addition of the CD38-directed monoclonal antibody versus pomalidomide/dexamethasone alone in patients who received ≥2 prior lines of treatment (HR, 0.596; 95% CI, 0.44-0.81; P = .001), as well as a trend toward favorable overall survival (HR, 0.687; 95% CI, 0.461-1.023).2 In July 2019, the FDA accepted a biologics license application for the triplet in this setting, and the agency is expected to decide on the approval by April 30, 2020.

For more heavily pretreated patients who have received ≥4 prior lines of therapy, selinexor (Xpovio) is approved in combination with dexamethasone. The agent is also being investigated in combination with immunomodulatory drugs (IMiDs) and proteasome inhibitors (PIs) in the phase I/II STOMP trial (NCT02343042).

“Some of the agents in development include BCMA-targeted [approaches], such as CAR T cells, antibody-drug conjugates (ADCs) like [belantamab mafodotin], and bispecific molecules like AMG 420. All of these agents are really active. Hopefully, we’ll have 1 if not 2 of these agents [approved] in the next few months,” said Lonial.

OncLive: How has relapsed/refractory multiple myeloma treatment changed over the years?

Lonial: Patients with early relapse have only had 1 prior line of therapy. In some cases, these patients’ remission durations can be just as long as their original remission, which is a real reversal of treatment outcomes 1 decade ago.

Could you discuss the CANDOR trial of carfilzomib, daratumumab, and dexamethasone?

The phase III CANDOR trial evaluated the addition of daratumumab to carfilzomib and dexamethasone versus carfilzomib and dexamethasone alone. The trial gives us another partner to combine carfilzomib with. The activity [of the triplet] seems better [than the doublet]. The hazard ratio favors the use of the triplet over the doublet. Sometimes we don’t want to combine an IMiD with an anti-CD38 agent; some patients don't tolerate IMiDs. For some patients, the copay is really high, and they have trouble getting access to IMiDs. Partnering either a PI or an IMiD with an antibody has been a go-to for us in a number of different situations. Now, we have an impetuous for combining [those agents] with a PI.

Could you discuss the ICARIA-MM trial with isatuximab in combination with pomalidomide and dexamethasone?

Isatuximab appears to partner really well with pomalidomide. Investigators compared the addition of isatuximab to pomalidomide and dexamethasone with pomalidomide and dexamethasone alone. The trial accrued patients who had received around 3 to 4 prior lines of therapy. We saw a significant improvement in the duration of remission [with the addition of isatuximab]. The benefit appeared to be almost as strong in some of the high-risk subsets. We've known that pomalidomide is a very active drug in high-risk multiple myeloma, and we've had suggestions that CD38-targeted therapy could be of similar benefit. This is one of the few late-line relapse trials that confirm [that theory].

Could you elaborate on the benefit of the triplet in high-risk patients?

We know that if something is effective in high-risk myeloma, it's even more effective in standard-risk myeloma. There are really no safety concerns with CD38-targeted agents. With isatuximab and pomalidomide, the adverse event (AE) profile is similar to what we see with daratumumab and pomalidomide. This means we have an opportunity to combine these drugs for patients across the board.&#8239;

Are there other triplet regimens under evaluation?

Could you discuss some of the agents that have emerged in more heavily pretreated settings?

Later-line therapy becomes a little more challenging. Fortunately, selinexor was approved a few months ago. [In the trial] selinexor and dexamethasone did show benefit. It is an active regimen. However, it can be tough to give at the regular dose and schedule. Our group likes to partner it with a PI and give a lower dose of selinexor to improve the tolerability of the regimen. Venetoclax (Venclexta) is another agent, particularly for patients with 11;14 translocations.

Could you discuss the impact of selinexor’s approval? Right now, selinexor is going to be used predominantly in an IMiD-, PI-, and CD38-refractory patient. The best we had to offer those patients was recycled agents or chemotherapy. Chemotherapy, particularly something like the regimen of dexamethasone, cyclophosphamide, etoposide and cisplatin can be a physical and emotional challenge for heavily pretreated patients. Selinexor offers them an outpatient approach to treatment. The challenge is that selinexor—–in the approved dose and schedule––has a fair amount of gastrointestinal toxicity, even with aggressive supportive care. Dose reductions are often the name of the game. By partnering selinexor with a PI, you can reduce the incidence of AEs and improve its efficacy, even in PI-refractory patients.&#8239;

Could you discuss the ongoing research with selinexor?

What are some emerging modalities in this space?

We are certainly very excited about CAR T cells. bb2121 is the furthest in development. The pivotal trial finished enrollment a few months ago. We're waiting on that data set. My hope is that in the next year we'll see an FDA approval for BCMA-targeted CAR T cells in myeloma. There are a number of other BCMA-targeted CAR T cells out there. I don't know whether any of them are necessarily better than the other. They all seem to have very high response rates and a low incidence of cytokine release syndrome and neurotoxicity compared with lymphoma. We need to know what the progression-free survival is and how long patients stay in remission. The story may be a little different than in lymphoma; persistence may be important in myeloma.&#8239;

Could you highlight the work being done with bispecific T-cell engagers (BiTEs) and ADCs?

BCMA is an important and exciting target in myeloma because it's almost uniquely focused on myeloma cells. There is an ADC called [belantamab mafodotin]; the pivotal trial just completed. We're waiting on a readout of those data. It looks like it has activity, even in penta-refractory patients. There are a number of different BiTEs out there. AMG 420 clearly has activity; there were challenges with the continuous infusion. There is a long-acting version of that BCMA-directed BiTE that is being tested in phase I trials and apparently is showing encouraging activity as well.&#8239;

Could you discuss anticipated research in this space?

Trying to optimize the efficacy of BCMA-directed therapy is going to be important. Are there things that we can do to make CAR T cells last longer—whether it's adding an IMiD or a checkpoint inhibitor, or just changing the molecule itself? Having off-the-shelf ADCs or bispecific agents is going to be important for the practical aspects of patient care. Waiting 6 or 8 weeks to be give a CAR T cell is challenging. Also, how do we incorporate this into earlier lines of therapy to potentially cure a larger fraction of patients?

What is your take-home message regarding the treatment of patients with relapsed/refractory myeloma?

Have a plan when you're dealing with early relapse. Decide what you're going to do and do that consistently. How we approach early relapse basically [involves] using daratumumab in every situation and then deciding what to combine it with, based on what the patient has experienced. In the relapsed/refractory setting, I would make sure you are partnered with an academic center with trials because that is linked with [favorable] long-term outcomes for patients.&#8239;