Time to Focus on Succession Planning as Retirements Loom 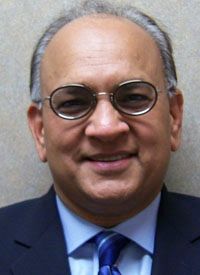 After Sarode K. Pundaleeka, MD, founder and longtime president of Joliet Oncology-Hematology in Illinois, announced in 2010 that he planned to retire in 5 years, the practice’s other physicians spent months debating how they would operate in the future. According to PJ Sidhu, the practice administrator, they decided to create new governance and compensation structures and eventually elected a new president.

Among their decisions: open the presidency and vice presidency to new candidates every 3 years to give more of the doctors opportunities to gain leadership skills. Yet, despite their understanding of the importance of preparing for leadership changes, the 140-employee practice still has no formal response plan for the loss of one of its most important people: Sidhu himself.

“I wear quite a few hats. I’m not just running the operations, but I am also very involved in strategic development, direction, growth, mergers and acquisitions, and hospital alliances. We don’t have a CFO, so I do all the finance work myself. I do not believe at this time we have a suitable backup to take over the responsibilities from me,” Sidhu said. “They need to have a second line in case of need. The physician leadership should think about those things.”

Planning for both leadership succession and unexpected staff departures has always been a good idea, but such preparations are becoming even more important as community oncology faces a workforce crunch. The number of oncologists at retirement age has been climbing for years, surpassing the number of younger doctors and incoming fellows. And as the population of cancer patients grows faster than the number of active physicians, providers in some areas are having difficulty attracting and retaining staff.

More than 18% of active oncologists are age 64 or older, compared with 13% who are 40 or younger, according to ASCO’s most recent State of Cancer Care in America report. Last year, 2236 oncologists were nearing retirement, but in 2015, just 586 oncology and hematology fellows were in their final year of training. In Delaware, Hawaii, Nevada, New Mexico, and West Virginia, more than a quarter of oncologists are close to retirement, and 3 states—Alaska, Hawaii, and Nevada&mdash;have particularly low numbers of younger oncologists.

At the same time, the business of medicine has become so complex that practices can ill afford any major disruptions of either their medical or administrative teams. At a successful office where everyone contributes their maximum, any sudden staff departure can be a blow, said Ray Page, DO, PhD, president of the Center for Cancer and Blood Disorders in Fort Worth, Texas. “It can really hurt a practice,” he said. “There are so many complexities in the delivery of cancer care. It’s hard to pick up and learn overnight.”

Two years ago, one of the busy physicians at Page’s practice died suddenly while on vacation, and the staff scrambled to accommodate the loss. “When somebody who is making a large contribution suddenly exits, there’s a big void there,” he said. With 19 oncologists at 9 offices, the practice was able to adjust, but a sudden loss can be devastating for a smaller practice with less backup, Page said. Even if a new doctor is hired, it can take 6 months or more for that person to gain hospital privileges and register with payers, he noted.

Practice leaders must—among other responsibilities&mdash;manage employees, finances, regulatory issues, drug inventory, and relationships with referring physicians and hospitals, said Robin Zon, MD, of Michiana Hematology Oncology in Indiana. It’s imperative to train multiple staffers to take over if necessary. “Oncology has become much more complicated, especially over the last 5 to 10 years,” said Zon, chair of ASCO’s Government Relations Committee. “For a number of reasons, the environment in which we’re practicing has become so complex that you can’t wing it.”

As a first step, Zon suggests that physicians consider their organizational structure, staff members’ ages, and retirement plans. They should review the responsibilities of physician leaders and identify others who can step in if a leadership position is vacated.

One tool for preparing for leadership changes, whether sudden or planned, is a committee structure that exposes younger partners to different aspects of operations. At Zon’s practice, “all of us have designated responsibilities. If somebody retires, somebody else knows what the retiree knows,” she said.

Page advises setting up physician-led committees; at his practice, physicians who become partners are required to rotate chairmanships every 2 years. Doctors who show good leadership potential are then nurtured further.

Preparing for the future also requires taking advantage of natural opportunities. Pundaleeka ran Joliet Oncology for 35 years, so his departure was a “huge, huge change,” Sidhu said. The 9 other partners set transition deadlines and met regularly to make decisions. Rather than simply picking a new chief, they voted to institute periodic elections. They created a vice presidency and included the director of clinical research in the leadership. It became clear that everyone wanted to change the compensation structure, so it was revised to define the financial benefits that practice leaders receive when the business does well, Sidhu said.

At the cancer center, the need for representation on a board of local hospital provided an opportunity for leadership development. Page’s schedule was packed, so he asked a younger doctor from his practice to take the position with the accountable care organization, and the hospital board members recommended that she take business leadership development courses at a local university. “I could have served on that board, but instead we gave her the opportunity,” Page said. A reduced clinic workload on Fridays allowed her to take classes, and she gained skills that will help the practice and advance her career.

Even with good planning and training, community practices need to consider additional strategies to manage the mismatch of supply and demand for oncologists. Senior physicians may be allowed an easier on-call schedule to encourage them to delay retirement. Those who have officially stepped down may be interested in locum tenens work, filling in for doctors who are on vacation or leave. Zon said her practice is considering setting up a telemedicine program so that retired colleagues who have moved away can continue as consultants.

Meanwhile, practices looking for new doctors face many challenges. Competition for oncologists, big recruiting bonuses offered by hospitals, fellows’ misperceptions about community oncology, and the financial pressures on solo practitioners and small practices can make recruitment difficult, particularly in rural areas. “I happen to know somebody who owns a single-provider practice, and it’s very, very well run. But trying to get a replacement for that physician is very difficult,” Zon said, adding that options include finding a recruiter “or, I hesitate to say this, but potentially looking at a different model where basically the practice gets sold to the hospital.”

Page said he receives many applications from good candidates who are eager to live in the Fort Worth area, though he loses some to Texas Oncology, his much larger competitor. Sidhu works with several headhunters, and it takes him 6 to 9 months to hire a physician, he said. Zon’s practice has used recruiting firms, and she and her colleagues ask their alma maters to recommend candidates.

Practice leaders say that many young doctors want lighter workloads and are happy to be employed by a hospital, rather than spending long hours building up their own businesses. However, Page said, some potential recruits do exhibit an entrepreneurial spirit and are excited about the challenges and rewards of community oncology. Being transparent with candidates about the financial and professional benefits of joining a practice and the opportunity for professional satisfaction can help build enthusiasm," Zon said.

Longer-term solutions to the recruiting problem may need to come from medical schools and the larger healthcare system. During a panel discussion at the Community Oncology Alliance conference in April, Simon Abi Aad, an oncology-hematology fellow at the University of Miami, said he was taught that community oncology is dying and that newly hired young doctors at independent practices are overworked, with no time for research or personal lives. The conference had showed him those perceptions are inaccurate, he said.

If payment reforms eventually end the financial advantages of hospital oncology programs, physicians will flood back into community settings, said panel speaker Barbara McAneny, MD, who is president-elect of the American Medical Association and CEO of New Mexico Cancer Center. “There will be a lot of hospitals who are going to be telling their oncologists and everybody else, ‘Thank you for your years of service, have a nice day.’ We’re going to have to be ready to bring those people into our practices and teach them some of the basics.