About 5 years ago, Texas Oncology moved to improve accountability and pathways compliance by introducing a pay incentive that put 2% to 3% of a physician’s pay at risk. 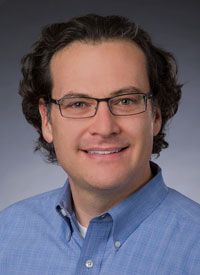 About 5 years ago, Texas Oncology moved to improve accountability and pathways compliance by introducing a pay incentive that put 2% to 3% of a physician’s pay at risk. The amount at stake for failure to achieve benchmarks was not huge, but the program worked, according to Lalan Wilfong, MD, who has served as administrator. The physicians had children’s private-school tuition and other large expenses to pay, and they were highly averse to any loss of income. “It really didn’t take a lot to have physicians’ anxieties raised enough to help with that pathways process,” said Wilfong, who discussed the incentive program at a recent meeting of the Community Oncology Alliance. With 420 physicians and 175 practice sites at Texas Oncology, there was much potential for divergence in pathways conformance. The oncology chain established an 80/20 rule: 80% was considered the optimal pathways adherence rate, and it was recognized that physicians would need to deviate about 20% of the time to address unusual patient cases. Under this system, physicians who achieved at least 75% compliance would receive 100% of their pay. After the incentive plan and the support tools were instituted, the compliance rate rose from the prior level of 78% to 89%, Wilfong said.

The system also turned out to be an adequate incentive to get physicians thinking about improving their performance metrics, including hospitalization and emergency department (ED) visit control, advanced care planning, and shared decision making. But developing a workable system was complicated, Wilfong said.

Some physicians had their own ways of doing things, based in part on their training. In addition, new drugs were expected to emerge that physicians would recognize as superior treatments long before they were incorporated into pathways. Further, when deciding to hold physicians accountable for costs and outcomes, it was necessary to know their limitations and understand what was beyond their control, Wilfong explained. Higher patient hospitalization rates are to be expected in some medical specialties; and physicians who do transplants are less likely to follow pathways because of the uniqueness of the patient populations they work with. “Their pathways performance is very poor,” he said.

To address these situations, Texas Oncology instituted a review process. Physicians who want to go off pathway must explain why to their clinic’s medical director. If there is still a disagreement, the physician can go before an exception committee. “What I tell my physicians all of the time is, you should be able to stand up in a room of medical oncologists who are all reasonable, rational people and convince half of them that what you’re doing is correct; and if you can’t stand up in a room and convince half of us that what you’re doing is the right thing for your patient, then you probably shouldn’t be doing it,” Wilfong said. In addition, an approval for an off-pathway choice of treatment is needed before the dispensary will mix a related chemotherapy formulation.

Also, Texas Oncology has sought to avoid overcompliance with pathways, as it can signify that a physician isn’t paying enough attention to a patient’s needs. Wilfong said he was reviewing the records of some physicians in his group who are 100% compliant with pathways. It’s important that physicians act appropriately when an established treatment path is not ideal for a particular patient, Wilfong said, adding that fear of deviation also should addressed. “I want to make sure that the physicians feel comfortable recognizing those times when it is appropriate to look at nonpathway-based therapy.”

The information that CMS has dispensed to support practices enrolled in the Oncology Care Model (OCM) has yielded a wealth of data on rates of hospitalization and emergency department (ED) use, Wilfong said. It revealed much variability in the way patients were being managed. Administrators plan to make hospitalization rates a factor in calculating bonus pay in the future, but for now they are working with individual treatment centers to better control rates of hospitalization and ED use. This may involve, for example, ensuring that patients’ phone calls are answered and an effective triage system is in place “so a patient doesn’t sit there in an emergency department because somebody didn’t call them back,” Wilfong said.

Some patient-centered skills have generally not been taught in medical school or emphasized during training, and awarding pay based on performance can be unfair, Wilfong said. For example, many physicians are unaccustomed to holding end-of-life planning discussions with patients, and they should not be held accountable for exercising skills that they do not have. To address that problem, Texas Oncology prepared a set of questions physicians must ask patients and made physicians accountable for asking them. “It’s been shown to lead to more improvement in hospice utilization and duration, participation at end of life, and less-aggressive care at the end of life, so it’s a validated patient value survey,” Wilfong said. “It’s just very difficult if you have not done it regularly.” Texas Oncology clinics that deal with the most severe cases of cancer—such as metastatic lung, pancreatic, and colon cancers&mdash;have been pushed hardest to improve end-of-life care, because this is where improvements can make the biggest difference. “Those are the highest-risk patients for poor outcomes, Wilfong said.”

Although pathways can be standardized and physicians can be motivated, complications may arise when patients themselves have unusual preferences for treatment, Wilfong noted. He recalled a patient who wanted heavy-duty painkillers for even low levels of discomfort. Another suffered from high levels of pain but was strongly opposed to taking opioids and accepted a prescription only after Wilfong insisted that he had to document having done so.

Encouraging competition among physicians also has been a strategy for improving performance at Texas Oncology, which instituted a “stoplight” system of red, yellow, and green to rate physicians on particular metrics. “I’m hoping physicians will not want to be red,” Wilfong said. “They will want to be yellow or green. I’m hoping they will want to get better and want to compete with one another on all of these metrics.”

Physicians may tend to overrate their own performance, and sometimes a reality check can be helpful, Wilfong said. He used to believe that he was very good at advanced care planning and he assumed his Medicare patient hospice utilization rate was as high as 85% or 90%. In fact, Medicare data revealed his rate to be around 55%. “I went back and reviewed my patient charts and found that I’d missed multiple opportunities for introducing the concept of hospice,” Wilfong recalled. “I remember seeing patients and thinking, ‘I should have that conversation,’ but I didn’t, because I was busy and I was behind, and I thought I’d just do another chemotherapy today and we’d talk about it the next time. Well, sometimes there isn’t a next time.”

If evidence suggests that a physician needs to improve, a new problem arises: broaching the subject with that particular physician often is not easy, and getting the physician to accept and adhere to a corrective plan of action also is a challenge, Wilfong said.

Individual physicians react very differently to news that they need to adhere more closely to systems designed to improve outcomes and lower costs. A veteran of many such confrontations, Wilfong described various personality types that make implementing change an elusive goal. “Some physicians want to focus on more detail. They only want more data and more explanation, and they never really take the time to make meaningful changes,” he said. “Some immediately flood you with explanations: ‘Well, I’m busy with other things. I’ve got all these management things I need to do.’ And they just automatically go and explain without thinking about changing. Some of it is time. How many physicians tell you they just don’t have enough time?”

Texas Oncology is currently putting only a small percentage of physician pay at risk, but Wilfong disclosed that there are plans to increase that amount: the general opinion is that 10% of pay should be at risk. Texas Oncology hopes to eventually broaden the number of metrics for accountability to include not just pathways compliance but also hospice utilization, treatment plans, and end-of-life care.