Timing of Immunotherapy Stoppage in Lung Cancer Varies Depending on Progression, AEs, and Cure

Each situation for stopping immunotherapy in lung cancer has its own complex nuances to consider before the decision is made to cease treatment. 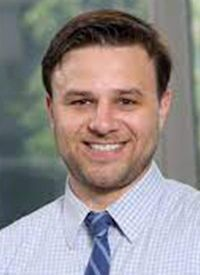 For patients with lung cancer being treated with immunotherapy, there are 3 basic scenarios that dictate the stopping of treatment: progression, toxicity, and cure. However, each situation has its own complex nuances to consider before the decision is made to cease treatment, according to a presentation by Matthew D. Hellmann, MD, at the 16th Annual New York Lung Cancers Symposium.1

“There are 3 scenarios in which the consideration to stop therapy comes up, some of them that might seem simpler than others,” said Hellmann, a medical oncologist at Memorial Sloan Kettering Cancer Center. “The first, which might seem like the simplest, is at progression when the patient is no longer benefiting. Of course, [in most cases] we would stop. But there are some nuances in [terms of] considering whether a patient is benefiting, both in the context of refractory disease as well as in the context of acquired resistance (AR).”

In the case of patients with refractory disease, clinicians should consider lesion-level outcomes, according to Hellmann. When treating patients with acquired resistance, oligo vs systemic resistance must be carefully evaluated, Hellmann said.

In primary refractory disease, the typical conception when there is RECIST-defined progression at first scan would be to stop treatment due to a lack of benefit. However, lesion-level heterogeneity may reveal an incomplete or heterogenous response to PD-1 blockade. In these situations, clinicians should utilize lesion-level response assessments matched with biomarker analysis to better interpret efficacy, and potentially continue PD-1 blockade as a part of the next line of therapy.

In the phase 1 KEYNOTE-001 (NCT01295827) trial, a study of patients with lung cancer, melanoma, and gastric cancer, there was a cohort of 432 patients with non–small cell lung cancer (NSCLC) where 41% were considered primary refractory to pembrolizumab. Here, there was a 60% mix of growing, stable, or shrinking lesions; only 22% of patients had growing lesions at all sites. Additionally, a significant subgroup of the population (26%) was reported to have at least 1 shrinking lesion and 8% of patients achieved shrinkage in most lesions.2

Hellman noted that the most easily deducible point to stop immunotherapy in patients with refractory disease is when patients are experiencing growth at all lesions. He pointed out that in the patients with lesion heterogeneity, there should be some consideration as to whether pembrolizumab indeed contributed a degree of benefit and if continuation in some form would aid in the treatment of these patients. About 10% of patients who are characterized by RECIST as having refractory disease are arguably mostly benefitting from treatment, Hellmann said.

In terms of patients who develop AR to immunotherapy, there can be different patterns that are most reflected when considering individual lesion level responses. In an unpublished analysis of patients who had developed oligo AR or systemic AR, patients with oligo AR derived a greater post-progression overall survival benefit (P <.001). Local therapy also had a benefit in patients with oligo AR (P = .04) compared with systemic therapy. Moreover, AR occurring at a single site does not necessarily mean that the therapy is failing across the body, Hellmann said.1

“In both [refractory and AR], it requires us to think past just the overall average patient, but instead focus on what's happening at the individual metastasis level or at a lesion level in response to treatment,” explained Hellmann. “This can inform our understanding of what's happening, what sorts of drugs are working, and how best to continue or stop.”

In terms of toxicity informing when to cease immunotherapy, treatment should usually be halted after a severe immune-related adverse event. However, when an event occurs early during treatment, there can be additional benefit for the patient derived by resuming therapy. In a study of patients with NSCLC who were retreated with immunotherapy following toxicity, investigators found that there was an overall survival benefit in patients who were retreated (HR, 0.45; 95% CI, 0.21-1.0; P = .049) compared with those who discontinued therapy altogether. The benefit was predominantly seen in patients who experienced early toxicity.1,3

“It's rarely possible for patients to benefit from the resumption of treatment after toxicity,” said Hellmann. “But it was only patients that had an early toxicity. Our paradigm has been that if you have an early toxicity, and if you're still not sure whether the patient benefiting from treatment, it's a reasonable place to consider resuming therapy.”

In the small number of patients with metastatic disease who are cured as a result of treatment with immune-based therapy, clinicians must decide whether continuing treatment is reasonable or necessary.

“We found that if you did have detectable ctDNA, unfortunately, relapse was likely and probably going to happen soon,” concluded Hellmann. “But, in those patients that were negative at 1 or 2 years after beginning treatment and still doing well, if no ctDNA was detectable, they remained doing well for many years thereafter. This fraction of patients may well represent those who are approaching cure, and for whom we may consider stopping treatment.”