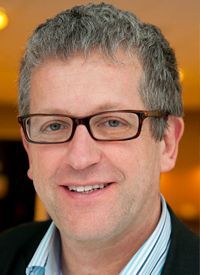 Results from the study, which were presented during the 2021 ESMO World Congress on Gastrointestinal Cancer, showed that the triplet induced a confirmed objective response rate (cORR) of 47.8% (95% CI, 37.3%-58.5%). Although no complete responses were reported, 47.8% of patients achieved a partial response and 40.2% achieved stable disease, translating to a disease control rate of 88%.

“The encouraging results support exploring the combination of encorafenib plus cetuximab with chemotherapy in the first-line setting,” lead study author Eric Van Cutsem, MD, PhD, professor and Division Head of Digestive Oncology at University of Leuven and University Hospitals Gasthuisberg, in Leuven, Belgium, said in a presentation on the data. “The phase 3 BREAKWATER trial [NCT04607421] is now ongoing.”

BRAF V600E mutations occur in approximately 10% to 15% of all patients with metastatic CRC, and often confer a dismal prognosis. Prior studies examining chemotherapy regimens in this patient population have demonstrated poor outcomes. For example, frontline irinotecan-based chemotherapy with or without cetuximab has been shown to result in a median overall survival (OS) of up to 14 months; the median progression-free survival (PFS) with this approach was up to 8 months, and the ORR was up to 19%.

Currently, international guidelines recommend doublet or triplet chemotherapy with or without anti-VEGF agents for those with RAS wild-type/BRAF-mutant metastatic Data from the first randomized study examining the first-line treatment of BRAF V600E–mutant metastatic CRC supported the use of folinic acid, 5-fluorouracil, oxaliplatin and irinotecan (FOLFOXIRI) plus bevacizumab (Avastin), as this approach resulted in an ORR of 51%, a median PFS of 8.3 months, and a median OS of 16.8 months.

However, BRAF inhibitors alone remain ineffective in this patient population due to feedback activation of the EGFR which leads to continued cell proliferation. Feedback activation could potentially be overcome by targeting the MAPK pathway, and new effective therapies are urgently needed.

Overall, 90 patients were examined on the study, which utilized a 2-stage design. To be eligible for enrollment, patients had to have confirmed metastatic CRC with a BRAF V600E mutation that has not been treated in the metastatic setting and they had to have an ECOG performance

status of 0 or 1. Additionally, no prior treatment with a RAF inhibitor, MEK inhibitor, or anti-EGFR inhibitor was permitted.

Forty-one patients were enrolled to stage 1 of the trial, where they received treatment with encorafenib, binimetinib, and cetuximab, and after more than 12 responses were observed, stage 2 enrollment began. In total, 54 patients were enrolled to stage 2, and received the same treatment regimen. Treatment continued in both stages until disease progression, intolerable toxicity, or consent withdrawal. Follow-up on patient survival occurred every 3 months.

The primary end point of the study was investigator-assessed cORR, and secondary end points included PFS, OS, safety, quality of life, and pharmacokinetics.

At the time of the data cutoff date of June 29, 2020, 79% of patients discontinued study treatment; 64% did so because of disease progression, 21% because of toxicity, 8% due to physician decision, and 7% for another reason.

In terms of safety, adverse effects (AEs) of any grade were reported in 98.9% of patients, with serious AEs observed in 51.6%. AEs that led to a dose interruption or dose reduction of at least 1 study drug occurred in 74.7% of patients, and 24.2% experienced an AE that led to the discontinuation of 1 or more study drugs. Additionally, 3 patients experienced an AE that resulted in death.

No meaningful changes in patient-reported outcomes were noted.

“Overall, the results reported with the combination are similar to that observed with recommended chemotherapy-based regimens in first-line BRAF-mutant metastatic CRC,” Van Cutsem concluded. “The triplet combination was well tolerated and manageable, with no unexpected toxicities.”