An independent panel determined that the investigational agent VB-111 met the interim prespecified efficacy criterion in the phase III OVAL study in patients with platinum-resistant ovarian cancer, and that the trial should continue without modification. 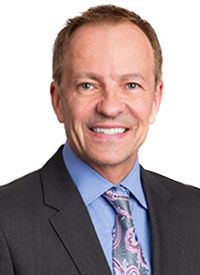 An independent panel determined that the investigational agent VB-111 (ofranergene obadenovec) met the interim prespecified efficacy criterion in the phase III OVAL study in patients with platinum-resistant ovarian cancer, and that the trial should continue without modification, according to VBL therapeutics, the company developing the novel anticancer gene therapy.1

Specifically, combination therapy with VB-111 and paclitaxel hit the predetermined benchmark of an absolute percentage advantage of ≥10% in CA-125 response compared with paclitaxel alone. In the first 60 randomized evaluable patients, the overall CA-125 response rate was 53%.

“Assuming a balanced randomization, the response rate in the treatment arm (VB-111 in addition to weekly paclitaxel) is 58% or higher,” VBL explained in a press release. Further, the response rate was 69% among patients who had post-dosing fever, a known marker for VB-111 treatment.

“The encouraging interim readout in this randomized controlled study, together with the promising data seen in the earlier VB-111 phase II are signals for the potential of VB-111 in platinum-resistant ovarian cancer, an indication with a major unmet need," the chairman of the OVAL study Steering Committee, Bradley J. Monk, MD, FACS, FACOG, co&#8208;director of GOG Partners, Arizona Oncology (US Oncology Network) and Professor, Gynecologic Oncology at University of Arizona, Creighton University, Medical Director of US Oncology Research Gynecology program in Phoenix, Arizona, said in the press release.

Data were previously reported for a prospective, open-label, dose-escalating phase I/II study (NCT01711970) assessing the combination of VB-111 and paclitaxel in patients with platinum-resistant ovarian cancer.2 The median patient age was 65 years (range, 41-79) and the median number of prior lines of therapy was 3 (range, 1-4). In the phase II part of the study, VB-111 was administered at 1x1013 viral particles every 8 weeks along with weekly paclitaxel at 80 mg/m2.

Among patients who had a >50% decrease in CA-125, there was a favorable OS trend. The investigators reported that posttreatment fever was linked to improved OS, at 808 days for those with fever versus 479 days for those without fever (P = .27).

There were no dose-limiting toxicities observed. According to investigators, VB-111 was well tolerated. Of note, the treatment was associated with flu-like symptoms that were generally mild.

“We are very pleased by the outcome of this [phase III] interim analysis, which demonstrates the potential benefit of VB-111 over standard-of-care in a randomized-controlled study,” Dror Harats, MD, chief executive officer of VBL, said in the press release. “The OVAL phase III interim data are at least as good as the CA-125 response results observed in our VB-111 phase II study, which enrolled a similar patient population. This encouraging interim result adds to the promising data seen with VB-111 across our phase II studies in multiple indications.”